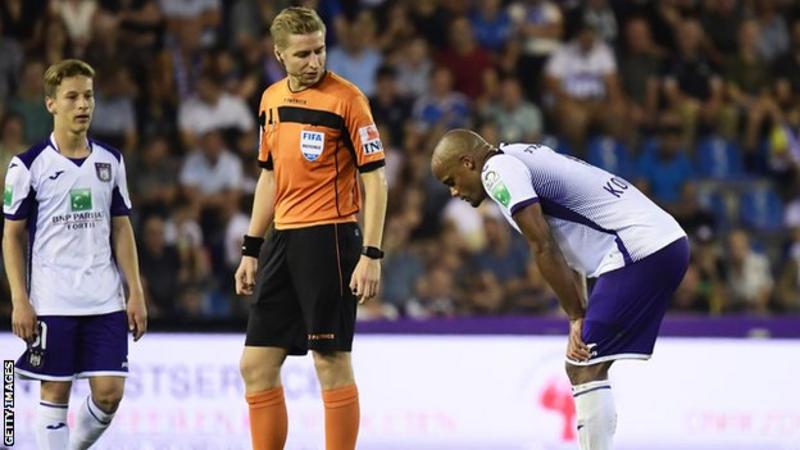 Former Manchester City defender Vincent Kompany will miss his own testimonial due to a hamstring injury.

The 33-year-old was due to play for a City legends team against a Premier League legends team on Wednesday evening at Etihad Stadium.

But the Belgian, who left City after 11 years to join Anderlecht as player-boss in the summer, will not take part.

“I won’t be playing, unfortunately,” he said. “It is typical of me. I have a slight hamstring injury.”

He continued: “There are still plenty of awesome players to be watching and it’s about the celebration and to say goodbye – I don’t need to be on the pitch as such.”

The money raised from the friendly will go towards Tackle4MCR, a charity Kompany set up with Greater Manchester Mayor Andy Burnham to help with homelessness in the city.

Since leaving the club, City have lost Aymeric Laporte due to an injury sustained in their 4-0 defeat by Brighton, but Kompany says he does not believe the team has been weakened by his absence.

“The key strength of this Manchester City team and what Pep has been able to do with this team is relying more on the system than the individuals,” he said.

“If you go back through the past two years in which the team won five of six available domestic trophies, we had to deal with long spells without Fernandinho, Kevin de Bruyne, myself and Sergio Aguero. These are big players and the team has never seemed to collapse.

“They can avoid and recover this gap by becoming a stronger team but I don’t see City weakening. Pep is way too aware of this danger to let it happen and the players have experience now as well.”

Meanwhile, Kompany also believes Liverpool’s Virgil van Dijk is the best defender to have played in the Premier League.

He said: “I go back to players that really impressed me when I played against them, central defenders, I would bring it back to Virgil van Dijk.

“Being a defender is how you make your team more solid. The Liverpool before Van Dijk and after – it is a completely different set-up.”