It's not just in the A-League that Melbourne Victory are flying high.

The club's W-League team is aiming to recapture past glories this season by making the finals for the first time in five years and winning the league. 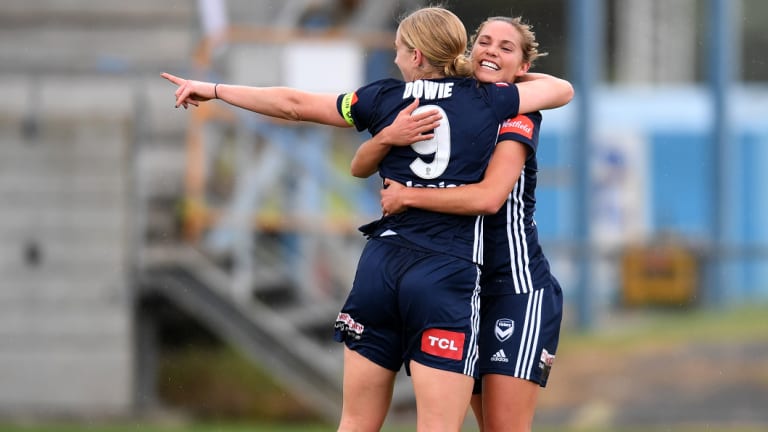 Victory have won one W-League championship, which came in 2013-14 and they were runners-up the year before. Since then it has been a blank.

However, under coach Jeff Hopkins, these past couple of years have been an improvement and at this stage of the campaign Victory look to be one of the favourites for the 2018-19 championship.

They are at the top of the table with 13 points from five games, four clear of second-placed Perth, who are above Sydney and Adelaide on goal difference. The latter two have also played one game more.

Victory had the bye last time out, something Hopkins wishes had not been the case as they prepare for Sunday's game away to Brisbane Roar.

''We could have done without that really as it would have been good to keep going given the momentum we have built up, but hopefully we will be able to get straight back into our rhythm,'' Hopkins said on Saturday.

''We have had a very good start, but we are just coming up for halfway so plenty can happen.''

English striker Natasha Dowie won the most recent PFA W-League player of the month award. Hopkins said it was more than merited.

''Natasha has been our most consistent player. You put her in front of goal, give her good service and she will score goals consistently," he said.

''She's been getting good service from Christine Nairn, Grace Maher, Emily Gielnik and Dani Weatherholt, and the team is really bonding well as a unit.''

Hopkins said that may be due to the fact Victory have been together longer than usual.

''We managed to get them back together earlier this year, we got Natasha and [Matildas defender] Laura Alleway for the whole pre-season. They learnt about each other's style quicker, and bonded for a longer period which is helping on and off the field.''