PARIS — As the men’s World Cup was winding down last summer in Russia, FIFA’s president, Gianni Infantino, used his final news conference to heap praise on the video assistant referee system, which had been used for the first time at the tournament. It had become, Infantino declared, “difficult to think about the World Cup without V.A.R.”

It remains to be seen whether Infantino was referring only to the men’s game when he essentially called the technology indispensable.

To the dismay of some top players and coaches in the women’s game, FIFA, the governing body of international soccer, has not confirmed whether V.A.R. will be used at the Women’s World Cup next summer in France. For some, the organization’s failure to take advantage of the technology — already widely used in men’s domestic leagues and coming soon to the UEFA Champions League, club soccer’s highest-profile competition — is yet another sign that the organization sees female players as second-class citizens.

“The men had it at their World Cup,” said Becky Sauerbrunn, a veteran defender for the United States women’s team. “The women should have it at theirs.”

The American women and their coach, Jill Ellis, have been outspoken in their belief that V.A.R. should be used in their games next June. There are a host of other, more pressing issues within women’s soccer, they acknowledged, and a variety of potential initiatives that would have greater effects on the game.

But in their eyes, this one is a no-brainer — an easy win and simply the right thing to do, especially for FIFA as it publicizes its efforts to address gender inequality in the game.

“When it first came out, I didn’t really like it,” the Australian striker Sam Kerr told the broadcaster SBS in October. “But I think after watching games with it and without it, for calls that are definitely not goals, it works.” 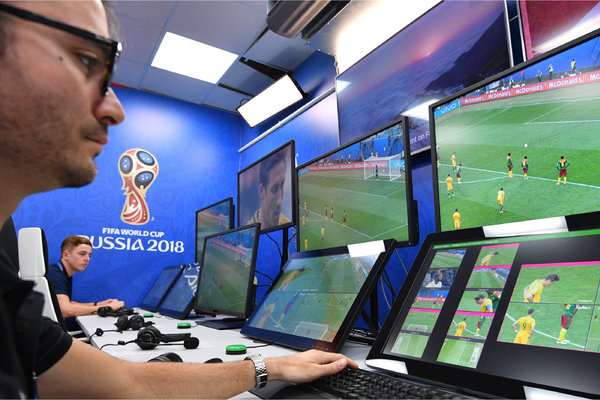 Hold on a Second: Video Review Comes to the World Cup

This year, video replay will be used to assist match officials at the World Cup. Here’s what they hope to get right, and what could go wrong.

Still, six months before the opening game of the World Cup, and days before the draw to set the field, the fact that FIFA had not revealed a decision on V.A.R. for the tournament left some players rolling their eyes.

“They don’t truly, in the way they care about the men’s game, care about the women’s game,” the American forward Megan Rapinoe said of FIFA. “It’s not to say that every single thing needs to be the same. I understand commercially the men’s game is a lot bigger and brings in more money. But there are certain things where it is really clear they don’t care about us or are not even thinking about us at all.”

Ellis said she had been at a coaching seminar in Zurich in October when a FIFA official explained that the organization was focusing on March as a deadline to make a decision on whether it would implement the video technology at the women’s tournament.

Ellis said she and her peers had continued to push for the system to be used next summer — she called it “hugely important” — and that they had been unimpressed with what they saw as pre-emptive excuses for going without it, namely that there had not been enough time to train female referees to use it.

In an email, a FIFA spokesman said, “We are still in an evaluation phase,” but declined to comment further on the process. The organization may, however, be quietly working on a solution.

This week, FIFA named the 27 referees and 48 assistant referees — all of them women — slated to work at the World Cup next summer.

This month in Abu Dhabi, those referees will take part in the first of several training seminars leading to the World Cup. The current program for the first seminar includes sessions focused on video review, according to a person familiar with the schedule. That suggests that FIFA will make an effort to begin training the referees to use the V.A.R. system, though it offers no guarantee that it will be implemented next summer.

FIFA’s video review system employs a video assistant referee — working either on site or in a video room at a remote location — in addition to the traditional crew of four officials on the field. The video assistant role requires the most specialized training, according to several referees experienced with the system, while the on-field referees would primarily need practice communicating with the system in live settings.

That has led some to envision a hypothetical situation (among many hypothetical situations) in which a group of male assistant video referees — the great majority of international officials trained in the technology, at the moment, are men — could be added to the previously announced all-female refereeing roster. The move would be controversial — the Women’s World Cup has long been overseen only by female officials — but Ellis supports it.

“Hire the men in the booth, then,” Ellis said about the idea that there might not be enough time to train the female officials. “I don’t care about gender. I want equality.” 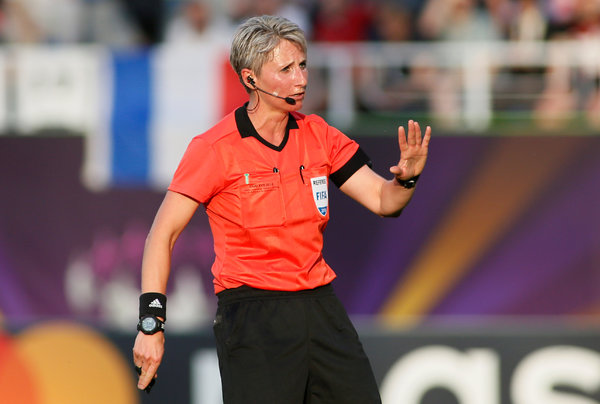 Rapinoe said the will-they-won’t-they questions about V.A.R. for the women’s tournament were a small example of a larger problem still plaguing the administration of women’s soccer on the global stage. Still fresh in her mind was the debate that emerged before the previous women’s World Cup, in Canada in 2015, over the tournament’s use of artificial turf.

“It would be nice, just in general, when world football is rolling out some new initiative, new technology, new whatever, to just roll it out for the entire game,” Rapinoe said. “I feel like it’s constantly: ‘Well, what about us? What about us?’

“It’s just really frustrating and disappointing and makes us feel like a constant nag. We’re constantly having to bring up all these things.”

In the meantime, the use of video review continues to expand in the men’s game. Just this week, UEFA, the governing body of European soccer, announced that V.A.R. would be implemented at several tournaments, including the knockout stages of the current Champions League tournament next year and the finals of its Europa League and Nations League competitions. England’s Premier League has approved its introduction beginning next season.

The American players said they would be saddened, but not surprised, if the Women’s World Cup proceeded without video technology. But like everyone else, they can only wait to see what FIFA decides.

“I am still hopeful they do the right thing,” Sauerbrunn said. “For once.”