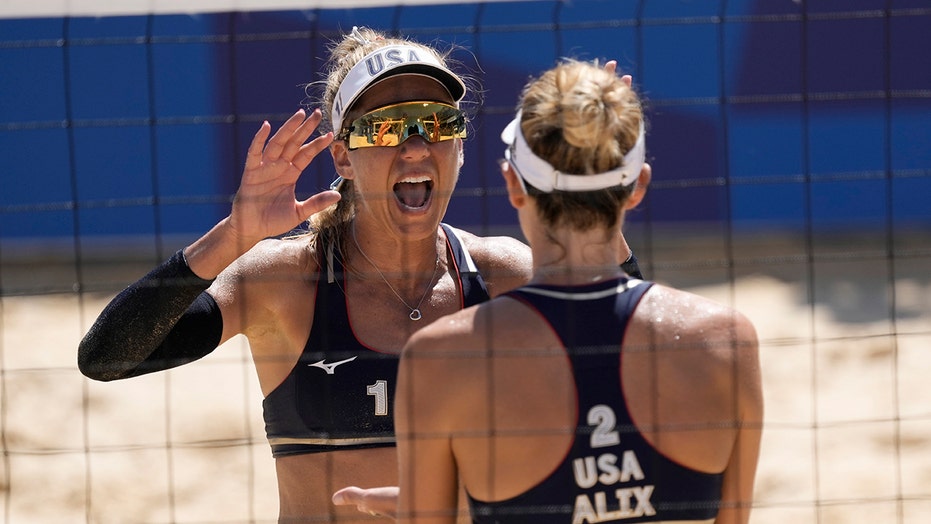 US Olympian beams with love of her country

The American “A-Team” has advanced to the gold medal match of the Olympic beach volleyball tournament.

April Ross and Alix Klineman beat Switzerland 21-12, 21-11 at Shiokaze Park on Thursday to clinch at least a silver medal. It will be the third medal for Ross, who won silver in London and bronze in Rio de Janeiro. Klineman is a first-time Olympian.

Switzerland’s Joana Heidrich and Anouk Verge-Depre will play for the bronze against the loser of the second semifinal, between Australia and Latvia.

The Americans never trailed in the first set. They lost the first point of the second before rolling off three straight points to take a lead they never relinquished.

The victory also assures the United States of a beach volleyball medal for the seventh straight Summer Games. That’s every one of them since the sport was added to the program in Atlanta in 1996.

Only Brazil had achieved the same success — until now. It has been shut out in Tokyo for the first time, with none of its teams reaching the semifinals.