WALLABIES wonderkid Jordan Petaia has the potential to be the best player on the planet – according to his teammates.

The 19-year-old star will be unleashed at centre against England in Saturday's mammoth quarter-final. 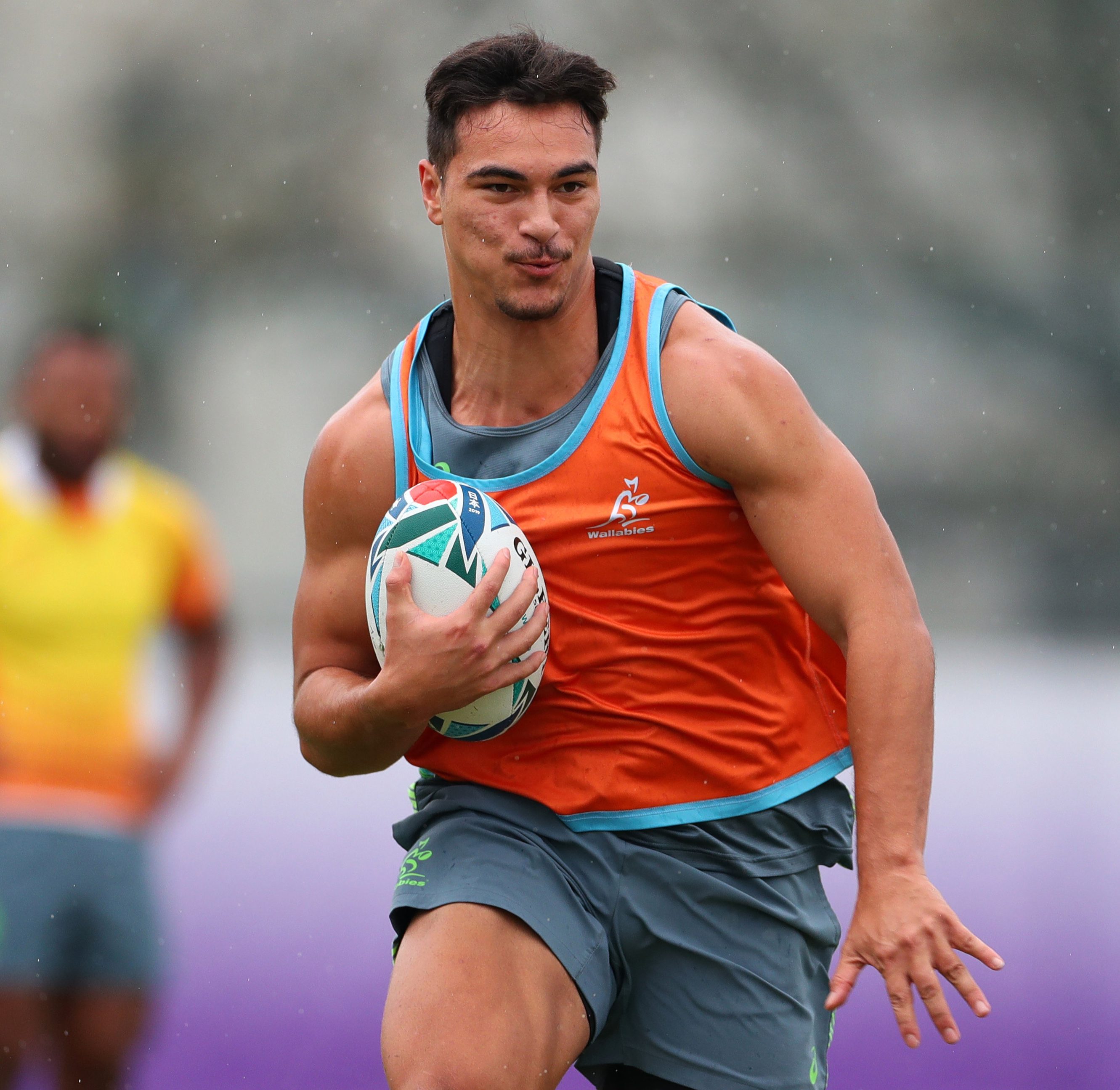 Petaia has played just two Tests for Australia, but scrum-half Will Genia rates the teenager as a world-beater already.

Genia said: "Jordan can be one of the best players in the world in the not so distant future."

Boss Michael Cheika said that he doesn't believe his rising star feels any of the pressure ahead of the Oita showdown.

Cheika said: "I trust him infinitely. He looks good as gold. I feel really happy about the selection of him.

"He's a good young rugby player, very relaxed, but very well prepared. He gives off a demeanour of pretty chilled, but he has been preparing himself for a long time. He has overcome injury and is already resilient.

"He has established relationships around the team, has carried the Wallaby around for a while as our youngest player, and is still doing it. He has a great demeanour and I really like him.

"I wouldn't be looking at the age of players at all, at either end of the spectrum. This is going to sound silly, but just go and play footie. I know that lad will rise up the challenge. I have seen that in him.

"We didn’t sit back and earmark this game for him to come and play at 13. The guy’s been in around the squad for a while now even though he’s young, he’s more than ready to do this."

Cheika went all-out with his selection of Petaia and told his team that they have nothing to be scared of despite losing six times in as many games against England since the 2015 World Cup.

He said: "The fear inside us is dead.

"We are not afraid to go there and get it. That means it will be a great game."

Cheika and Jones have cooled their simmering war of words that has rumbled for years.

And Cheika said that he still finds it odd that his old Randwick teammate is coaching England.

He added: "It always hurts me when an Aussie is over there. Trevor Bayliss, Wayne Bennett – I want them home. But it is what it is."