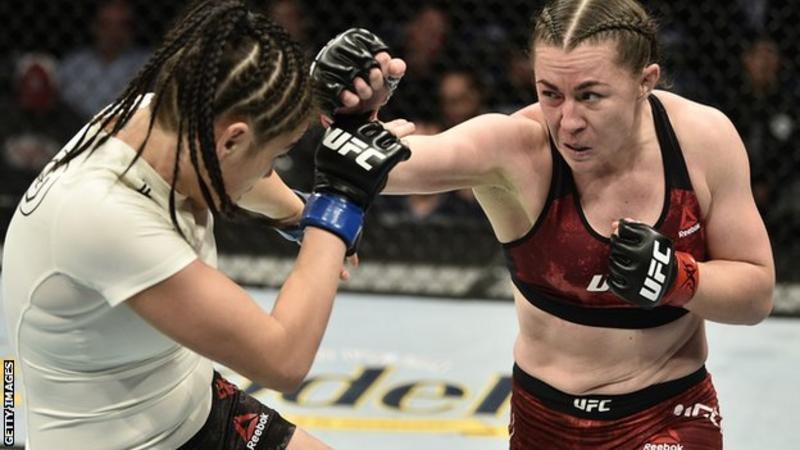 The 29-year-old from Liverpool completed a hat-trick of successive wins in 2019 with a comprehensive all-round performance.

She mixed up her striking with an ever-improving ground game to claim scores of 30-26 on all three of the judges’ scorecards at the TD Garden.

UFC debutant Belbita headed into the contest riding a four-fight win streak, and appeared to start the better of the two and quickly settled into her striking rhythm, but by the end of the opening round McCann was well on top.

A big takedown at the end of the first round gave a glimpse of things to come in the second as McCann switched her attack from striking to wrestling and dominated the Romanian, whose desperation to prevent another big takedown saw her deducted a point for repeated fence grabs.

When the action resumed McCann took Belbita to the mat, mounted her opponent and and unloaded a barrage of ground strikes that came close to earning the Liverpudlian a second-round finish.

I felt like I was going to be sick