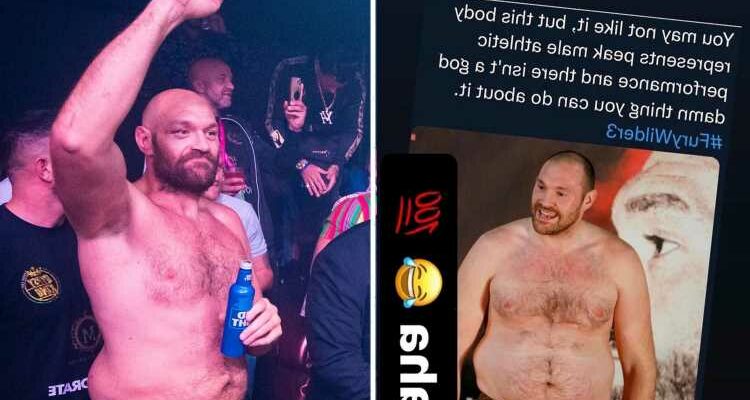 TYSON FURY has shared a photo of himself before his dramatic weight loss – and insisted he was at 'peak male athletic performance'.

The WBC heavyweight champ posted a flashback of how he looked before he was scheduled to rematch Wladimir Klitschko in 2016. 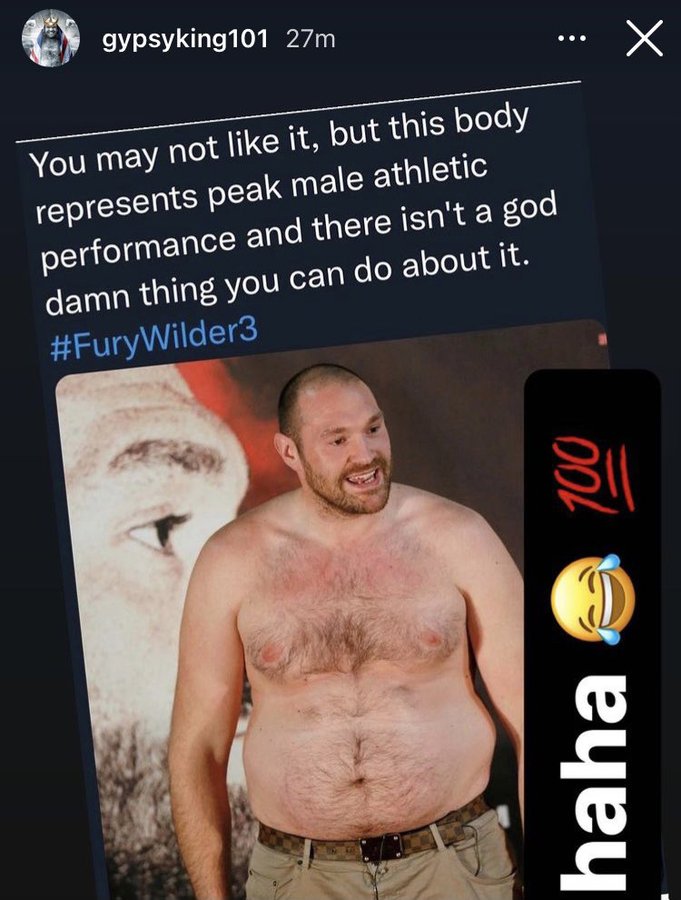 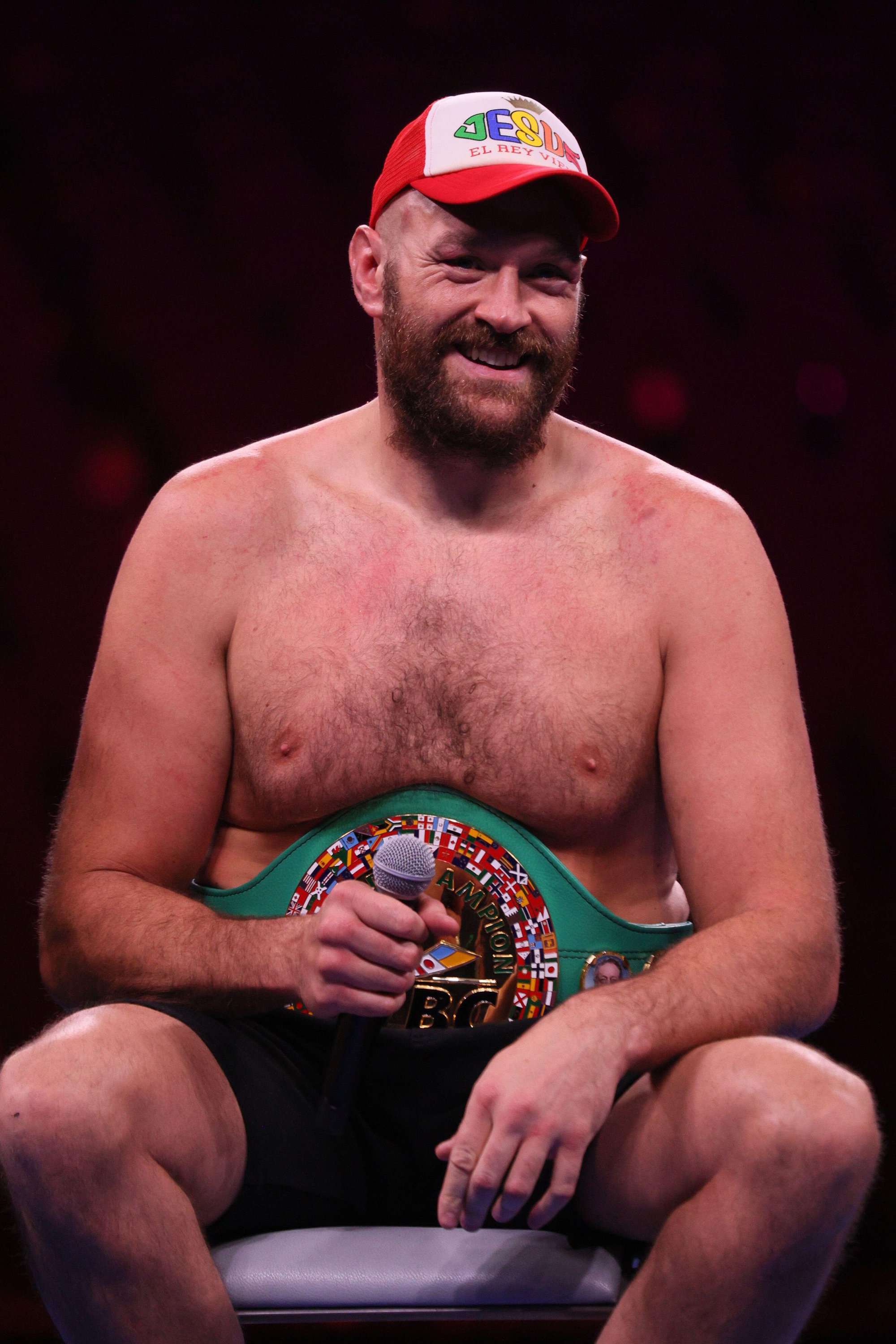 That fight never happened after Fury decided to take time out of boxing to battle mental health issues and alcohol addiction.

The Morecambe mauler also suffered with weight issues – ballooning up to 28st and admitting to gorging on pizza, kebabs and packs of chocolate.

He captioned a photo of him at a Klitschko presser: "You may not like it, but this body represents peak male athletic performance and there isn't a god damn thing you can do about it."

Fury weighed 19st 11lb for his trilogy fight against Deontay Wilder earlier this month – the heaviest he has hit the scales at for a fight.

But it clearly gave him the power he needed to KO his American opponent as the fight was waved off in the 11th round.

Fury shocked the world when he easily outboxed Klitschko in 2015 to become unified heavyweight champion.

But the Gypsy King had to give up all his titles to fight his demons outside the ring.

Then Fury made one of the most sensational of returns to the ring that culminated in him beating Wilder for a second time.

The pair drew their first meeting in 2018 – but most believed Fury should have been awarded the victory.

Fury is now enjoying some relaxing time off with his family following his exertions in Las Vegas. 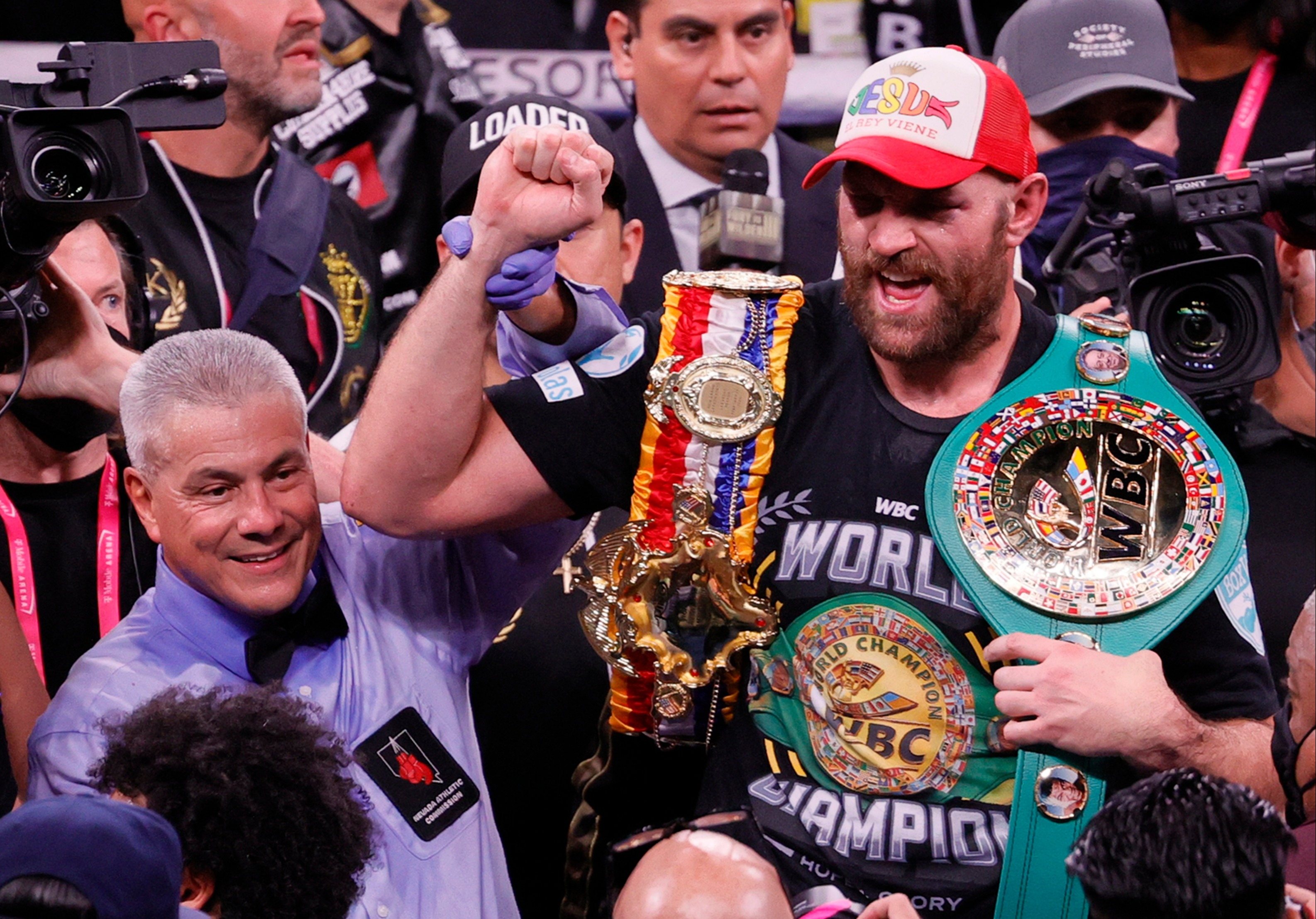