TYSON FURY has been named as the second best pound-for-pound boxer in the world by BoxRec.

And Mexican superstar Canelo Alvarez has been placed as No1 in the mythical rankings list, ahead of Terence Crawford and Errol Spence Jr. 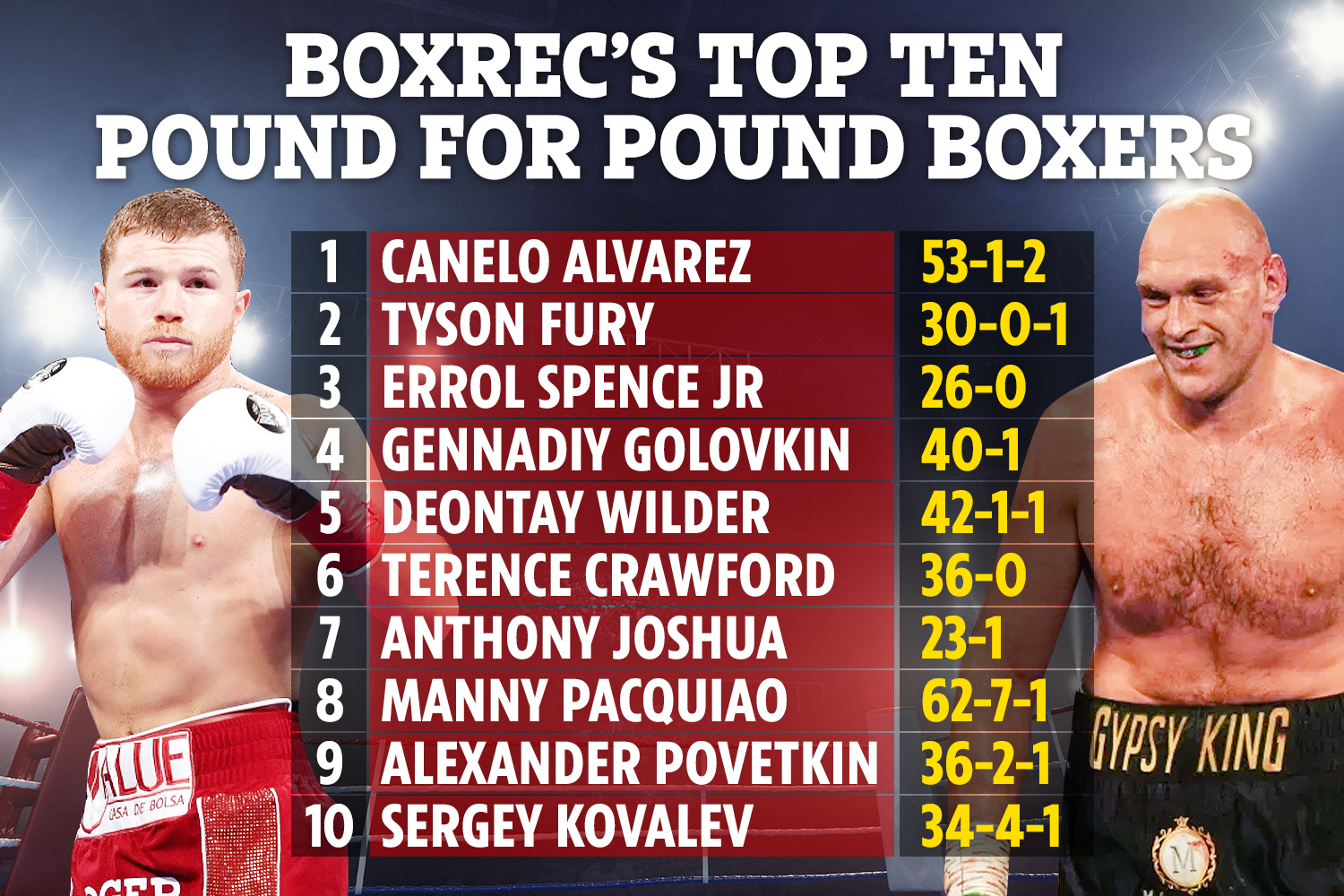 The ratings, which rank the best boxers in order of their accomplishments and records, have been made more confusing by BoxRec's points system.

Their website, widely used to research records and information, has a computer system to calculate their P4P top ten daily.

A boxer can gain or lose points depending on their record and move up or down based on when they last fought.

Fury, 32, did share news that he was BoxRec's No1 rated star, but Canelo, 30, has since replaced him, with everyone else moving down one.

Due to their points system based on records, the likes of Sergey Kovalev, 37, and Alexander Povetkin, 41, are surprise names on the list.

But there is no room for unified world champions Teofimo Lopez, 23, or Scotland's Josh Taylor, 29.

That is despite AJ owning three heavyweight belts while Wilder was dethroned of the WBC crown by Fury in February.

Filipino icon Manny Pacquiao, 41, fits in at No8, even though he has not boxed since winning the WBA welterweight title from Keith Thurman in July 2019.