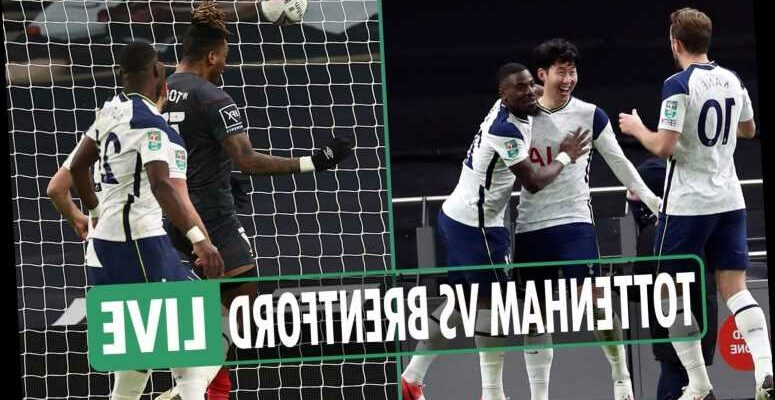 TOTTENHAM are through to the EFL Cup final after beating Brentford 2-0 at the Tottenham Hotspur Stadium.

Moussa Sissoko and Heung-min Son netted for Spurs, while the Bees saw Josh Dasilva sent off for a horror lunge after a VAR check.