JAMES WARD-PROWSE dashed Tottenham’s hopes of bringing him to North London by committing his future to Southampton.

The Saints skipper agreed to a new five-year deal with the Saints ending speculation linking him with the club’s Premier League rivals including Aston Villa. 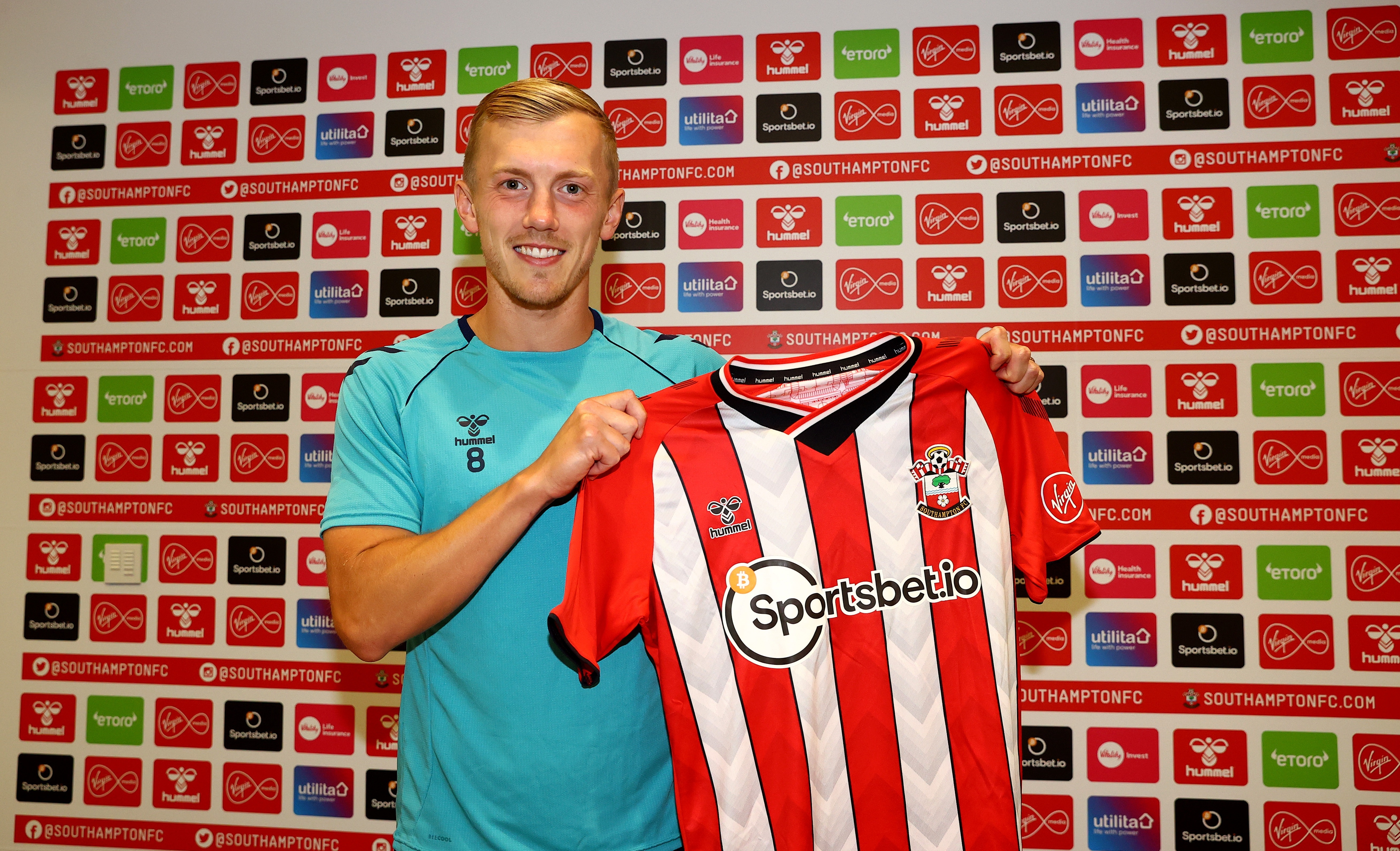 Confirmation of the England ace’s contract comes a month after Southampton reportedly rejected a £25million Villa bid for the attacking midfielder’s services.

It also comes days after rumours of Spurs entering the race to sign the player in the hope of reuniting him with his former Saints team-mate Pierre-Emile Hojbjerg.

On his new Southampton deal Ward-Prowse, 26, said: “To commit my future again to this football club is something I’m incredibly proud of and a new chapter begins now for me.

“It’s probably the first time in my career that I’ve had that link away and that talk, but I think I was very keen to sit down and talk to the club and it’s worked both ways.

“They’ve sat down and told me their admiration for me and the way they want me to lead the team.

"And this club has done so much for me, I can’t put into words the opportunities and chances that they’ve given me and I’m incredibly grateful for the club for doing that.

“I’m over the moon. I think I’m probably the happiest man in the world right now. To come to this decision, I think has been massive and is a big step forward.”

Ward-Prowse, who began his Saints career in the club’s academy at the age of eight, has made 323 first-team appearances for the side since making his senior debut at 16 in a League Cup clash against Crystal Palace in 2011.

Last term the Portsmouth-born player notched nine goals and eight assists in 44 appearances across all competitions.

The midfielder, whose team play Man United next, is the only the 28th St Mary’s ace to have made more than 300 appearances for the side.

And Ward-Prowse is hoping to achieve much more for the club with whom he has had an 18-year affiliation.

The Three Lions ace added: “I’m not finished yet here, I still have a lot left to give to this football club and I want to be there leading this team and ensuring I can give everything back and repay that faith the club have shown in me since I was eight-years-old."

Ralph Hassenhutl’s side, who finished 15th last term, are looking for their first win this season following their 3-1 away loss to Everton last time out.

But they face a potentially tricky clash with the in-form Red Devils who inflicted a 9-0 drubbing on a nine-man Saints team back in February.

The result is currently the joint-biggest victory in Premier League history alongside United’s 9-0 defeat of Ipswich in March 1995 and Leicester’s 9-0 defeat of Southampton in October 2019.