TOMMY FURY passed the first serious test of his boxing career with a win over one Scotsman and 600 Stokies.

The Love Island hunk and little brother of WBC heavyweight king Tyson, who had been slammed for his previous five push-over opponents, went to Telford to take on 2-0 fellow prospect Jordan Grant. 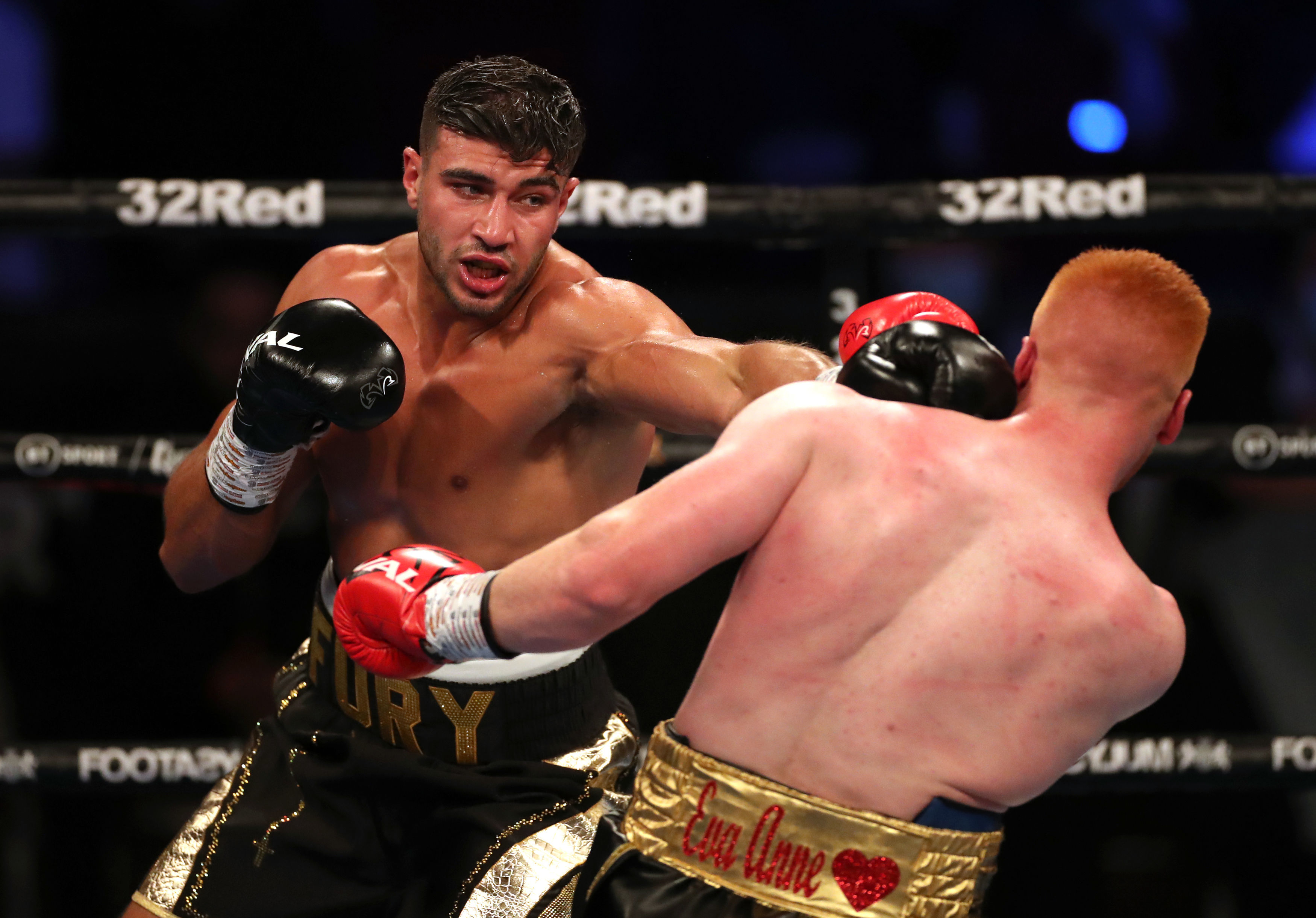 But his biggest battle came on his walk to the ring when the giant crowd in town to watch Potteries hero Nathan Heaney turned on the handsome ace.

The sun and beer soaked crowd made up tunes about Tommy’s interest in fighting American YouTuber Jake Paul and his beautiful girlfriend Molly Mae Hague.

The kindest ones we can publish were ‘You’re scared of Jake Paul’ and the cutting ‘Your bird's too fit for you’.

After surviving that grim stroll to the canvas Grant made a daring start, hurling a right hand that Fury evaded smoothly.

And the reality TV hunk cleverly walked him onto an uppercut later in the round when he bounced well off the ropes.

But the ruthless crowd cheered when Fury was hit for the first time in his career, getting his head jolted back by the underdog.

Fury’s jab and head movement at the start of the second were impressive and flame-haired Grant seemed to be burning out of the four-rounder.

The Scottish warrior kept marching forward, though, and he caught the celebrity sibling with a whipped left hook.

And Fury was fuming right on the third bell when Grant grazed him with an uppercut that came clearly after the ding.

At the start of the third, Fury tried to land that lead uppercut again but got a straight-right hand in the dish for his trouble.

But the mahogany-tanned ace scored with a string of shots later on when Grant recklessly barrelled at him and was punished.

In the fourth and final round, Fury kept the fight at distance and safely secured his sixth victory with the referee scoring it 40-36.

But a hard-to-please section of the 1,000 ringside fans chose to boo and get the chorus going again.