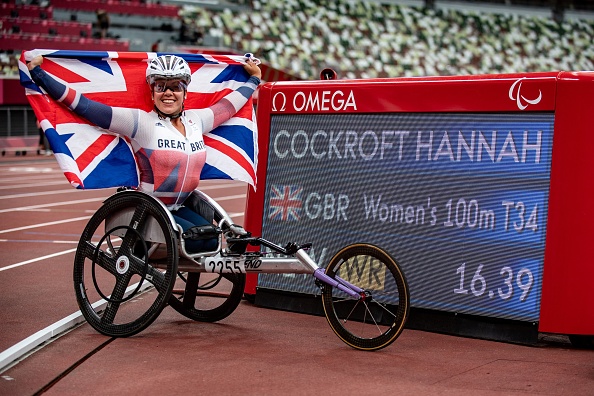 The 29-year-old, who has now won a stunning sixth Paralympic titles after winning three golds at Rio 2016, recorded a time of 16.39 seconds to beat fellow British team-mate Kare Adenegan, who took home the silver medal.

Wheelchair racer Cockroft will be going for one further gold in Tokyo when she competes in the T34 800m next week, but for now she’s focused on celebrating her achievement.

‘This last 18 months has been so weird and so, so hard. I just wish the stadium had been full to witness that,’ she said.

‘It’s so special. It just feels like a massive, massive relief. We didn’t know if we’d be here in Tokyo. I was so nervous. I did everything I could and thankfully it was enough.

‘I know Kare is a strong starter. She’s always good off the gun so I knew I had to let her go and take my time.

‘The 800m is my comfortable event now. I am confident but it’s all to play for.’