There was a moment when Charlotte Worthington was set on her bike, full weight on her pedals, chains taut, wheels stationary, looking at the big screen. Looking back at her were the top three and what looked a winning score of 96.10 from USA’s Hannah Roberts.

She had not watched Roberts’ run. And it was only when she was up high, looking at the 96.10, that she realised what needed to be done. “Geez, that’s a big score,” she said to herself. “Okay then,” and off she went, as Guns N Roses came through the speakers of the Ariake Sports Park, for some fun and games that would write her into history as BMX freestyle’s first Olympic women’s champion.

The title was claimed with a jaw-dropping ride that even the huge score of 97.50 does not do justice. Riders have two shots of 60 seconds to perform tricks and skills, judged on them across factors like difficulty, execution, height and originality, with the best of the two scores taken. For Worthington, perhaps, the extra element of recovery was a consideration.

Her second trick in the sequence was the most outlandish: a 360 backflip that she botched quite spectacularly in her first run. Yet, despite her arm and confidence still feeling the impact of a battle lost to gravity, she took it on again, landed perfect and became the first woman to pull off the manoeuvre in top-level freestyle competition.

That means a lot. Almost as much as the medal. Because being the first to execute tricks in the heat of battle carries with it a deep respect within the BMX world. Much like gymnastics where, for example, Simone Biles has four moves named after her, the BMX fraternity and sorority will know Worthington was first.

The nature of freestyle means Worthington had to keep quiet about the move in case others caught wind she was cooking up something special. They could then work on that trick to cancel it out or concoct something of their own to better it.

Worthington worked on the move for a few months. But it was only a couple of days ago that she completed it on a wooden floor instead of the resin practice ramps of home, with their extra give.

“That was a big win, and it was really hard to keep that on the down-low,” she said, given such feats do great numbers when shared on social media. This breakthrough, however, was kept in the dark, in part because of the Games’ draconian rules around sharing footage during workouts. “I know that it wasn’t allowed to be posted because it’s in the Olympic practice,” she said, with a wry smile. “That was definitely an achievement in itself, so we were already winning for ourselves at the Olympics.” 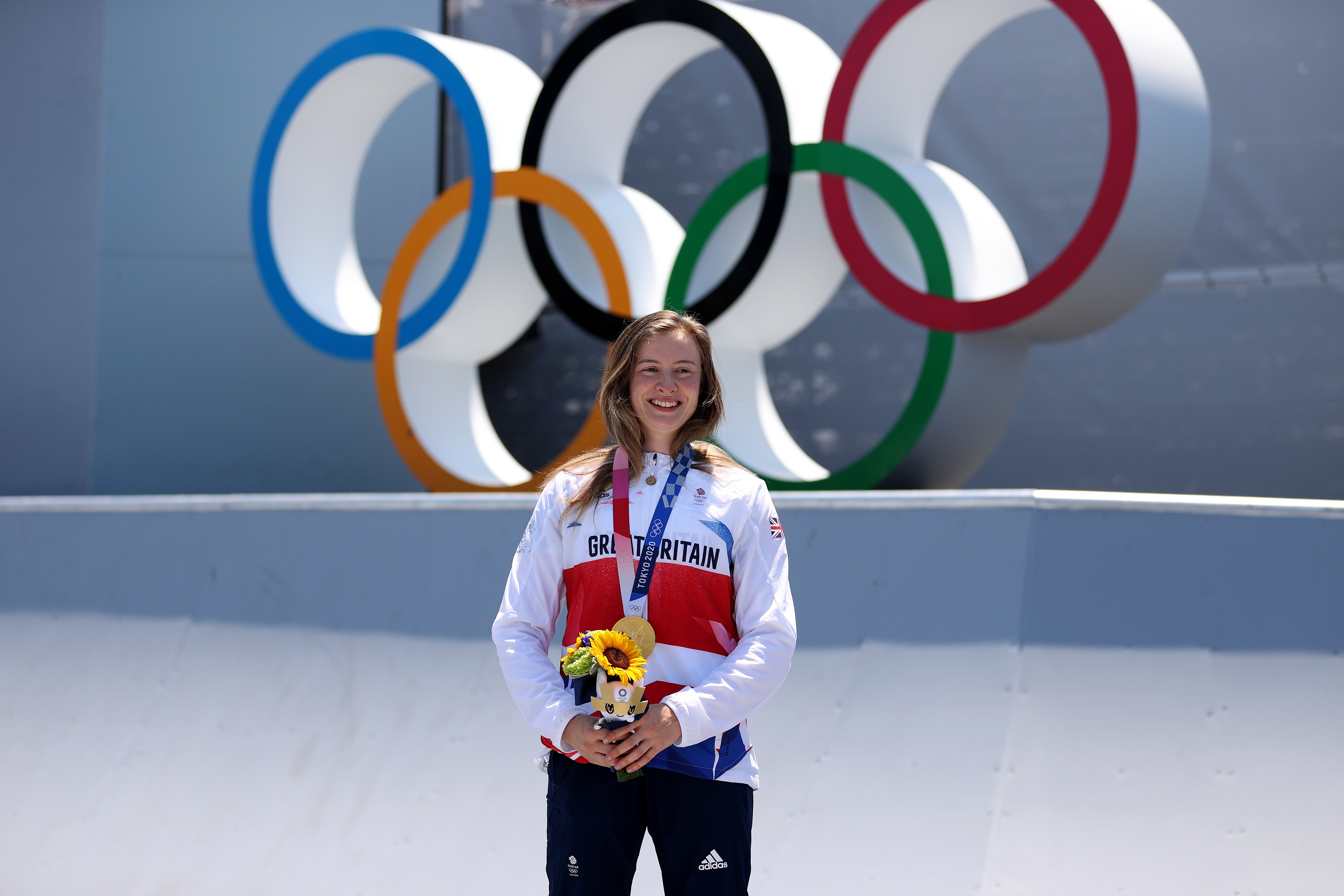 The first attempt, Worthington was “a little bit giddy”. And there was always going to be a second attempt given how she was conditioned to messing it up through the hours, days and weeks of trial and error. She only needed a score of 90 to get on the podium. Sights, though, were set higher a long time ago.

“It’s been gold medal or nothing this whole journey,” said Worthington, wearing that gold as she spoke. “It was go big or go home.” And big she went. Once the trick was nailed, she zoned out into the rest of what evolved into the winning routine.

So big that Roberts, who had chucked her bike away after her first run – the BMX equivalent of the mic-drop – had to pick it up again. Just 20 seconds after her second effort, Roberts ceded defeat. Worthington was too high to reach.

“I think more eyes are going to be on BMX, that’s for certain,” beamed Worthington. Certainly there were in the early hours of Sunday morning as her victory was supplemented by a superb bronze from Declan Brooks in the men’s event.

Not just their respective friends and family. But countless others with no prior knowledge of the sport beyond the odd group of kids low-riding down their high streets. Or even those that frown at its inclusion in the Olympic Games. All utterly transfixed by these young men and women flipping themselves every which way, putting their bodies on the line for their rush and out entertainment. On bikes as well!

It caps a remarkable week for BMX, with four medals – including one of every colour – in all available disciplines. Bethany Shriever’s gold in the women’s racing and Kye White’s silver on Friday were sources of inspiration. “We got so emotionally invested in those guys,” said Brooks after the race. As did the rest of us. 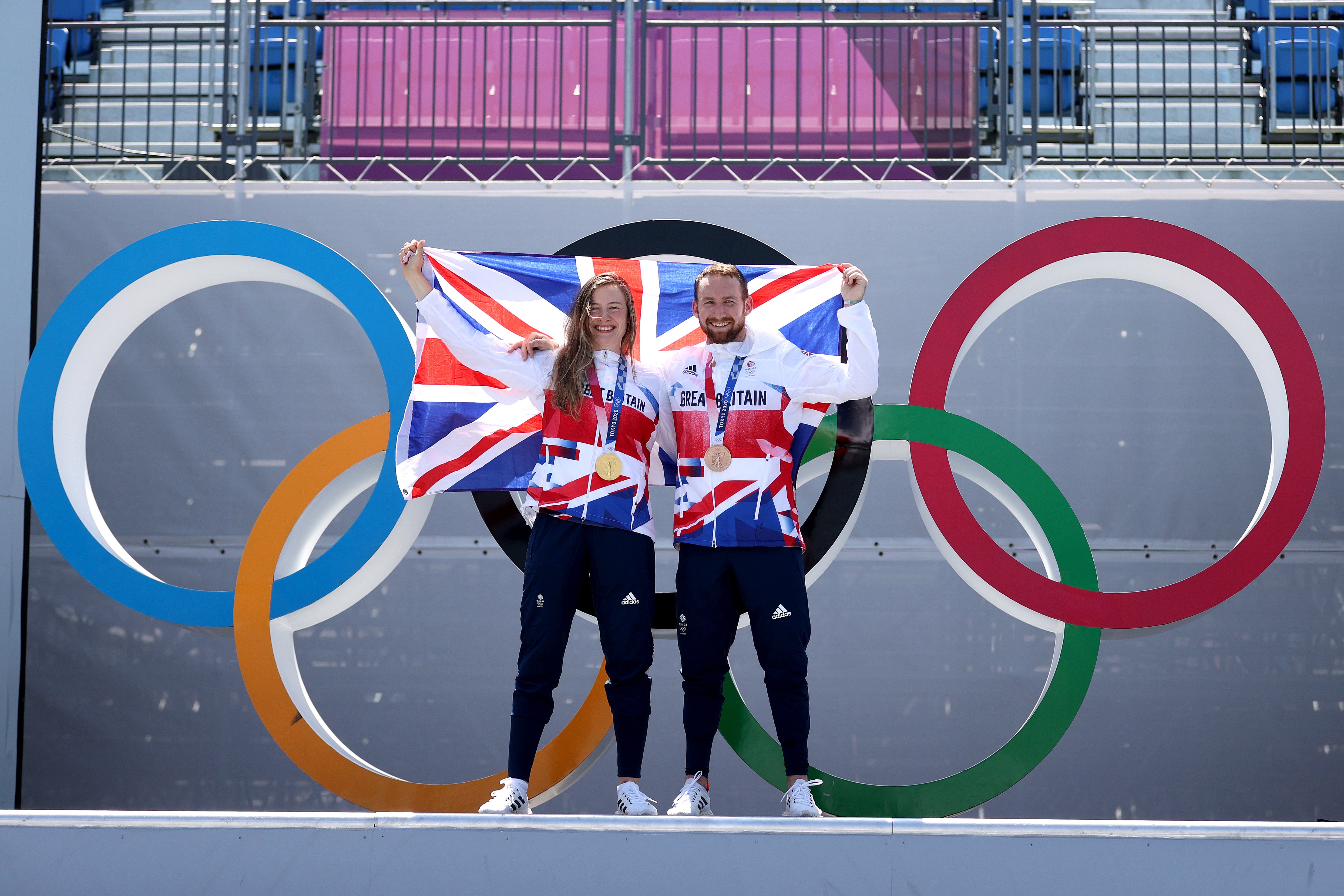 The important offshoot of all this is not just that BMX is taken seriously by its audience, but also by the governing bodies. Shriever’s story of crowdfunding her way to Tokyo because UK Sport decided to only support male BMX riders after Rio is, frankly, shameful. And though there have been improvements to the system – Shriever has since rejoined British Cycling, along with a £3.6million investment through the broader cycling Places to Ride programme exclusively for BMX clubs and riders – pressure needs to be kept on. Forget being cool, this is the kind of event that ticks boxes for inspiration and legacy, along with its ruthless competitiveness.

Indeed, Worthington’s story is as heartening as it is cautionary. She has been working in the restaurant industry as a chef to feed her riding habit.

“I was working in the Racconto Lounge in Bury – then before that I was at the Beagle in Manchester, which was Mexican food,” she says, hoping her chef days are behind her. She attended a few events in 2018 and slowly began competing in them. Soon she discovered British Cycling was putting together an Olympic team.

“It kind of snowballed from there, I found out it was something I was really passionate about. I will never look back at the days of working in a kitchen.”

Giving herself to the sport was always a gamble. But, as she said of her second go at the twisting 360 backflip, “if you gamble and you give yourself that chance, it’s going to pay off better and going to feel better than if you hold off and think what could have been.” 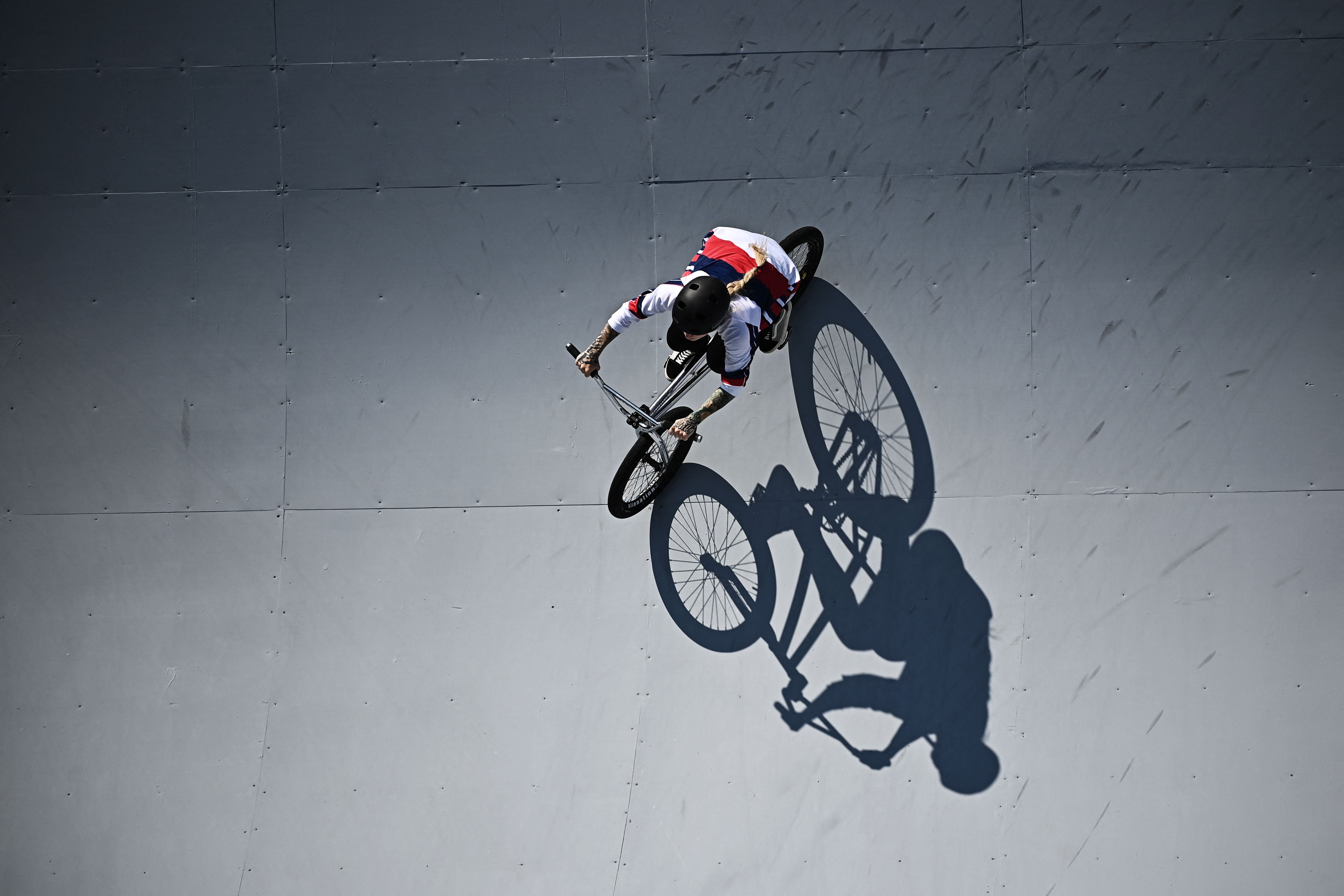 As she returns to Manchester as BMX freestyle’s first female gold medalist, it has undoubtedly paid off.

And as the BMX collective pockets what are likely to be the most of the medals from among the cycling squads of road and track, they are likely to co-opt the majority of future interest. Not just on excitement but on accessibility. There is a meritocracy to its core and a beating, urban heart that is as strong as it is open to all comers.

“For the kids at home watching, you’ve just got to pick up a bike and have fun with it, because that’s what I did,” said Brooks, whose journey to this point began 15 years ago.

“If you want to come in this direction, great. If you don’t, it’s fine. Just have fun with your bike.”