“The oddest Games ever…” That was a throwaway comment by an IOC Member who doesn’t want me to reveal their name, but having been in Tokyo now for over a week I understand exactly what they meant.

For any athlete from Team GB arriving in Japan, the experience will be so removed from what those who have been to recent Games will remember. And that ‘oddness’ begins before anyone leaves the UK: three PCR tests, stacks of paperwork just to board a flight on which you’ll have to wear a mask for 12 hours.

Then arrival in Tokyo, whether you are the Head of an Olympic Team, a multiple Gold medallist or a first-timer, a process that lasts between three and four hours begins.

It’s laborious, constant checking of forms and another PCR test where you wait for the result in an unused terminal building at Tokyo airport. If you return a negative test, they let you into Japan.

However, the testing and restrictions don’t end there, a three-day quarantine begins where you can only leave your hotel room or apartment for 15 minutes a day.

After that you’re under a 14-day quarantine ruling where your whereabouts must be accounted for at all times. On top of that, two Apps must be downloaded to a smartphone, one requires daily health questions and temperature checks, the other tracks you.

So it’s a strange environment before anyone has got close to competing! For the athletes and Team GB in particular there is a feeling that Tokyo is just a more extreme version of the way they have been living, training and competing for the last 15 months. I’ve lost track of how many athletes just sigh and say; “well, it’s the new normal isn’t’ it.”

What Team GB athletes won’t lack is the ability to prepare for competition at Tokyo 2020.

The facilities that have been secured in Japan are the envy of most Olympic Teams, even the mighty USA.

On top of Covid, athletes have to counter and prepare for the climate in Tokyo. In July and August, the weather is hot, very hot and humid. Temperatures will regularly creep towards the mid 30 degree range while humidity levels are high.

Skills! 🏓 @TinTinHo39 living her dream and representing #TeamGB at an Olympics. Game of round the table [email protected] #Tokyo2020 pic.twitter.com/hqTWwVVt6v

So the backroom staff at Team GB come into their own. Medics, physios and sports scientists have been putting together plans for months, even years.

From heat chambers to ice-vests to sweat tracking where an individual athlete’s sweat loss is measured to determine what exactly the body needs replenishing with. It’s all covered. Team GB have had a reputation among the elite sporting nations at Olympic and Paralympic Games for two decades as one of the foremost in research and resources.

Despite Covid and the climate, though, every athlete I’ve been able to chat with so far in Tokyo is glad to be here.

Not one has said they would rather be back at home or expressed a concern to either Team GB management or the British Olympic Association. The mood is good, optimism is high and for many Tokyo is their chance to shine.

Of the 375 athletes who will represent Team GB at the Games, the vast majority have been selected because they are ‘medal competitive’, meaning their top performance on paper should get them to a final or top six finish. Other athletes have been picked with potential in mind given the Paris 2024 Olympics are now just three years away. 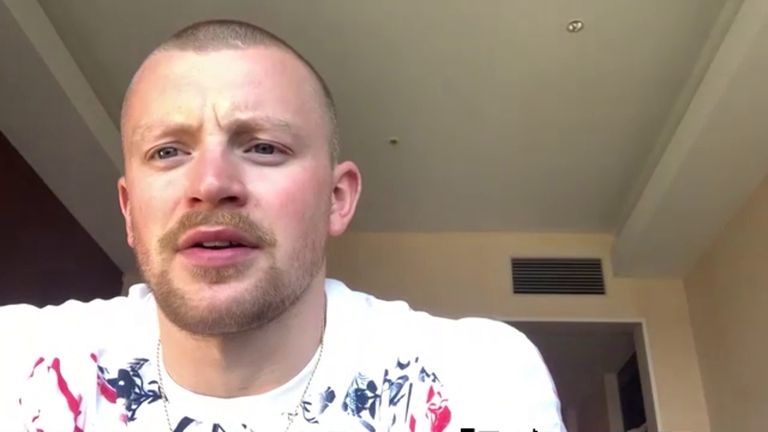 This is the #TeamGB men’s rowing team taking it easy… a 12km session in 32 degree heat. Can’t wait to see them actually trying! #Tokyo2020 pic.twitter.com/3ZATjJlOrz

The fact that most Team GB athletes are competitive on the world stage reduces the pressure they might feel from any medal targets. For these Games there is no target set by UK Sport who fund elite Olympic and Paralympic sports with taxpayer and lottery money.

Instead a medal range for Tokyo is in place, a range that expects Team GB to win between 45 to 70 medals. A realistic range? Well Team GB don’t seem to be quivering in their boots to achieve that range, which is the best marker I can take to show that despite Covid and the climate Team GB are ready to perform in Tokyo.