GRAB a Golden opportunity to back the winner of the July Cup at Newmarket (3.35).

GOLDEN HORDE looked like a top-class sprinter when easily winning the Commonwealth Cup at Royal Ascot. 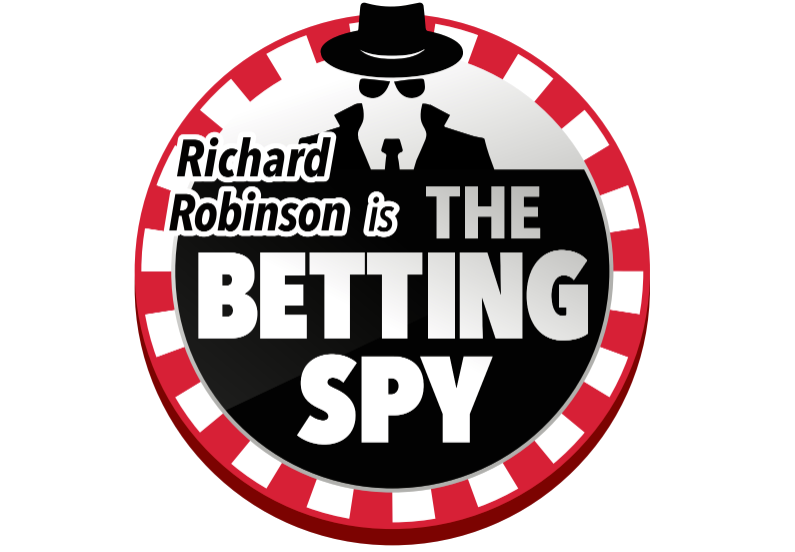 That relatively new Group 1 event has become a key guide to this open-age sprint, which has been won by a member of the Classic generation for the last three years.

And Clive Cox's ace breezed home at the Berkshire track, on ground which is likely to be similar to that he will face now. He acts on fast ground too so, whatever the weather, he should run his race.

Hello Youmzain landed the Diamond Jubilee at Ascot but less impressively than Golden Horde's triumph, and he may not confirm the form with Sceptical (third) or Khaadem (fourth).

The latter travelled like the best horse in the race for a long way but may need genuine fast ground which he seems unlikely to get.

Oxted was an impressive winner of the Abernant last month, with Brando well behind, and is clearly improving.

At double figure odds he looks like a solid each-way bet.

Earlier William Haggas seems to have picked out a great opportunity for COUNTRY in the 1m4f handicap at 12.10. He had a terrific 2019 but needed his first run last year and the same may have been the case when he was beaten on his reappearance at Haydock last month. His third there was still a fair effort and the runner-up has won since so the form is decent but the suspicion is that Country has more to offer this term. The step up from 1m 2f should suit and this looks a weaker affair than last time.

Medal Winner is plenty high enough and the handicapper has taken few chances with Yuri Gagarin after two wins in modest all-weather affairs.

Fantastic Blue and Matewan are closely matched after their 1-2 here last month but they are up in class now.

Future Investment, second behind an improver at Newbury on his return, is the biggest danger.

The big betting race of the day is the Bunbury Cup (4.10) where the handicapper may not yet have caught up with SIR BUSKER. He is two from two post-lockdown and his latest win, in the Silver Hunt Cup at Ascot, was super-impressive. Oisin Murphy held him up out the back but always looked comfortable and eased him through when the gaps appeared to win cosily. The runner-up has since gone well in Listed grade and the third has won a handicap. Sir Busker's earlier win at Newcastle saw him beat Dark Vision, who has gone on to win the Hunt Cup, and Fifth Position, a winner at Doncaster since. The form is rock-solid and another 6lb may not stop him. The drop to seven furlongs should not be a problem on a track with a stiff finish. Expect to see the Busker finishing fast and late under a confident Murphy.

Motakhayyel and Mutamaasik give owner Hamdan Al Maktoum a strong hand whilst Mark Johnston runs three, of whom Blown By Wind may be better weighted than last year's winner Vale Of Kent.

Spanish City, Keyser Soze, Kimifive and Muntadab all boast good form in these quality handicaps but the assessor probably has their measure. I am not sure that is true of Sir Busker.

Ascot's big race is the Summer Mile (3.15) where ZAAKI can go one better than 12 months ago when he was chinned by the ill-fated Beat The Bank. That was an excellent effort nonetheless and a continuation of the five-year-old's excellent record at the course. He posted an excellent reappearance third at Newbury and is sure to be 100% here as this will have been his midsummer target all along.

Mohaather looks likely to go off favourite after a slightly unlucky effort at the Royal meeting. He still has bags of potential but has yet to post an effort to match Zaaki's best form.

Marie's Diamond belied his 40-1 SP when third in the Queen Anne – with Mohaather, Skardu and Duke Of Hazzard all behind – but his front-running style is not best suited to this track. Another place may be his best hope.

Lord Glitters has to prove he is as good as he was and Bless Him may be better suited by a strongly-run handicap but Beat Le Bon could reward each-way backers.

I Spy an Eye-catcher

Though Sandown took centre stage on Sunday there was quality racing at Doncaster and Haydock as well and JUMAIRA BAY posted an excellent effort in the 7f handicap for three-year-olds on Town Moor. He was slowly away and then was stuck behind a wall of horses when the pace was quickening two furlongs out. The first two went clear on the far side whilst Jumaira Bay stormed home for third up the stands' rail. Roger Varian's colt has much more to offer after just five career runs and his current mark of 82 underestimates him, possibly by some way. He is one to look out for in handicaps up to a mile.

Newcastle host a decent evening card on the Tapeta where COSMELLI (8.00) rates the best bet on the card. He was an excellent fourth in the Northumberland Plate two weeks ago, where Anyonecanhaveitall was well behind,  and is still well handicapped despite a 3lb rise. He runs here off 91 but he was a close fifth in the 2019 Plate off 96 and won the consolation Vase in 2018 off a mark of 94. He rarely runs a bad race at Gosforth Park and usually contests more competitive affairs than this.

In-form Glan Y Gors should go well but his second in the Vase this year came in a weak seven-runner affair.

Charlie D looks weighted to the hilt whilst Sleeping Lion has to prove he truly gets two miles and that he acts on the surface.