The 18-year-old mowed down American Mallory Comerford and the Netherlands' Femke Heemskerk in the last 50m to claim victory in 1min 51.38sec – a new Commonwealth, Oceania and national record. 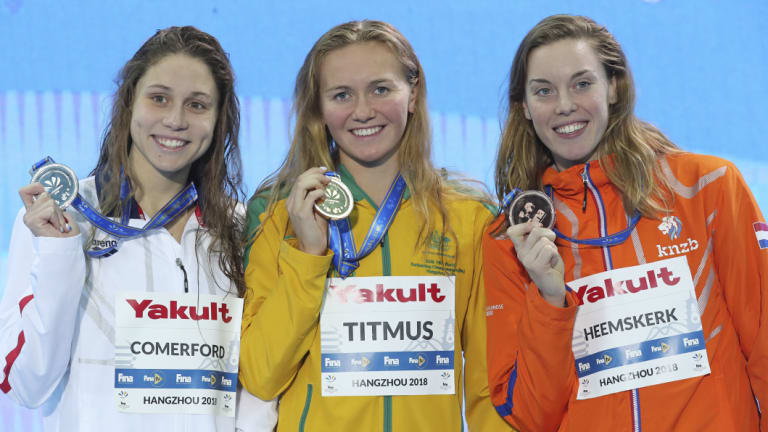 Titmus' stirring effort on the opening night of the six-day event at Hangzhou shattered Emma McKeon's mark of 1:51.66 set at the 2015 national short course titles.

It moved the teenager to fourth on the all-time rankings.

"I have been working on my speed, so I am glad it paid off. I knew the back end was my strength, so I just tried to play to that and it worked," Titmus said.

"It is my first individual world title, so it is a good stepping stone to next year with world championships and then Olympics after that."

Australia missed out on a second medal by just 0.05 of a second in the men's 200m individual medley final.

Rookie Nic Brown locked a personal best 1:52.10 to finish seventh in the men's 200m butterfly final behind Japan's Daiya Seto who claimed gold in a new world mark of 1:48.24.

Seebohm (14th) missed a place in the 50m breaststroke final but fellow Australian Jessica Hansen nabbed the last spot in the field by winning a swim- off with Japan's Miho Teramura after they tied for eighth fastest in the semis.