Three powerhouses, each one a product of some of the finest training in England and Ireland, lined up to do battle. 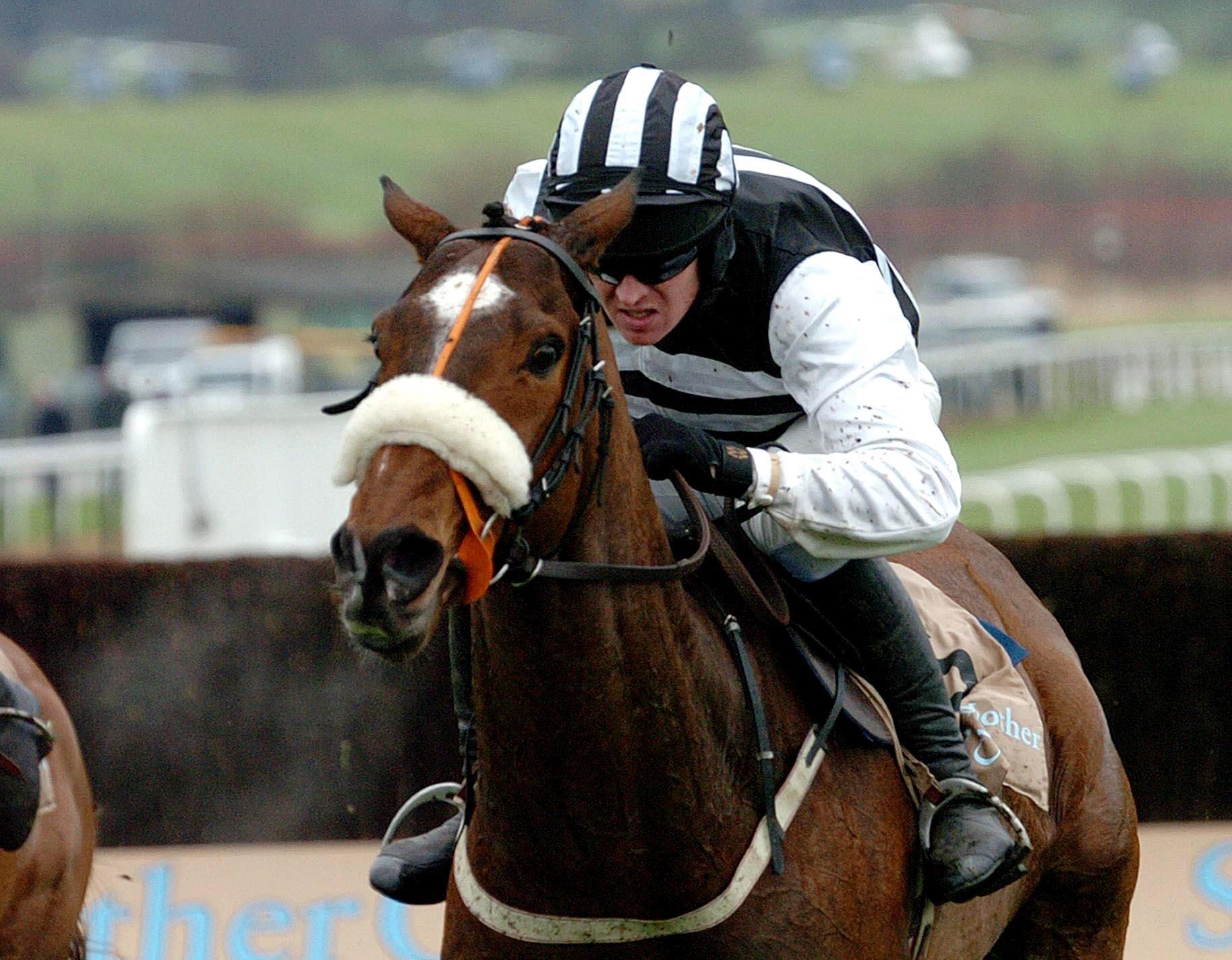 Moscow Flyer, Azertyuiop and Well Chief. A trio of names that would from then on be etched in Esher history.

And yet despite the contest’s place in racing folklore, the hype beforehand was all about one horse.

Azertyuiop, a nine-length star of the previous year’s Champion Chase at the Cheltenham Festival, was widely agreed to be a good thing.

Having warmed up for the contest with a pummelling of the 156-rated Seebald in the Haldon Gold Cup off a welter-burden of 11st10lb, most judges in the land piled into Paul Nicholls’ king-in-waiting and sent him off a solid 5-6 favourite.

Not forgotten, but oddly overlooked, was Irish sensation Moscow Flyer (2-1).

The winning machine had seen off the jolly with ease in the race a year earlier and had hardly put a foot wrong since.

Beaten by the birch at the Festival, he’d strolled to victory on each of his other starts and was particularly impressive in his warm-up for the race, destroying a decent field in the Fortria.

Patriotism is a powerful instinct, though, and British bombast swayed the market in favour of Paul Nicholls’ emerging superstar. 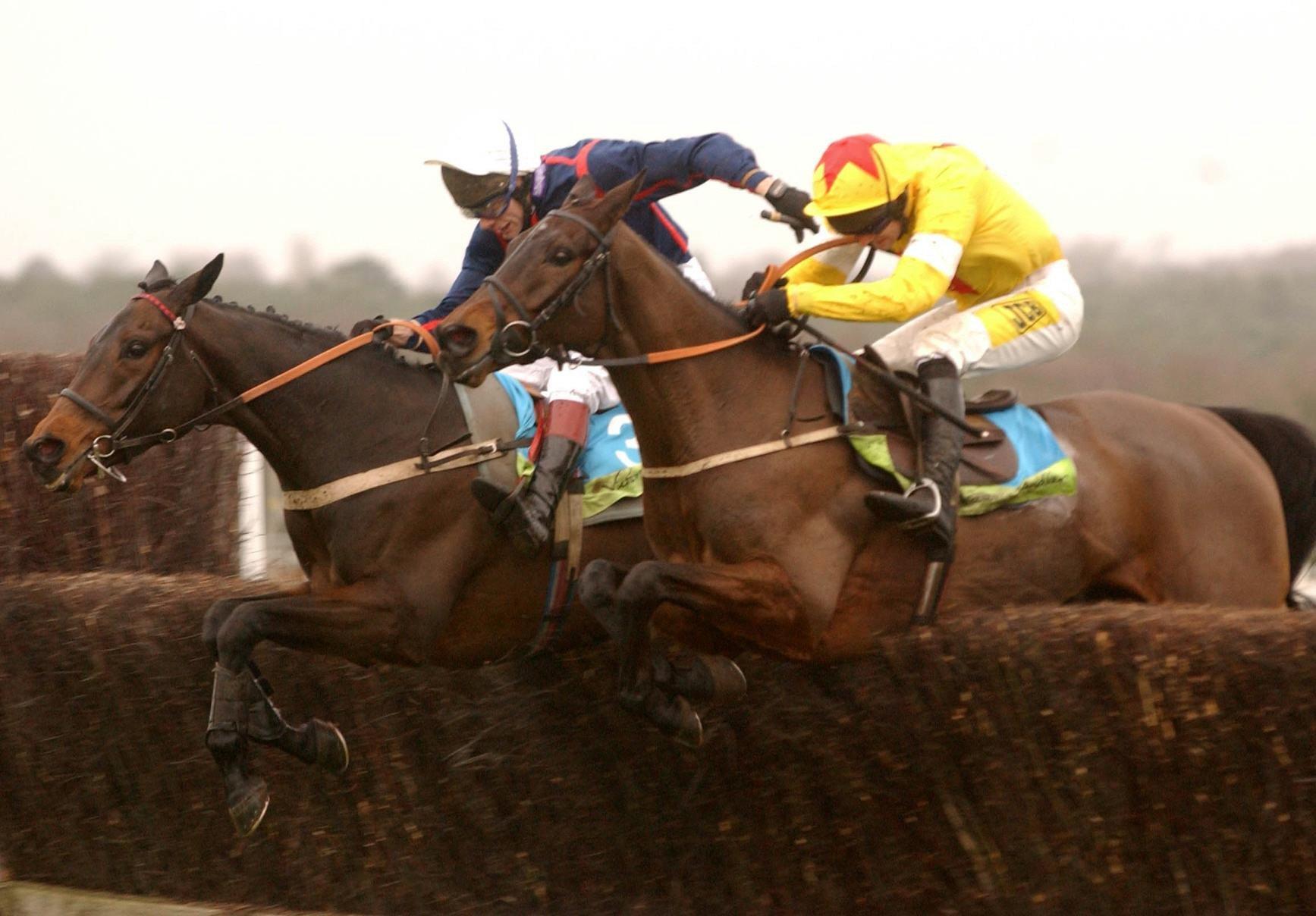 The famous blue and green silks of the late David Johnson had been carried to victory by many top class horses – but perhaps by none quite as talented as the son of Night Shift.

Having dispatched a red-hot field to the sword in the Arkle in the previous season – just as Azertyuiop was strolling to victory in the Queen Mother – no-one was sure what to expect.

This was his first real test against the big guns, and off a surprisingly meagre rating of 157 he appeared to have plenty to find.

Of the other contenders, it would be blasphemous to leave out Cenkos.

Though not part of the tri-equine behemoth, the Andy Stewart-owned 25-1 shot was a very good horse in his own right and won the race himself a couple of years earlier. 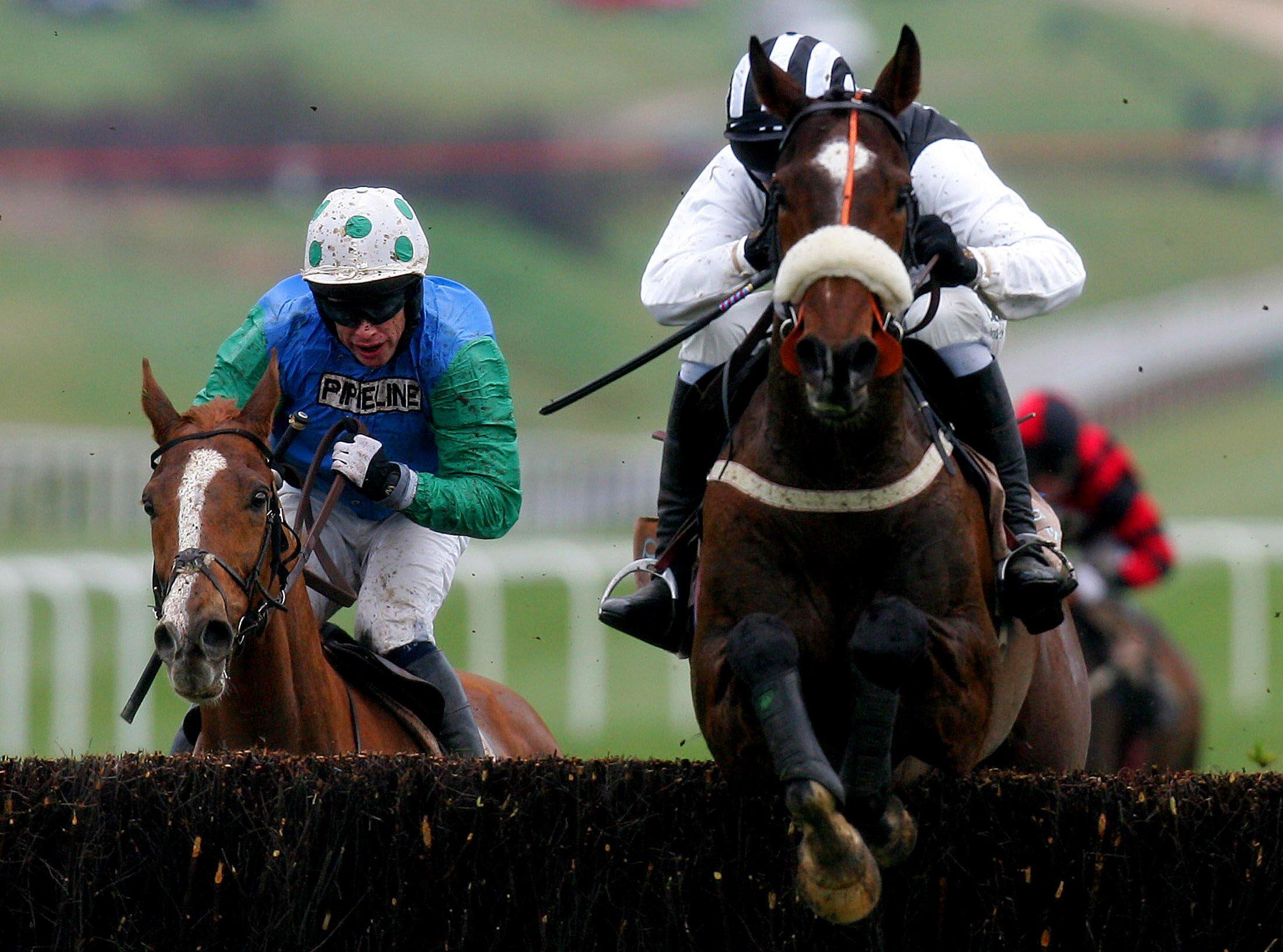 And so to the race itself.

It was widely acknowledged that Cenkos would want to take them along, and that’s exactly what he did.

Richard Johnson niggled and cajoled his partner from the outset, blasting him into every fence to find a stride as he sought to get an edge over his opponents.

However, that tactic came unstuck at the second of the Railway fences – he hit it hard on the broadside, surrendering the lead to Moscow Flyer.

Barry Geraghty had been stalking the leader since flagfall and took his opportunity, spurring his former champion into a two-length lead as they rounded the turn.

It was an inspired move from the Irishman, who knew that his horse’s strength lay in its stamina.

Both Azertyuiop and Well Chief, who’d been waiting in the wings and were jumping like stags, followed him though.

The stage was set.

Approaching the famous pond-fence three from home, Geraghty began to ratchet up the tempo, his arms working overtime as they propelled his mount forwards.

Despite brushing through the top, he and his partner still held a commanding two-length advantage – and suddenly, the riders of both dangers began to panic in behind.

Geraghty had stolen a march and now either Azertyuiop or Well Chief, or both, would need to quicken past one of the best two-mile chasers of all time.

Flying over two out, neither Azertyuiop’s prodigious stride nor Well Chief’s electric fencing could close the gap. The Flyer galloped on remorselessly.

The trio soon came to the last, with Cenkos merely a distant memory in fourth.

Geraghty was in an all-out, power-packed drive. But his mount kept on finding.

Over the final fence they went, the three warriors giving their all to the cacophony of the crowd, reins flying everywhere, their two-mile reputation on the line.

But try as they might, neither Azertyuiop nor Well Chief could land a telling blow, and despite one final attempt up the run-in, both British challengers for the Tingle Creek crown were well and truly bested.

It was Moscow Flyer’s day.

He had beaten two 175+ horses at their peak – and they hadn’t even been able to get to his hindquarters.

It was one of the great performances on a racecourse in one of the most memorable contests of the modern era.