As Australia get ready for their one-day series against India, they enter the final stages of preparation for this year's World Cup campaign with a horrible recent record.

Since February 2017, Australia have won three, lost 18 and had two non-results. 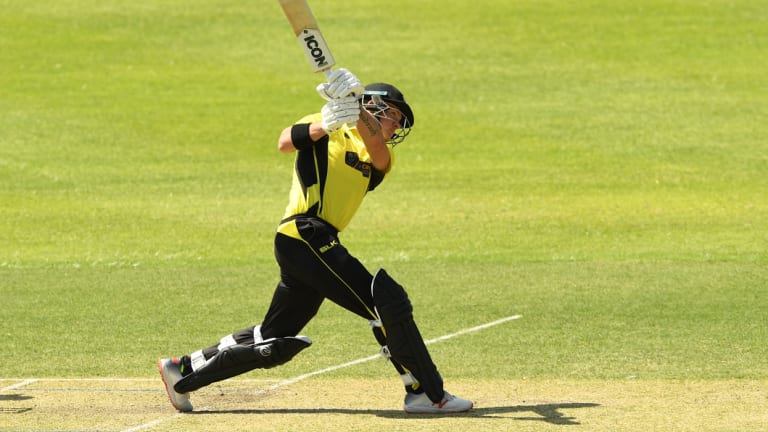 D’Arcy Short on the way to a double century in the domestic one-day series.Credit:AAP

I wonder if the players actually enjoy playing ODI cricket. I have no doubt it’s the hardest format to play. Playing 100 overs at a frenetic pace can take a lot out of you.

It just seems of late whenever a player is feeling slightly cooked they have no hesitation in wanting a rest from this format of the game.

This culture needs to stop and it’s up to selectors to keep pushing the players as we haven’t got much time left to prepare for the tournament.

I have no explanation why the national selection panel have chosen a staggering 32 different players since February 2017.

Why has our ODI form gone pear-shaped?

I mainly blame the selectors. There seems to be no pride or care in our ODI performance.  I have no explanation as to why the national selection panel have chosen a staggering 32 different players since February 2017.  I understand if there are injuries, and at times we need some rotations. But 32? Come on!

With the World Cup only five months away I cannot understand why our three leading fast bowlers are being rested. I understand resting perhaps one at most, but it’s time for selectors to get serious.

The best directive selectors can give players is to produce some decent performances and you will be rewarded.

Sadly, as with Sheffield Shield form and the selection of Test teams, they do not seem to look to the domestic 50-over tournament as a guide. 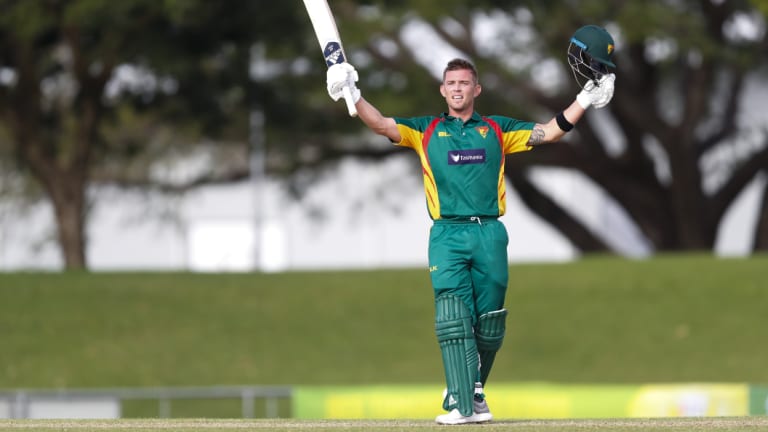 Ben McDermott was superb in the JTL one-day tournament.Credit:AAP

No doubt that tournament needs to be spread over our summer instead of being limited to October, but if they were looking to blood players, surely this year's player of the JLT one-day tournament Ben McDermott was worth a try?

D'Arcy Short's non-selection bewilders me. He has scored 536 runs at an average of 76 in domestic 50-over cricket over the past two years, yet he gets binned? Not only that, his left-hand leg-spin has been encouraging, with 12 wickets at 29.

The major overall query I have with our approach is: “What is our game plan?”

It seems to have changed from all-out attack with the bat to a more conservative one, by dropping Short and Chris Lynn and replacing them with Usman Khawaja and Peter Handscomb.

Selectors wants a two-pronged spin attack, seemingly because everyone else has one.

That’s OK if you have two specialist spinners. The problem for Australia is that we don’t have players in form to  fill the two roles.

We have one quality leg-spinner in Australia but they won’t pick him. If you ask the guys playing domestic cricket who is our best leg-spinner most will say Fawad Ahmed. Adam Zampa continues to gets picked but in his past 12 ODIs he has only taken eight wickets at 76 apiece. 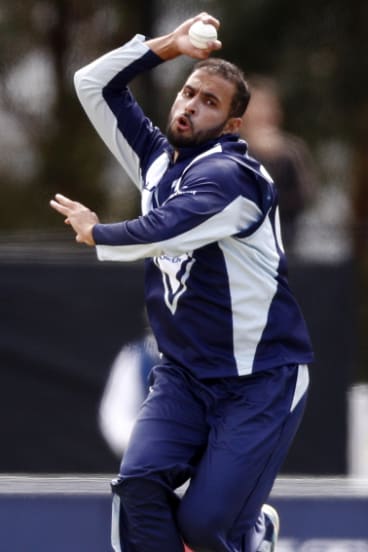 Fawad Ahmed is the best leg-spinner in Australia.Credit:AAP

We must look at history to remind us what we have done right. Our specialist players have mainly helped Australia win five World Cups. The strong batting line-ups have won many of them.

But, the style of ODI cricket has changed and it basically comes down to which team has the best bowling balance.

Playing at home, England are hard to beat, winning eight of their past 10 ODI series.

The English attack relies on specialists spinners Adil Rashid and Moeen Ali. They have two consistent specialist quicks, Chris Woakes and Liam Plunkett. If you do not have good specialist spinners and seamers on small English grounds, then you are looking for trouble.

In the past, Australia have not copied any teams' style. They have always worked out their best game plan for the players available. The pitches in England for the ICC World Cup will be flat soit’s imperative the Australians get the right bowling balance.

In our past four winning World Cups, Australia have had an X factor about our top four batsmen and had three or four gun bowlers. It’s also been forgotten that Australia have been the best fielding team in the five times we have won the World Cup.

I wonder how Mitch Marsh gets a vice-captaincy role with this team. Surely he must be at risk of missing the World Cup, but in selectors' minds, he must be in the best XI for the World Cup. So how can you fit Glenn Maxwell, Marcus Stoinis and Mitchell Marsh into your XI?

This means three all-rounders and that doesn’t win you World Cups. Specialist cricketers win you World Cups, not utility players. The vice-captaincy role should have been given to Mitchell Starc, but he is not playing for reasons we don’t know.

Whatever decisions Australia make from here, they must be with the World Cup squad in mind. I only have four players from our ODI squad starting in my best playing XI for the World Cup in England.

If I had to pick a World Cup XI today I would choose between David Warner and Short at the top of the order, but I still lean towards Warner because he is a great player in big games even though his record in his past 12 ODIs has been poor.

There is no doubt that Short is good to have in the squad. He keeps pressure on the players in the team as he can bat anywhere in the order. You see, that’s the key, having depth in your bench applies pressure to the playing XI.

I would have Matthew Wade as our keeper at No.7. He has more skills batting at the death and his form in Sheffield Shield and the Big Bash League should make him a lock.

Many of us are a bit confused and no matter what the result is against India in this series, I feel the selectors will still be scratching their heads. They have no consistency to their selections.