‘It’s come full circle’: Tiger Woods pulls off the impossible and mirrors scenes from 1997 by pulling his children into emotional embrace after winning the Masters… just as he did with his father 22 years ago

Tiger Woods pulled off arguably the greatest comeback sport has ever seen, and in doing so brought back the memories of yesteryear with a sublime final round at Augusta to become Masters champion.

Holding his nerve as leader Francesco Molinari faltered, a resurgent Woods continued to press ahead and seal the deal – pulling off a major victory many thought would never be seen again.

Putting on the 18th to finish final day 13-under-par and winning the prestigious tournament by one shot, Woods fell into the arms of his family waiting by the green… just as he did with his late father 22 years ago. 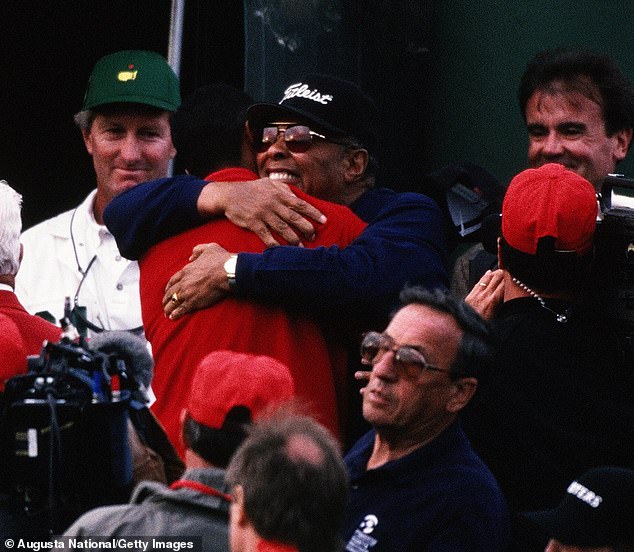 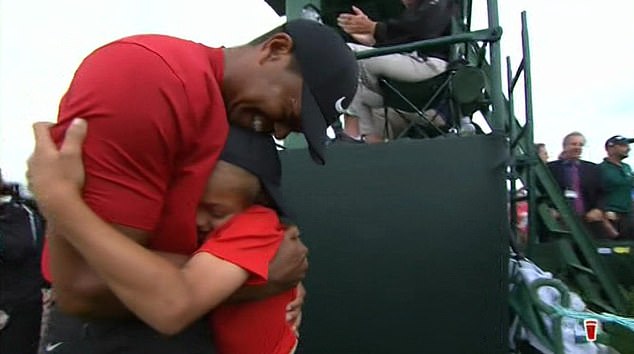 Woods was met by his mother Kultida and his children Charlie and Sam, and shared a highly emotional moment which brought back echoes of the past.

After winning his first green jacket in 1997, Woods shared the joyous moment with his father Earl, who pulled him into a huge embrace.

Earl passed away in May 2006, a year after Tiger won his most recent Masters before Sunday’s masterclass.

Now it was time for Tiger to play the father figure, pulling his children into tight bear hugs while fighting back the tears. 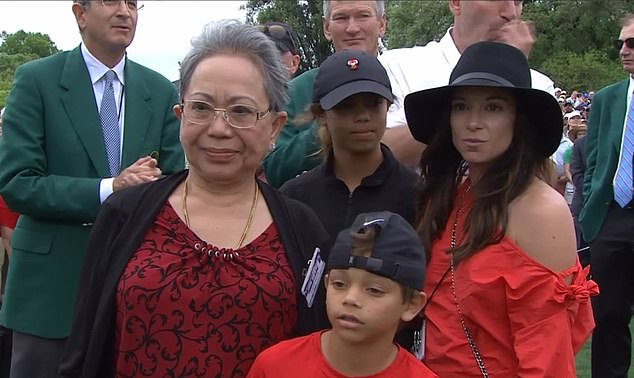 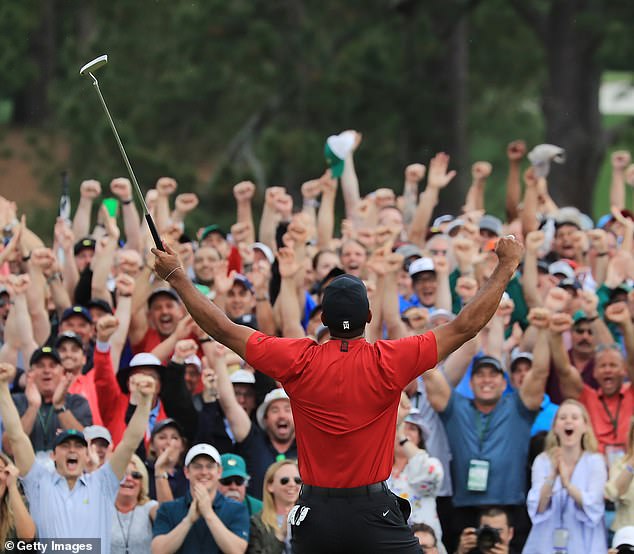 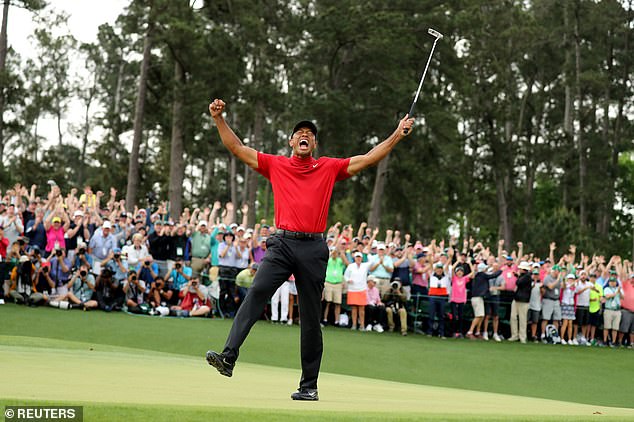 After years in the wilderness struggling with injury, Woods has got himself back on top 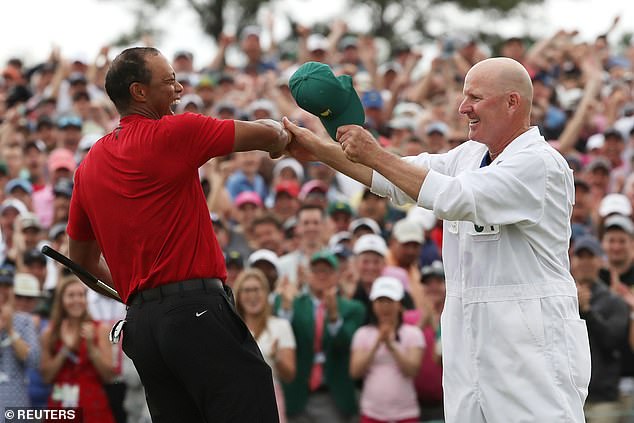 Speaking in Butler Cabin ahead of receiving his fifth green jacket, Woods said: It’s come full circle, I had my dad there in ’97 and now I have my kids here today.

‘Last year I was just very lucky to be playing again. I missed a couple of years of not playing this great tournament to now being champion.

‘[It is] Unreal for me to experience this, my mom was here and she was there in 97 as well. I couldn’t be more happier or excited, I’m lost for words.

‘It’s up there as one of the hardest I’ve ever had to win. My father shouldn’t have been there [in ’97] he was recovering from a heart attack and heart surgery,’ an emotional Woods continued.

‘To have my little boy Charlie here, that embrace, that was so special. Sam had a soccer tournament yesterday but I managed to persuade them to come up and watch the Masters, and I was able to win.’ 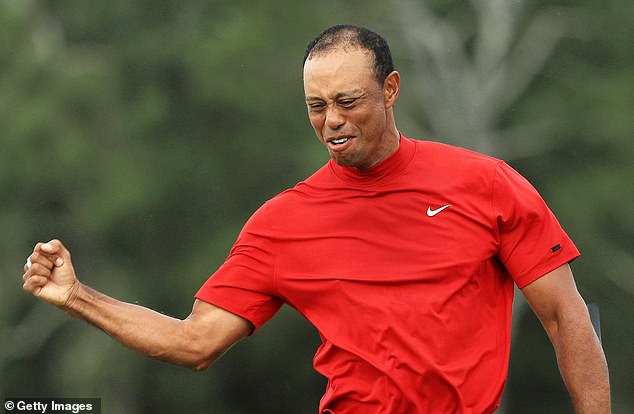 Having last won the Masters in 2005, many thought Woods would never take a fifth jacket