Here are your FOX Business Flash top headlines for April 8.

The Titleist 681-T iron set helped Woods win the last three majors of 2000 and the Masters in 2001, a feat famously known as the "Tiger Slam." The iron set was auctioned by golf specialty auction house Golden Age Auctions.

Todd Brock, purchased the iron set from former Titleist Vice President of Player Promotions Steve Mata for $57,242 in 2010, coming off a down time in Woods’ life and the 2008 economy. Brock appeared on Fox Business this month and was asked by host Stuart Varney if the items could hit $1 million. 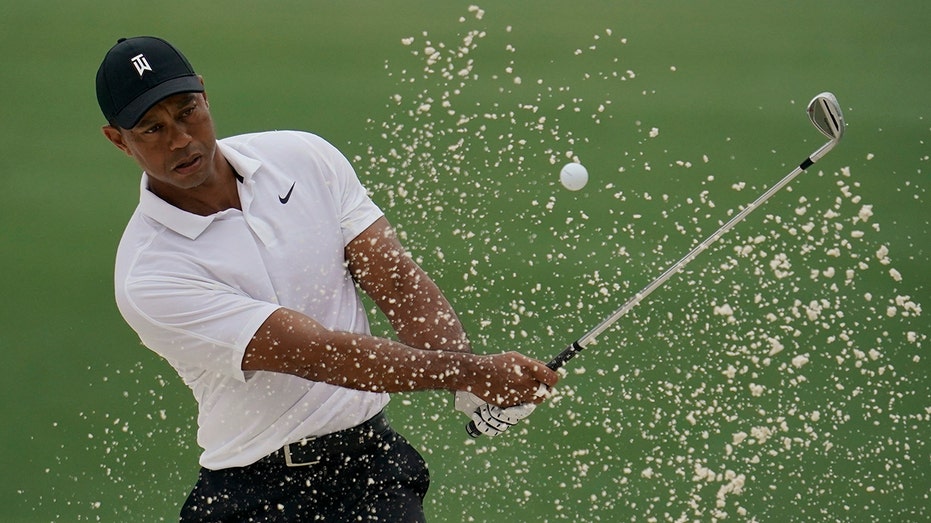 Tiger Woods hits out of a bunker on the 15th hole during a practice round for the Masters golf tournament Wednesday, April 6, 2022, in Augusta, Ga. (AP Photo/Robert F. Bukaty / AP Newsroom)

"I think they were worth a million when I bought them 12 years ago," Brock said. "Tiger's legacy is going to live forever, and they're already by far the highest-grossing golf memorabilia in the history of golf memorabilia." 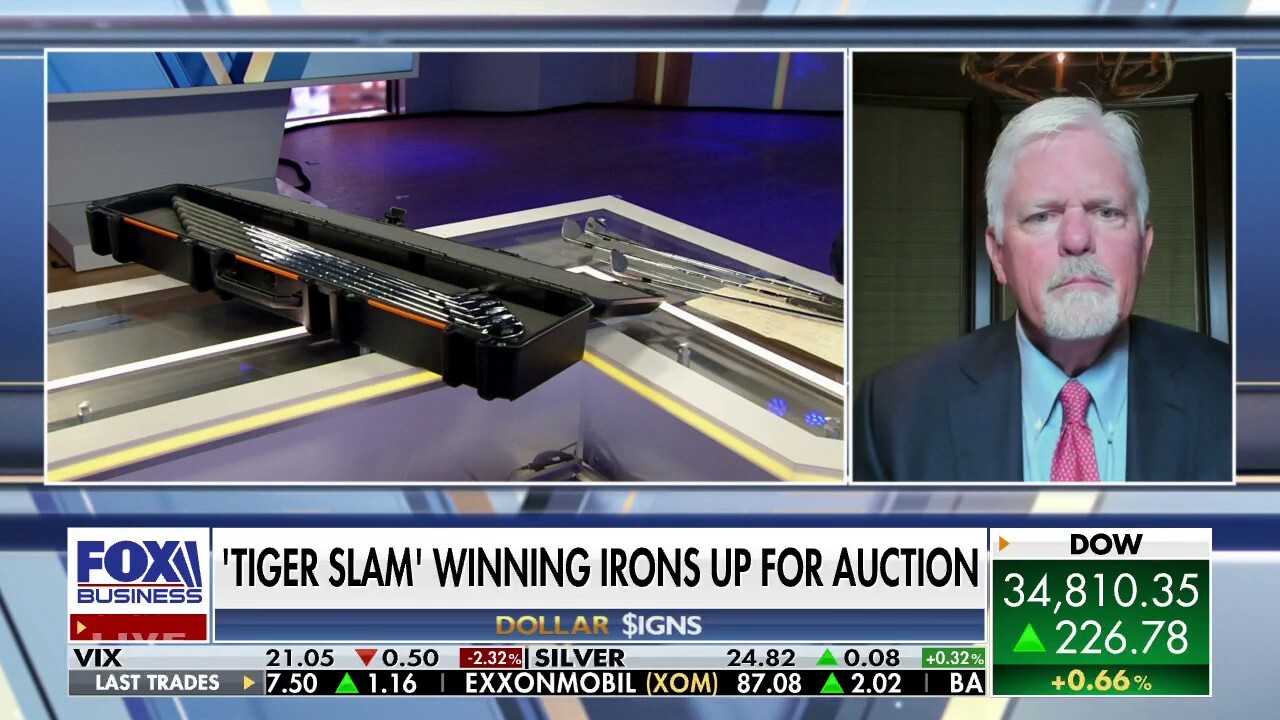 At the time the clubs were sold in 2010, Woods told reporters that they were "in his garage." However, Mata submitted to a polygraph test to prove that the irons were authentic, and Brock reportedly did his own research, comparing photos that made him believe they were real.

The auction house also presented additional evidence it says proves the clubs are authentic, including a 2000 Golfweek Magazine article that matched the specs of clubs and a declaration by former Titleist Director Rick Nelson verifying the clubs "and corroborating [the] exchange of clubs." 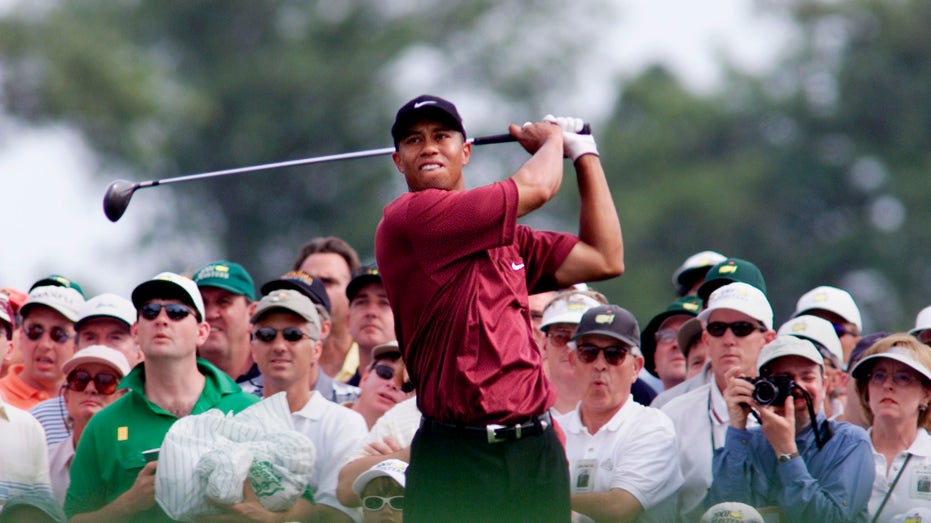 Tiger Woods tees off on the eighth hole with the gallery crowded behind during the final round of play at the Masters at the Augusta National Golf Club April 8, 2001.  (JLS/RCS / Reuters Photos)

The record sale comes amid a booming market for sports memorabilia, specifically trading cards. A Woods trading card sold in April 2021 for $369,000, the highest price paid for any golf card at the time, Goldin told Fox Business last week.

Brock said he is a superfan of Woods, who is competing in his first Masters since suffering significant injuries to his leg in a February 2021 car crash. 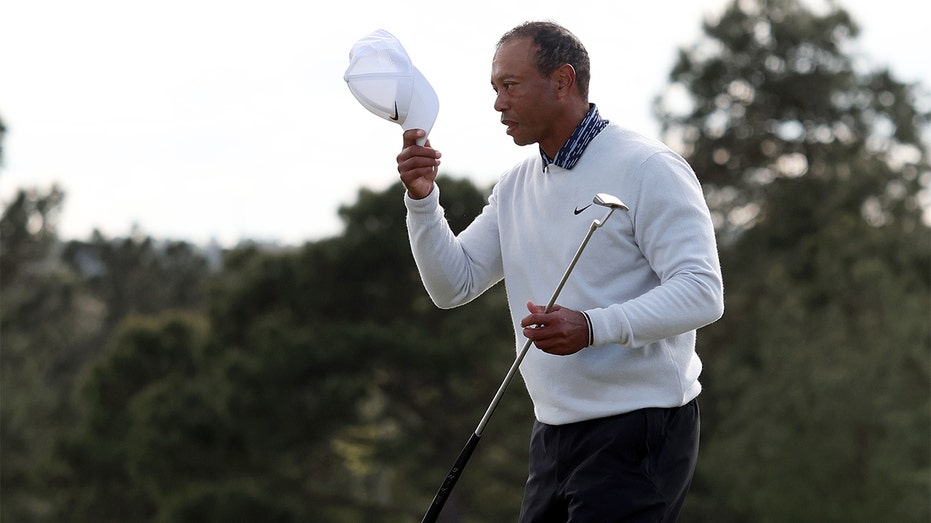 Tiger Woods tips his hat to the crowd on the 18th green after finishing his round during the third round of the Masters at Augusta National Golf Club April 9, 2022, in Augusta, Ga.  (Gregory Shamus/Getty Images / Getty Images)

"I've had them for 12 years now, and I haven't told anybody that I owned them. They were in a really nice frame in my office, and I'm not an investor in memorabilia, so nobody was seeing the irons," Brock said, via ESPN. "I've had the opportunity to see these for 12 years, and it's like a Rembrandt, where somebody takes it to their castle and it's never seen again. I felt blessed that I got to hang out with them and look at them, but it's time for somebody else to do something bigger and better with them."

Woods is tied for 41st at the Masters after he shot a 78 on Saturday, his worst score at the tournament in his career.