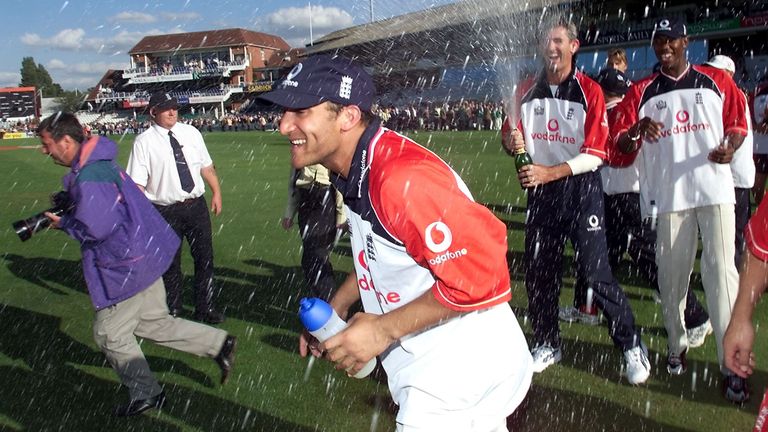 But before Ben and after Beefy there was Butch.

Surrey batsman Mark Butcher scored a magnificent unbeaten 173 in the fourth Test at Leeds in 2001 to steer England to victory on the final day and deny Australia any chance of a 5-0 series whitewash.

In the first edition of Throwback Thursday, our weekly cricket feature in which our writers look back on some memorable feats of years gone by, David Ruse reflects on Butch’s greatest day… 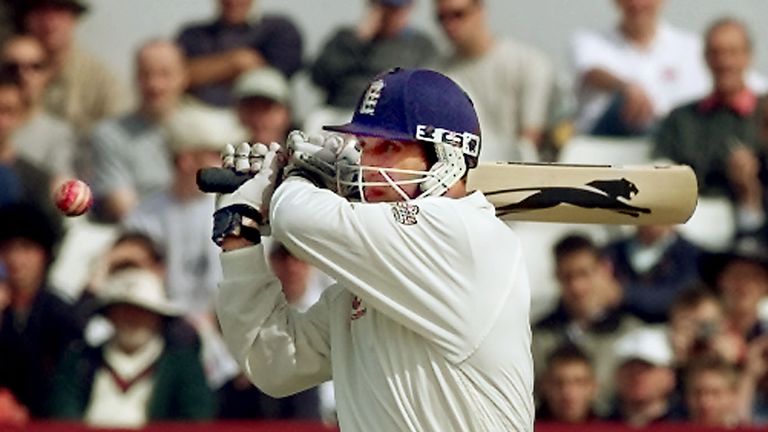 Even the most optimistic England supporter would have classed their side’s chances of victory in Leeds as slim as they began the final day 4-0 chasing 315, Australia having declared late on day four.

Only once before had they successfully reached a higher total to win a Test, way back in 1928 against Australia at the MCG when they made 332-7.

But a part of me must have believed.

Recently turned 13 and in the midst of my school summer holidays, I remember opting against hanging out with my friends and instead plonked myself on the sofa to see if England could pull off the unlikely.

At the start of the 2001 summer, my fellow Croydonian Butcher seemed set for a season of second XI cricket, with personal issues affecting his form.

By the end of it, he had played, according to Australia wicketkeeper, Adam Gilchrist, “one of the greatest Ashes innings of all time.”

It remains my favourite – entirely vindicating my decision to forego the fresh air – and one I couldn’t fail to mention when I interviewed him at my parents’ house for my university dissertation.

Every time I see him at Sky Studios or at games during the summer, it’s the first thing I think of. Someone from my pocket of south London bossing Australia’s superstars.

With the way things are currently, the chances are I will try to watch it in its entirety over the next few weeks. There are some perks to self-isolating. 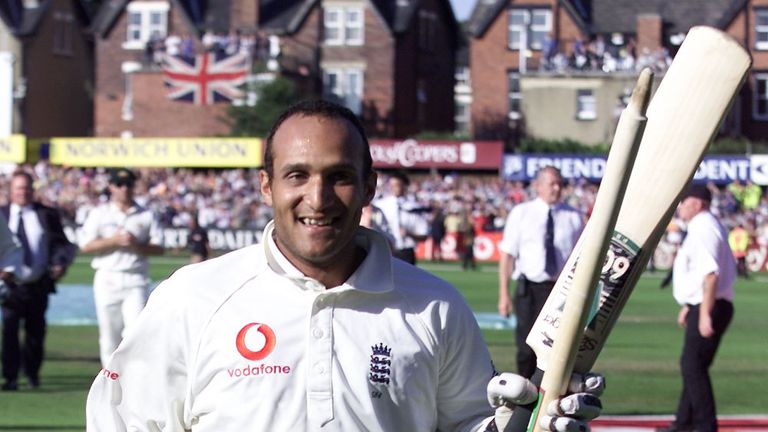 Butcher’s knock did not turn an Ashes series on its head in the way Botham’s had done 20 years earlier, nor was it quite as staggering as Stokes’ wizardry 18 years later.

The Ashes were gone by the time Butcher starred.

England had been crushed by an innings and 118 runs (Edgbaston), seven wickets (Lord’s) and eight wickets (Trent Bridge) respectively in the first three Tests of the 2001 series as a rampant Australia zoned in on a clean sweep having already won the urn for the seventh straight time and crushing my hopes of seeing my country win it for the first time in my lifetime. I would have to wait another four years later for that.

But Butch’s efforts added a moment of joy to a torrid English summer and meant Australia would have to settle for a 4-1 success in what remains their most recent series win in England.

I remember Butch – whose place in the side had been in jeopardy prior to Headingley after he was spotted out late during the Trent Bridge Test earlier that month – being interviewed before play saying something along the lines of how an England player needed to produce something stunning. 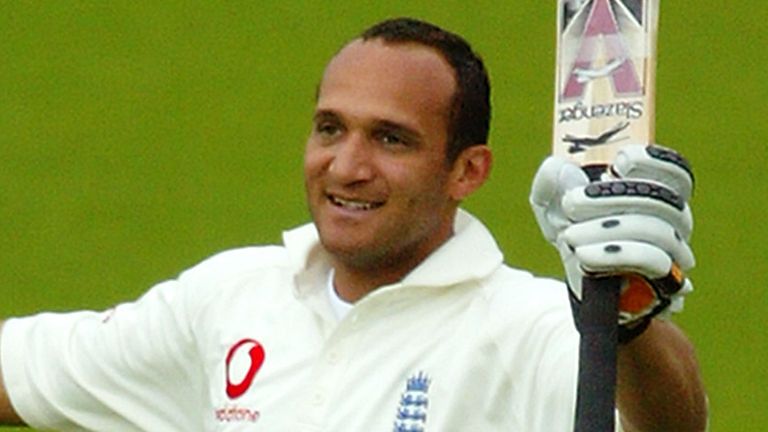 It wouldn’t be Michael Atherton on this occasion. He gloved a peach from his long-time nemesis Glenn McGrath behind to fall for eight three balls into the day. Nor would it be Marcus Trescothick, who slashed Jason Gillespie to Matthew Hayden at gully for 10. England were 33-2. My decision to stay in was looking folly. I thought they’d be skittled before tea.

Yet, Butcher, who had got off the mark 11th ball by exquisitely driving McGrath to the boundary, found a superb ally in Nasser Hussain, who was no doubt mightily relieved that the decision to drop Butcher after his night out in Nottingham, a call Nasser initially accepted, had been overturned.

“By the time I got home, I had come to the conclusion that we were shooting ourselves in the foot by leaving Butch out,” Hussain wrote in his autobiography Playing with Fire, saying chats with Atherton and Alec Stewart had changed his mind.

“So I rang [the chairman of selectors] David Graveney to talk about it again. It turned out that he had been having the same doubts. He agreed it was harsh and said, ‘if that’s what you think and what Ath and Stewie think, then let’s reverse the decision’.”

Between them, Butcher and Hussain added 181 for the third wicket, with the former unfurling some glittering square cuts and cover drives as no member of Australia’s much-vaunted attack was spared. McGrath and Brett Lee both struck for back-to-back boundaries. Nasser even got in on the act by hooking Gillespie for six. What was I watching!? 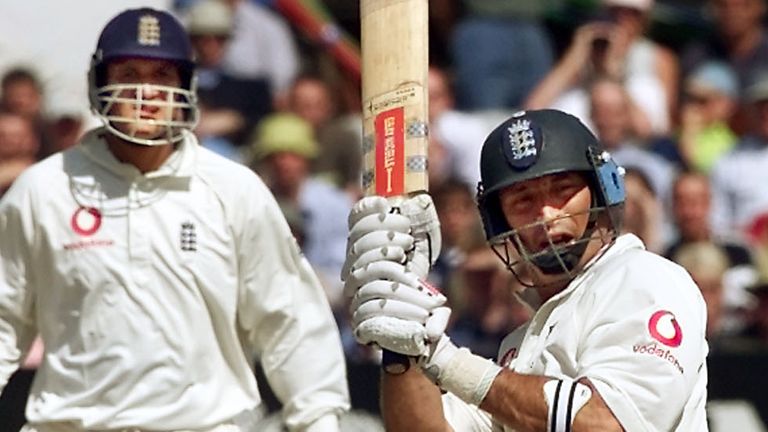 There was a notable fright, though, when Butcher was on 97. He set off for the non-striker’s end, only to see Hussain static, so quickly had to perform a U-turn and make his ground at the keeper’s end. Not like Nasser to be involved in a run-out scare…

The stand was broken when Hussain, incorrectly as it turned out, was adjudged caught behind off Gillespie for 55. England headed in for tea on 222-3 – with 93 needed to win, they had become favourites but I still reckoned there could be a sting in the tail. This was a formidable Australia after all, one with the armoury to fight back.

There was a sting in the tail – but only for Australia with Butcher taking his batting to an even higher plane towards the end of the third and final session. Gillespie suffering the brunt of the punishment.

Mark Ramprakash’s dismissal for 32 with 26 runs required meant Usman Afzaal – remember him? – watched from the other end as Butcher blazed Gillespie for four, four and six in a 19-run 73rd over before completing England’s victory two balls into the 74th, with a three off Shane Warne.