ARSENAL star Thomas Partey will miss the start of the Premier League season through injury, according to reports.

The midfielder limped out of the team's 2-1 pre-season defeat to Chelsea at the Emirates on Sunday after suffering a knock to his ankle. 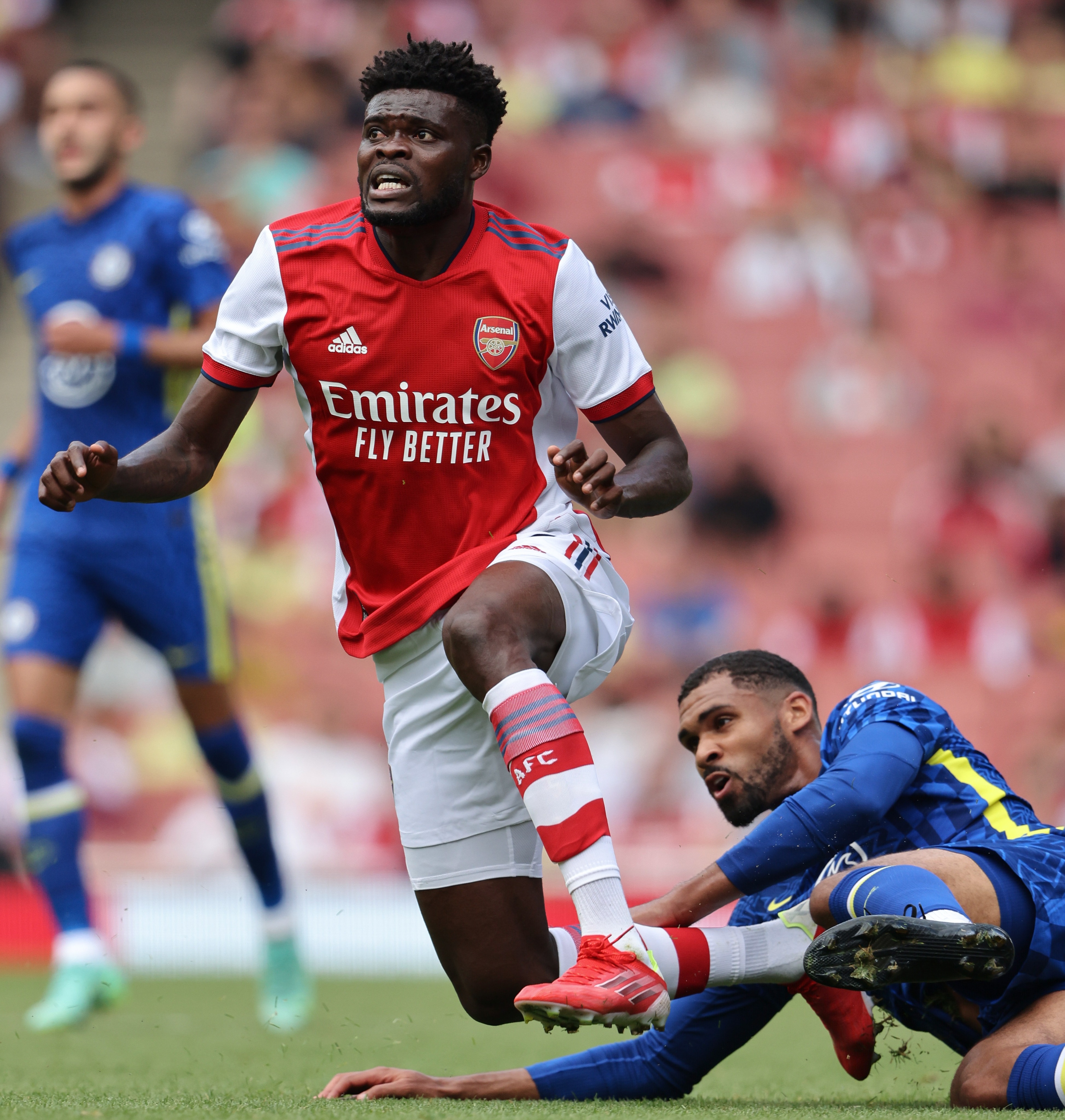 According to Football London, the 28-year-old will miss Arsenal's Premier League opener against Brentford on August 13.

And it's believed Partey will not be fit in time for the first home game of the new season, ironically against Chelsea on August 22.

But it's hoped the Ghana international will return earlier than scheduled if his recovery goes well.

Partey was forced off during the first half of Arsenal's friendly against Chelsea after a strong challenge by midfielder Ruben Loftus-Cheek.

Manager Mikel Arteta did raise concerns about the player's injury when speaking to the press after Sunday's match.

He said: "I just had a talk with the doc. He'll have a scan tomorrow. At the moment it's not looking good."

Partey's time at the Emirates has been blighted by injuries since his reported £45million move from Atletico Madrid in October 2020.

Partey's injury is a concern for Arteta, although the Arsenal boss should have enough reserves in midfield.

The Gunners will reportedly keep hold of Joe Willock, who won May's Premier League Player of the Month award while on loan at Newcastle.

And it's believed Granit Xhaka will sign a new four-year deal at the Emirates, despite interest from Jose Mourinho's Roma.