Even where spectators can attend sports events, physical buffers between them and the athletes often prevent autograph seeking. Players and fans miss the interaction. 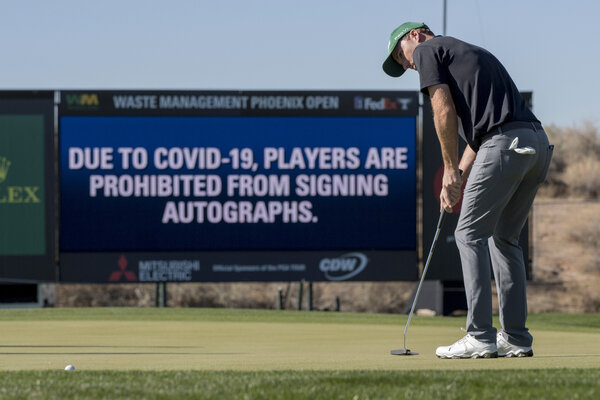 The tennis player Eugenie Bouchard grew accustomed to drawing a crowd of autograph seekers. At tournaments, she routinely scribbled her signature for almost anybody who asked around stadium concourses or outside her hotel.

Bouchard, a 2014 Wimbledon finalist who ranked fifth in the world at her peak, is one of Canada’s most popular athletes. But lately, she has received significantly less attention. She has competed in just four tournaments on the tour since the start of the coronavirus pandemic — sometimes without fans in the stands. Bouchard, 26, said she could count on one hand how many times she had been approached in public for an autograph on any given day in Las Vegas, where she has been training for nearly a year.

“Very, very few,” she said in an email. “It’s like a special occasion now, and I get super excited to sign.”

The pandemic has disrupted almost every aspect of sports culture, including fan attendance at games. Even where there are reduced-capacity crowds, buffers between spectators and players have largely prevented interactions, including one of professional athletes’ traditional responsibilities: giving autographs.

“Signing and taking pictures is one of the perks of the job,” Bouchard said. “I remember being that kid dying for an autograph from a player.”

In many stadiums and arenas worldwide, massive tarps now cover areas above the tunnels where athletes pass in and out of playing areas and where zealous fans with pens and sports memorabilia typically jostle for position around the railings.