The pandemic is forcing players to reduce travel, so this BMW P.G.A. Championship near London has become homegrown. 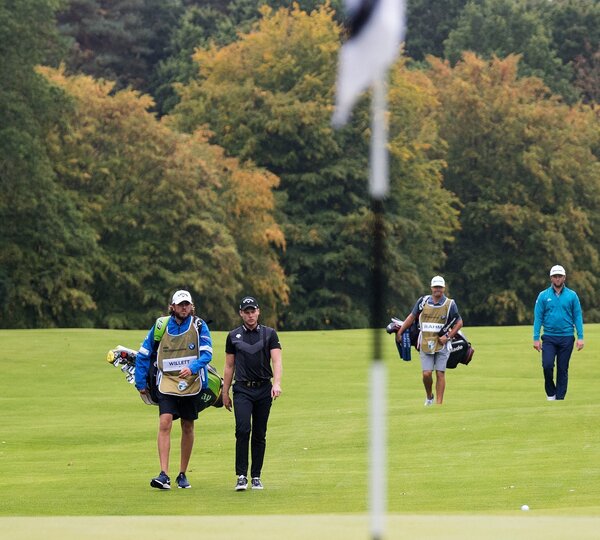 The English golfer Danny Willett had a two-shot lead over Jon Rahm, the young Spanish sensation, as they approached the 18th tee in the final round of last year’s BMW P.G.A. Championship.

In the distance, Willett could see the massive grandstand ringing the green about 500 yards away. The seats were packed with fans who were cheering on their countryman at the Rolex Series tournament at the Wentworth Club in Virginia Water, England.

Under that pressure, Willett hit a drive down the fairway, and with 225 yards left he hit a 5-iron safely on to the green. He had a tap-in birdie putt for a three-stroke victory.

“Coming up against Johnny Rahm and playing some good golf that week felt amazing,” he said last week. “After hitting the second shot on the green, I was able to take it all in coming up 18, with that amphitheater filled with fans.”

The BMW championship is just below the four majors in importance on the European Tour schedule and is the third Rolex Series event of the 2020 Race to Dubai. The BMW championship historically attracts a strong field and tremendous fan support to the town, about an hour west of London.

Players come from around the world to an event held at the European Tour’s headquarters, a golf and residential complex that was once a private estate. Today, it has three 18-hole courses, a par-3 course and scores of houses on the grounds.

But this year is quite different. The Covid-19 pandemic has resulted in restrictions on travel and is requiring the rigorous testing of participants. Per most sporting events, the tournament will have no fans, but given the far-flung nature of the European Tour, maintaining a healthy field will require more vigilance.

“The challenge for us is that every one of our tournaments is an international event and, as such, entirely different to the domestic sports leagues that restarted in various countries before we were able to,” said Clare Bodel, a spokeswoman for the European Tour. “We had to develop a stringent testing and safety plan that would tie in with international government and public health guidance, which is often rapidly changing.”

More important for the competitors, though, is the strength of the field. And the 2020 field will not be as strong as in the past, with fewer top-ranked players coming from around the globe. Instead, the tournament is promoting the homegrown English golfers who are playing in it. Those include Willett, Matt Fitzpatrick, Tommy Fleetwood, Tyrrell Hatton and Justin Rose.

Top European players who were there last year but live in the United States won’t be playing. This includes Rory McIlroy, who lives in Florida, and Paul Casey and Rahm, who both live in Arizona.