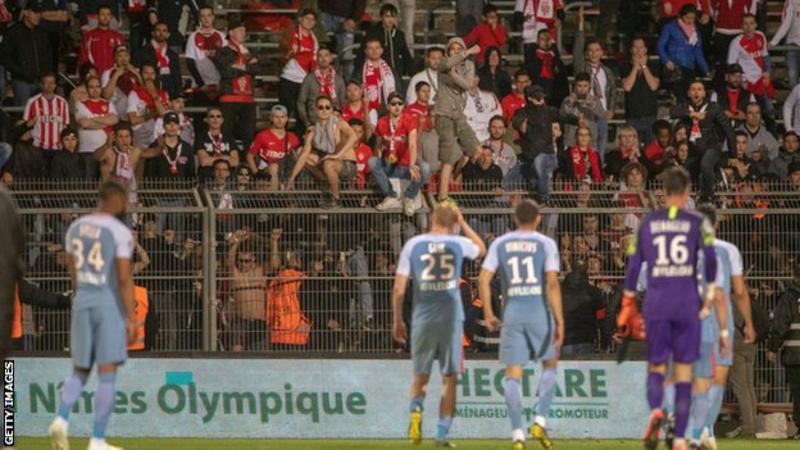 A little over two years ago, Monaco were the darlings of Europe, a poster club for excellent recruitment, alluring counter-attacking football and savvy use of the transfer market.

Their peak came in 2016-17 when they earned effusive praise for reaching the Champions League semi-finals. Their rapid decline since then has been astonishing, a heavy fall from glory to ignominy.

Having used the benefits of billionaire Dmitry Rybolovlev’s wealth to gain promotion back to the top flight in 2012-13, Monaco finished in the top five for five seasons in a row.

In the year they reached the last four of Europe’s major club competition, they also comfortably held off Paris St-Germain to win the Ligue 1 title – the only season in the past seven that PSG have failed to finish a campaign as French champions.

But the good times did not last. There were signs of decline in 2017-18, but last season Monaco won on the opening day and then managed two more league victories until February. Their first home league win came on 2 February and they survived relegation by one place and two points. Their Champions League nadir was a 4-0 home defeat by Club Bruges; they finished with a solitary point in the group stage.

Between 2013-14 and 2017-18, Monaco won 60% of their league matches. In the final two seasons of that period, they won 71%. Since then, their win percentage is 22%. Title challengers have become relegation candidates, European ambitions extinguished. 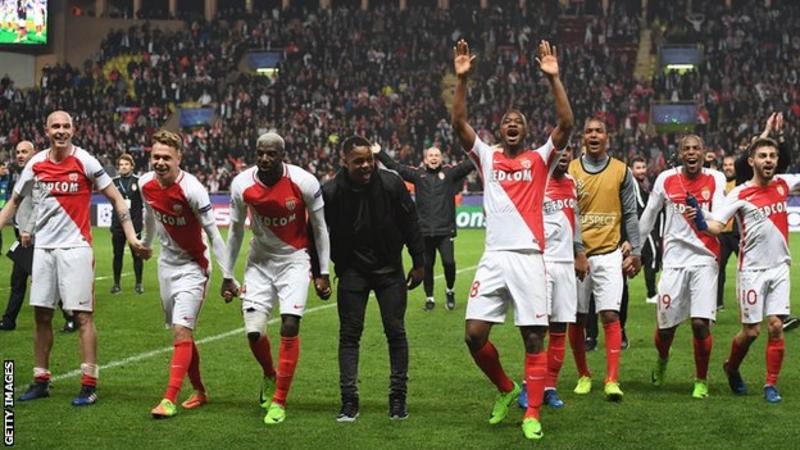 To the uninitiated, there is an obvious explanation for Monaco’s fall from grace. Kylian Mbappe, Fabinho, Benjamin Mendy, Bernardo Silva, Thomas Lemar and Tiemoue Bakayoko all faced Juventus in the Champions League semi-final second leg in 2017, and were sold over the next two years for fees of £340m.

Surely no club can afford to sell so many of its highest performers and retain realistic hopes of maintaining their performance?

But then this was always Monaco’s plan.

When they reached the Champions League quarter-finals in 2015, knocking out Arsenal in the process, their team contained Anthony Martial, Yannick Carrasco, Layvin Kurzawa and Geoffrey Kondogbia as they coped with the loss of James Rodriguez and Radamel Falcao. Those four players were all sold that summer to high-profile suitors.

This is how clubs outside of Europe’s financial elite are supposed – even forced – to work. We have seen a similar model replicated by Southampton and then Leicester City in the Premier League: Buy low, develop, sell high, reinvest.

It is not Monaco’s strategy that caused their downfall but the execution of it. They have spent £360m on players over the past three seasons, 14 of whom cost between £10m and £40m. That might not be enough to keep up with Europe’s elite in the Champions League but it should have been more than sufficient to keep Monaco in the upper echelons of Ligue 1.

The majority of that money was wasted. Monaco’s initial aim was to recruit players who were on the verge of blossoming and fulfilling their potential, peppering the squad with experienced pros such as Joao Moutinho, Falcao and Ricardo Carvalho to mentor those coming through.

But their latest spending drive has focused on younger players who will need at least two or three years to develop into first-team regulars. Pietro Pellegri (16) and Willem Geubbels (16) were just two of a number of teenagers signed. They cost a combined £40m, and have so far played a total of 107 Ligue 1 minutes.

That might have worked out if the established players had pulled their weight.

But recent signings Aleksandr Golovin – sent off in a 3-1 defeat at Montpellier on Saturday – Nacer Chadli, Jean-Eudes Aholou and Cesc Fabregas have struggled and senior players such as Kamil Glik, Adrien Silva and Gelson Martins have come in for some criticism too.

The inevitable result of scattergun spending is a bloated squad. Monaco used 42 players in league games last season, nine more than any other Ligue 1 club.

Facing a fight for relevance 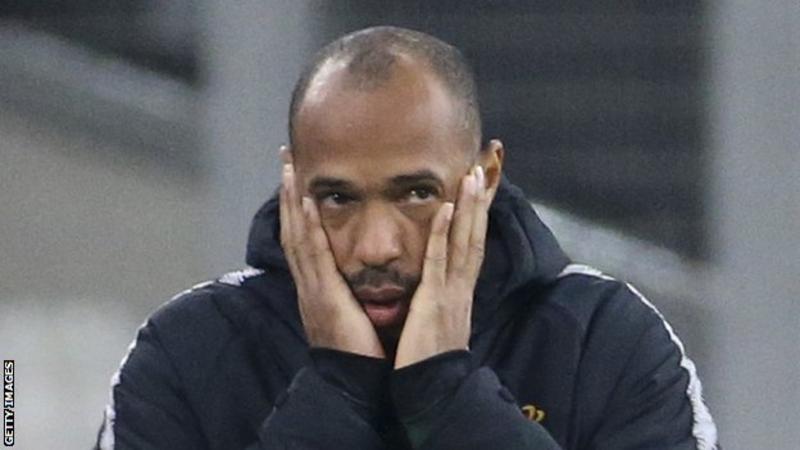 These missteps were exacerbated by unhelpful upheaval behind the scenes. Vadim Vasilyev – general manager and vice-president – was the mastermind behind the club’s sustainability and profitability, but he relied upon a technical director to oversee player recruitment.

Luis Campos left that role in 2015 and joined Lille, significantly weakening Monaco’s hand. Former Chelsea honcho Michael Emenalo was his replacement, and oversaw a period of questionable recruitment and the disastrous appointment of Thierry Henry as manager in October 2018.

Vasilyev ultimately paid for his role in the decline with his own job in February, sacked by the owner. Emenalo stayed until August before leaving by mutual consent, and could consider himself fortunate to last that long.

That leaves CEO Oleg Petrov in charge of club affairs, but Petrov is not a football man and the technical director role is still empty. Monaco’s ability to rebound from this disaster surely depends on it being filled by a proficient candidate.

But there is another undertone to Monaco’s collapse: are they more prone than any “normal” club to their fortunes changing like the wind?

They are unlike PSG, Marseille and Lyon, all of whom have established fanbases that demand improvements in times of toil.

Monaco have the lowest home attendances in Ligue 1 and exist in a principality where an estimated 30% of the population are millionaires. Might players move to Monaco for the pleasant lifestyle, rather than with an unshakeable urge to win trophies or arrest a slump? And, if so, is success likely to evaporate and the rot of underperformance set in more readily there than elsewhere?

Whatever the truth, Monaco face a fight for relevance that seemed unlikely when they were the darlings of European football two years ago.

They will hope they have – for now at least – extinguished the latest fire.

By beating Nice and Brest over the past three weeks before Saturday’s loss to Montpellier, Leonardo Jardim – the man who guided them to that Champions League semi-final only to leave and then be reappointed following Henry’s departure – helped the club record consecutive league victories for only the second time in 13 months.

Jardim remains philosophical but knows his job will be in danger again if performances do not continue to improve.

In 2017, he joked about being Monaco’s Sir Alex Ferguson, creating a dynasty; now there’s no time for jokes. “We can’t attack the coach on his way of working and his methods, but we can on results,” Jardim said last month. “Coaches live by results.”

Monaco still sit one point above the Ligue 1 relegation zone but they will take any good news they can get.

Whether they survive slipping back to Ligue 2 or not, they stand as a lesson to every club outside the few financial superpowers. Your best players will be targeted, your credentials will be constantly re-tested and you can only claim to be as good as your last season.