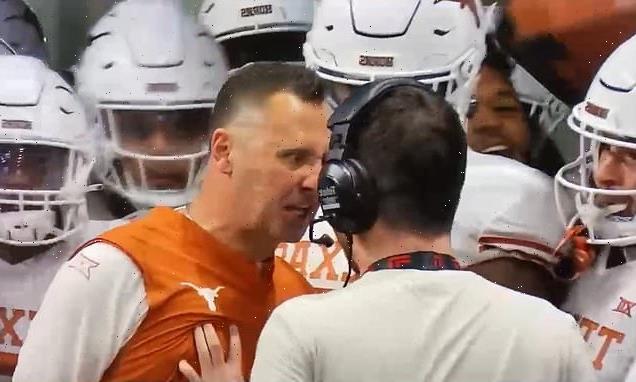 ‘Don’t F****N’ touch me again MOTHERF****R’: Texas head coach Steve Sarkisian goes OFF on broadcast aide for holding him up before the Valero Alamo Bowl

Texas head football coach Steve Sarkisian went off on what seemed to be an aide with a headset before the Longhorns ran onto the field at the Valero Alamo Bowl on Thursday.

Video captured before the game saw the team standing in the tunnel ready to run out in San Antonio.

A man in a grey t-shirt wearing a microphone headset and what appeared to be an ESPN lanyard made eye contact with Sarkisian as he approached the edge of the tunnel and said something to him. The coach appeared to nod back in return. 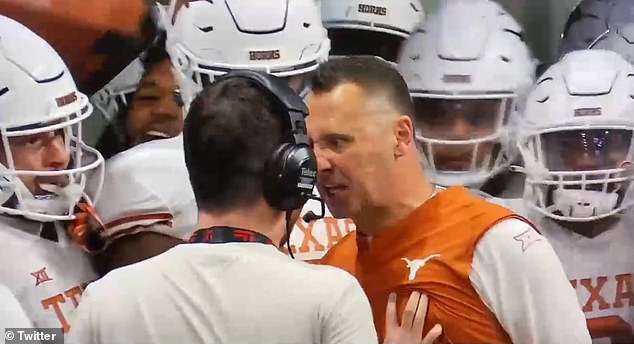 As Sarkisian got in front of his players to lead them out, the aide put his hands up to make sure the coach didn’t run out onto the field just yet.

His hands went across Sarkisian’s chest. After about two seconds, the coach turned to the aide and began spewing profanities at him. 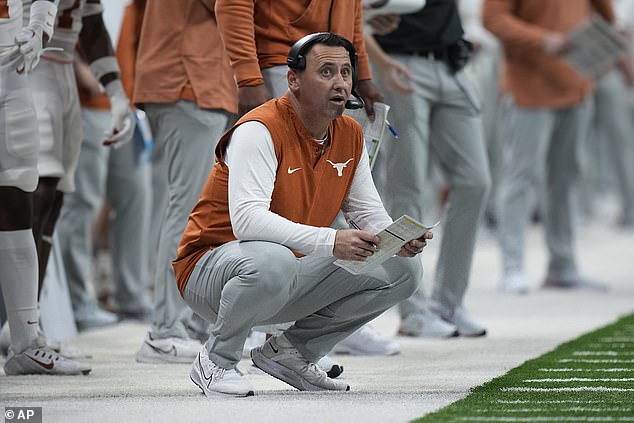 Texas is Sarkisian’s third head coaching stop after stints at Washington and USC. He was placed on a leave of absence and then fired from Southern Cal in 2015 after he violated the school’s zero tolerance policy for alcohol use.

Reports from the Los Angeles Times before the firing revealed that Sarkisian was involved in multiple alcohol-related incidents at Washington.

Sarkisian entered a rehab facility just before he was officially fired from his position. After stops with Alabama and the Atlanta Falcons, Sarkisian signed a six-year contract with Texas in January of 2021.

Texas lost the game Thursday to Washington by a score of 27-20 to finish the season with an 8-5 record. It was his first bowl appearance with the Longhorns. 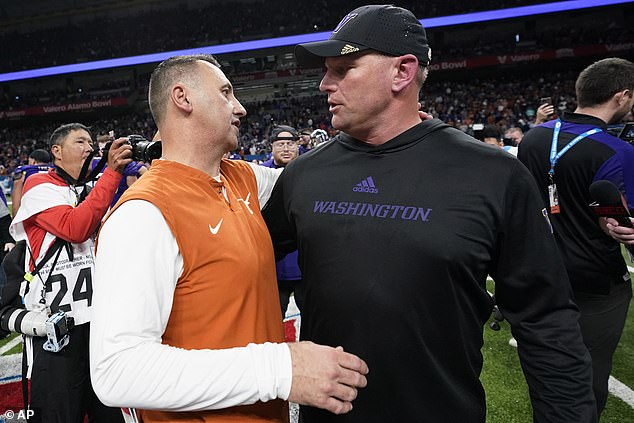