WBC super-featherweight Queen Terri Harper, 23, took on her 36-year-old childhood idol Tasha Jonas in a brilliant seesaw of a fight that the judges could not split. 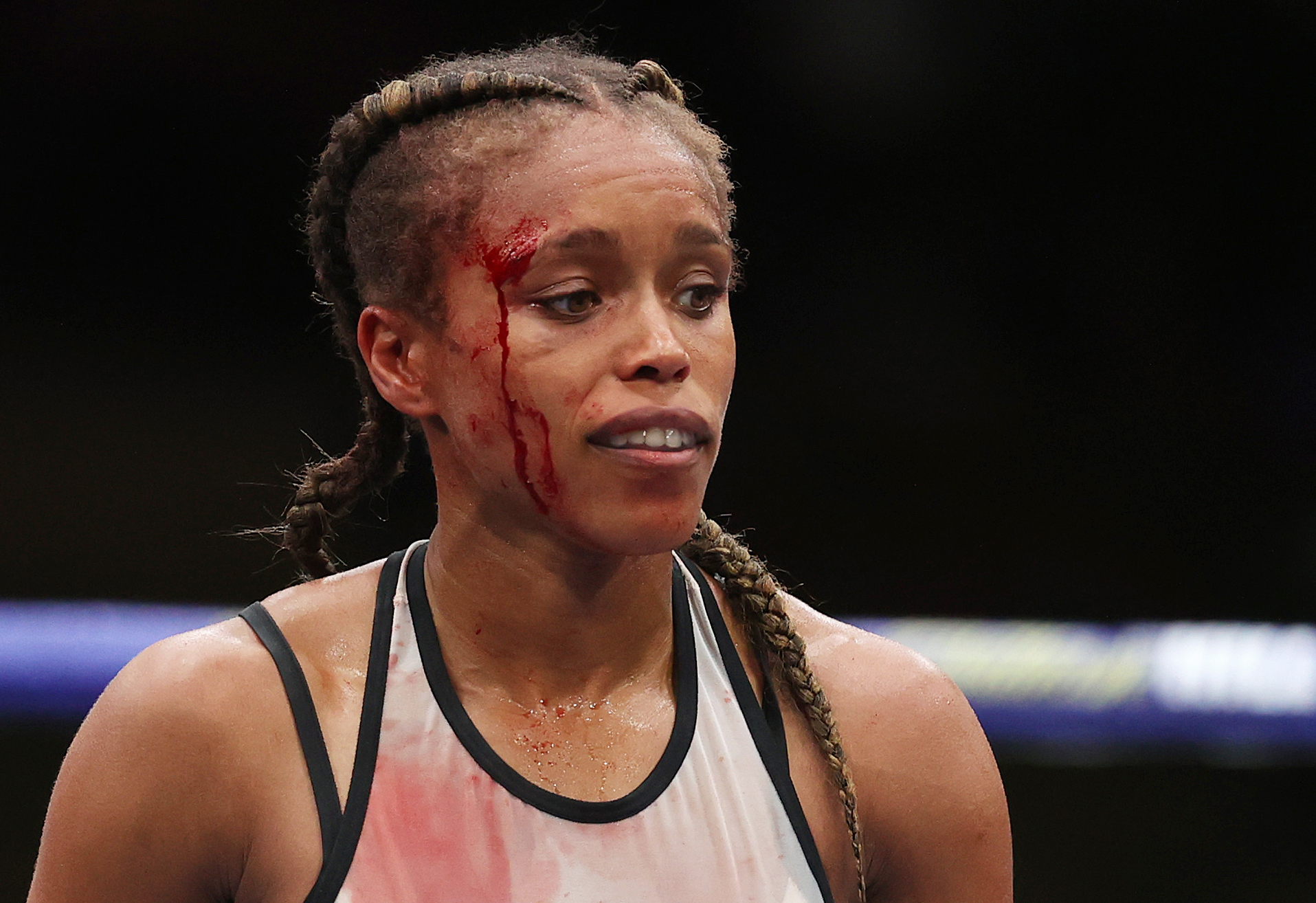 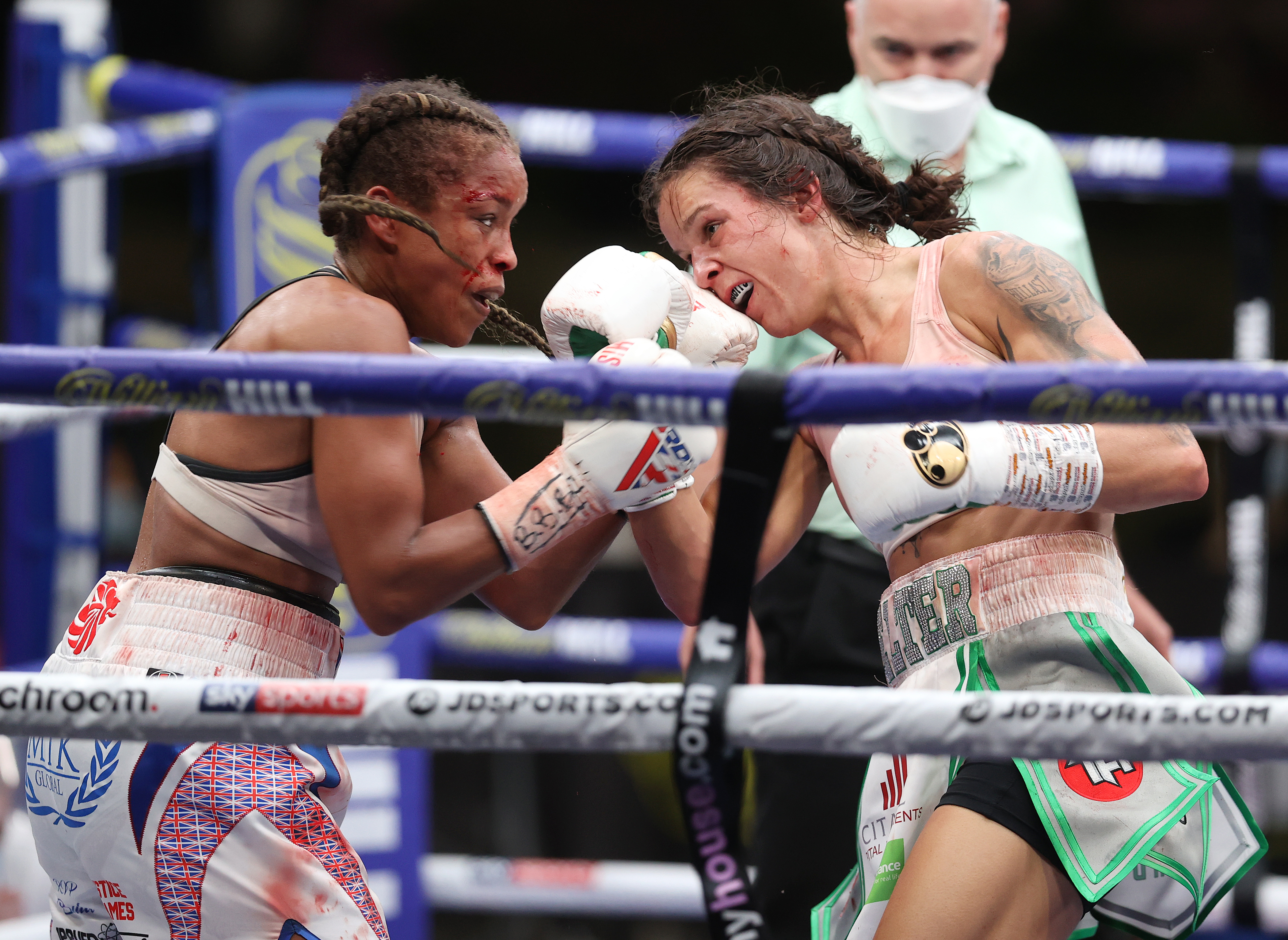 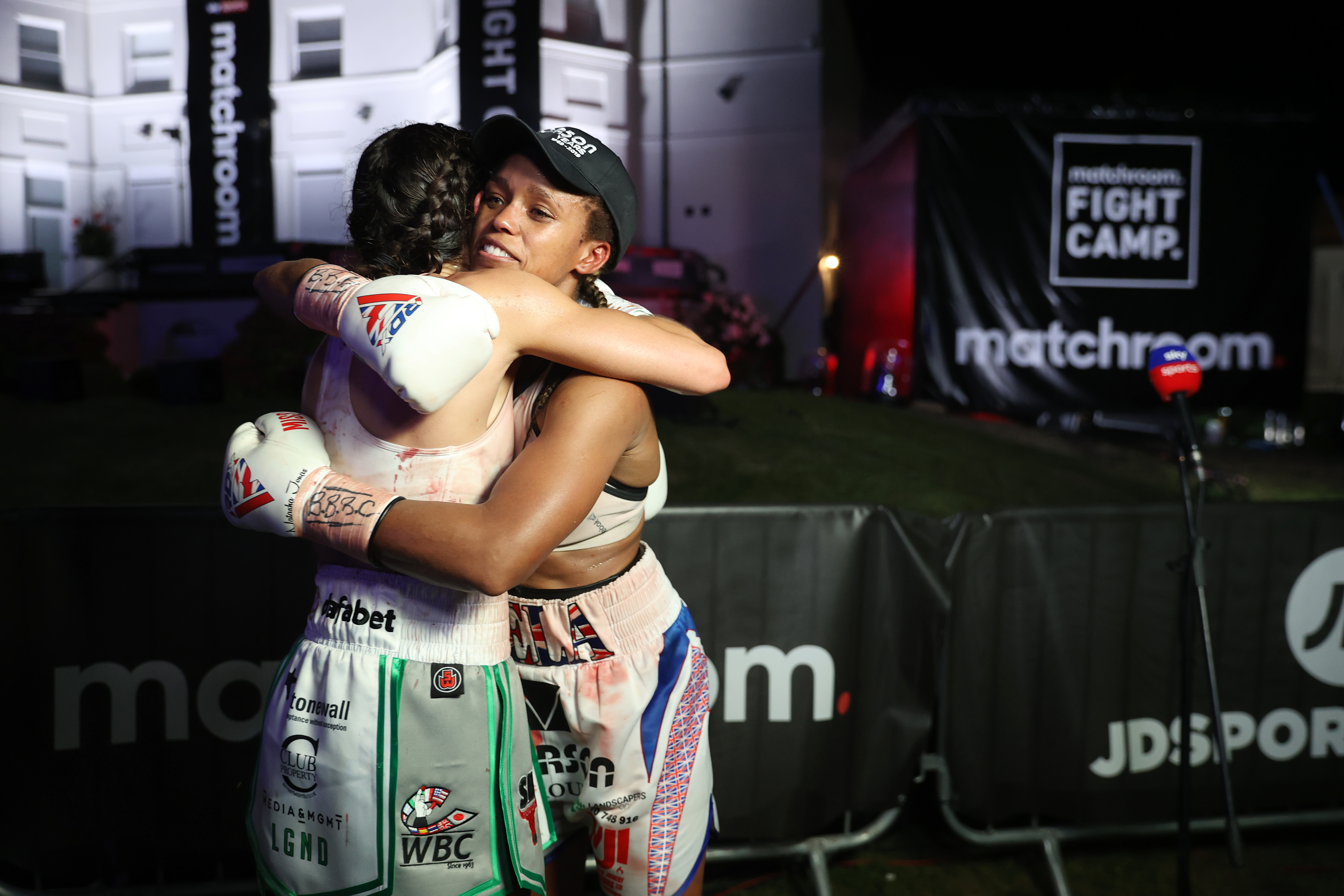 Liverpool southpaw Jonas scored with the bigger single shots, while Doncaster lass Harper was busier with more flurries and both vowed to rematch after doing the sport immensely proud.

Harper said: “I caught her, she caught me and we hurt each other. I am only 23 and I only had 16 amateur fights.

“I want to thank Tasha for that fight, it was a great learning fight for me and I will go right back in for the gym, for the next one.

“She hurt me in the eighth, wobbled my legs and I had to get back and suck it up for the last two rounds.”

Southpaw Jonas, with her daughter Mela’s name etched on her shorts, started busier and landed with the best punch of the opening round when a left hand connected.

It was history in the making and she is going to be in the game for a long time so I am proud but gutted I am not going home with the belts.

Harper launched an attack as soon as the second started but the veteran whipped in a counter left hook that was thudding.

Despite the strong start it was Jonas, the first woman boxer to represent Team GB, who was cut.

The third was a two-minute war as the women slugged it out. First Jonas looked wobbled but then Harper was backed down by an attack from the Liverpool ace.

Close-range hooks and uppercuts were swapped in the fifth, making it almost impossible to split the battling females with 13 years difference.

But Jonas showed her experience in the sixth when a left hand stumbled Harper but at the bell it was Harper rocking her rival’s head back with a straight right hand. 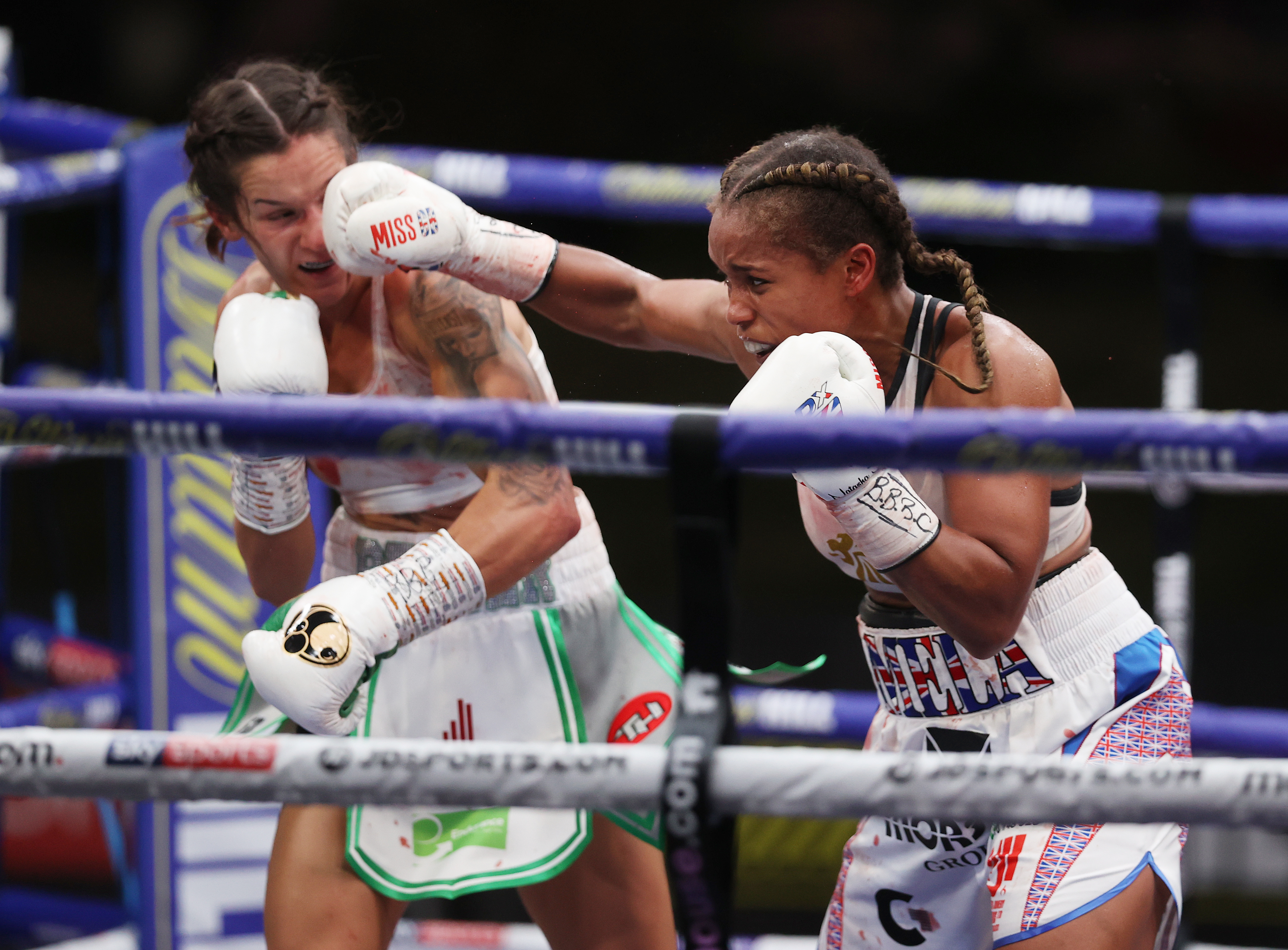 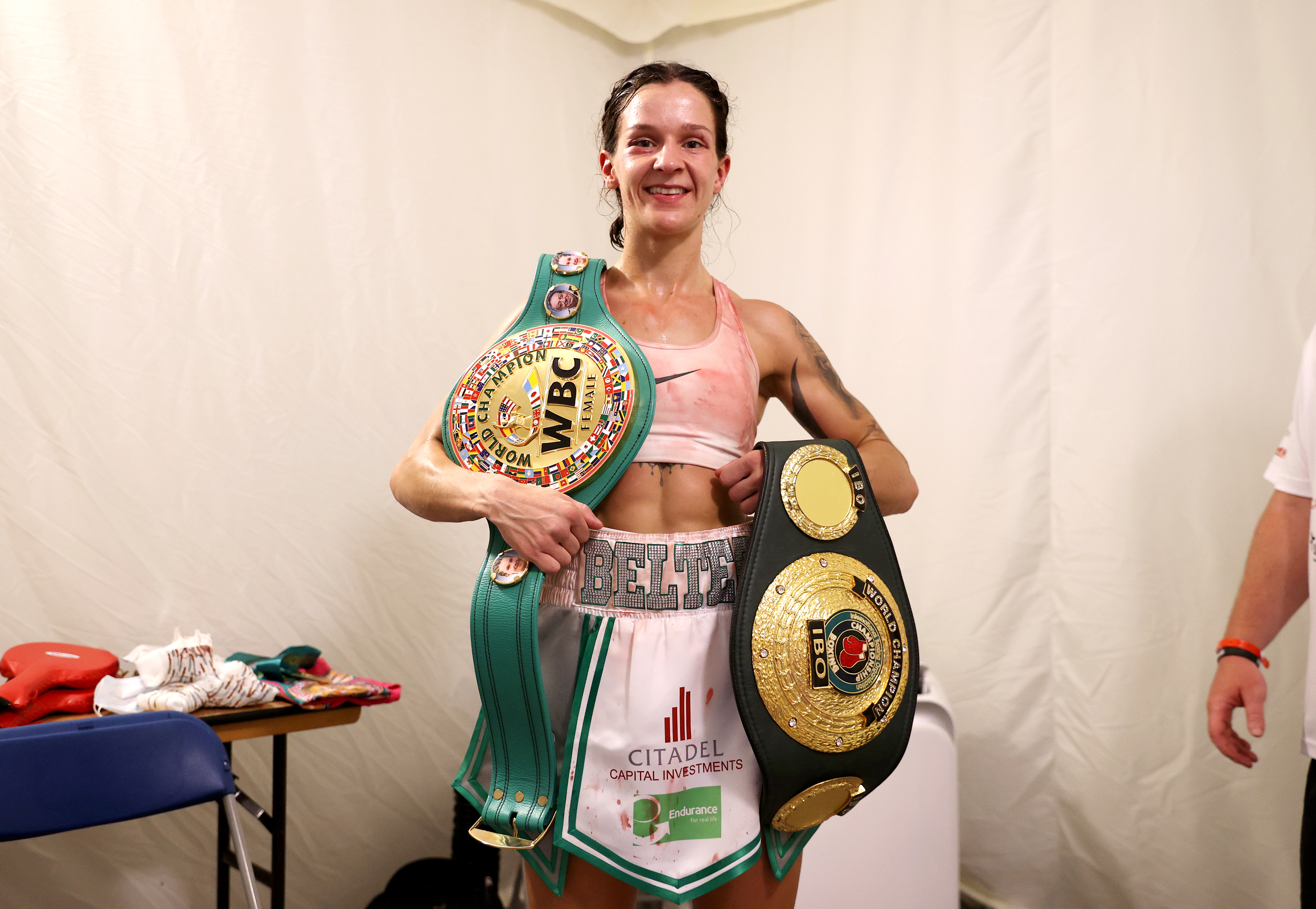 A Harper right hand ripped through Jonas’ guard in the seventh and Jonas was told by trainer Joe Gallagher during the break that he had her 4-3 down and she needed a right hook to get her back in it.

And the advice worked a treat as Harper was instantly stunned at the start of the eighth.

The Scouse leftie crashed in a left hand and followed it with a booming right hook that had Harper shook, clinging on and fighting to stay upright.

In a punishing ninth-round clinch, Jonas stepped back and cracked the Doncaster girl with another right hook.

The pair shared a phonebox full of punches in the final round, a Harper uppercut caught the eye but Jonas never wilted and heard the final bell for the first time in her career and was lifted aloft by trainer Gallagher in hopeful celebration.

Jonas said: “I felt I had done enough, level up until eight and I won nine clearly and 10. It was history in the making and she is going to be in the game for a long time so I am proud but gutted I am not going home with the belts.

“Hopefully we have made the public proud of women's boxing and convinced anyone who wasn’t sure about it before. I would do the rematch 1million per cent.

“At least the world title bouts stay on this side of the Atlantic.”