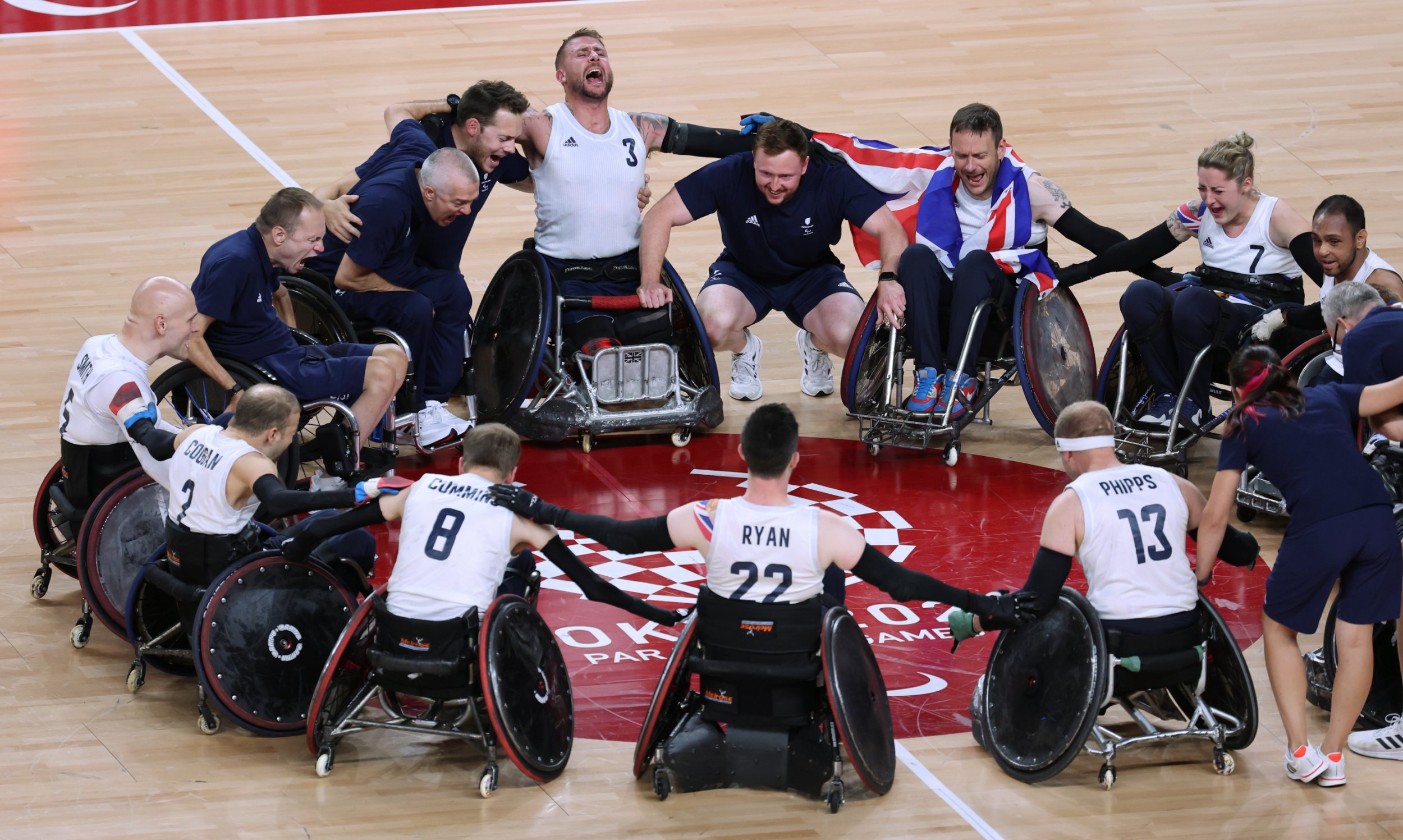 Team GB have won their first-ever wheelchair rugby gold medal at a Paralympic Games with a 54-49 victory over USA.

The sport, which was originally called ‘murderball’ due its aggressive and full-contact clashes, was first introduced as a full event at the Paralympics in 2000.

But a medal had eluded Great Britain until Tokyo after defeats in the bronze-medal play-offs in 2004 and 2008.

In their final against USA on Sunday, Team GB led the way throughout but the score was always tight and a brilliant performance in the final quarter played a key role in securing gold.

‘What an amazing shift that was,’ Roberts said after Team GB’s historic win.

‘That was one to remember. I play to win every game I go into, so that’s what I wanted to come for. We knew there woul dbe some amazing teams here.

‘USA are a class act, and it was just amazing to meet them in the final.

‘They always beat us in the major tournaments and it was nice to put a nail in that one.’