KING of the Oche Phil Taylor has seen the future of darts – and fully expects the young Prince to sit on Eric Bristow’s throne.

The Power was at the Tower of London on Monday evening to face 13-year-old Leighton Bennett, the reigning BDO world youth champion, in a clash of the generations. 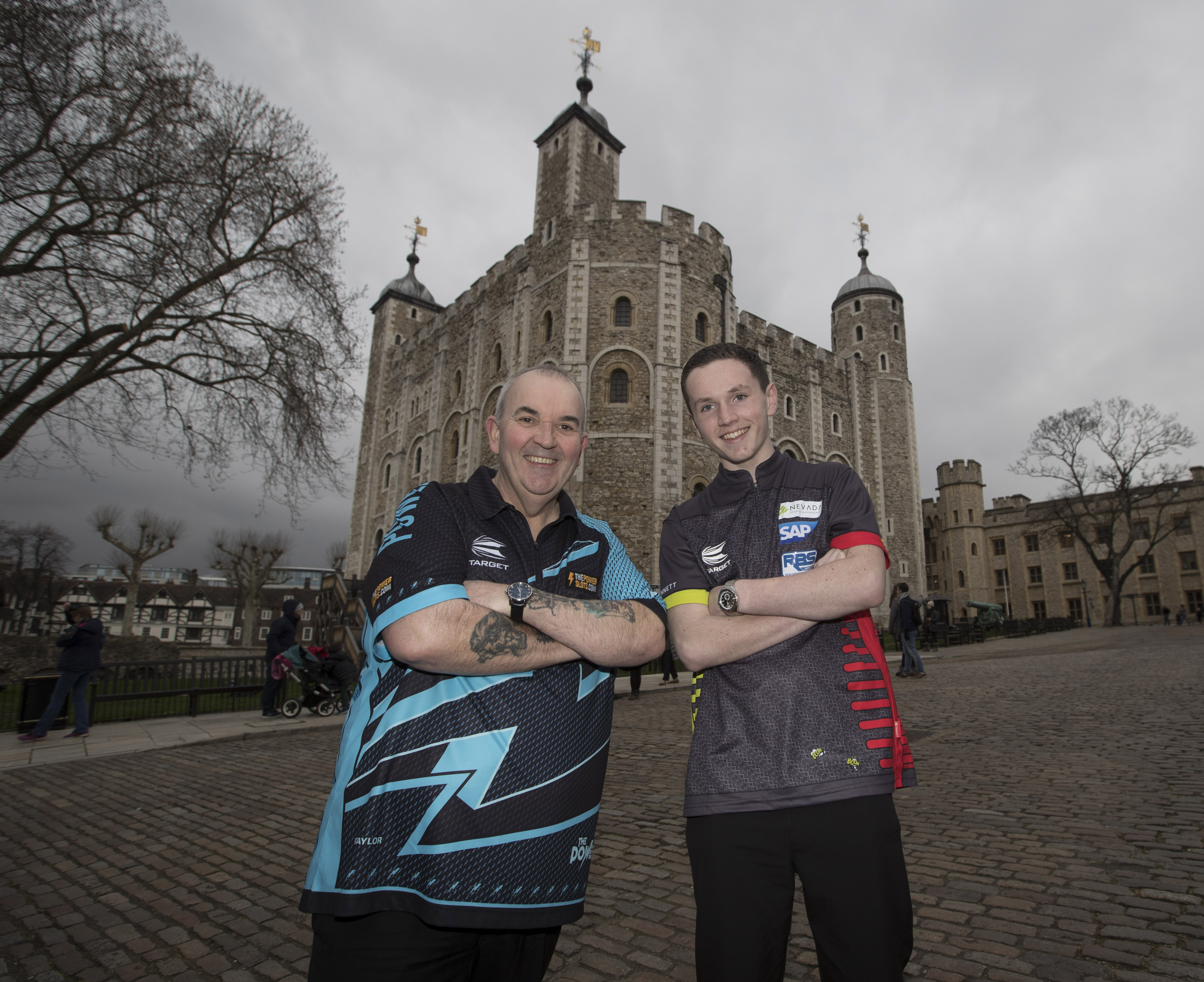 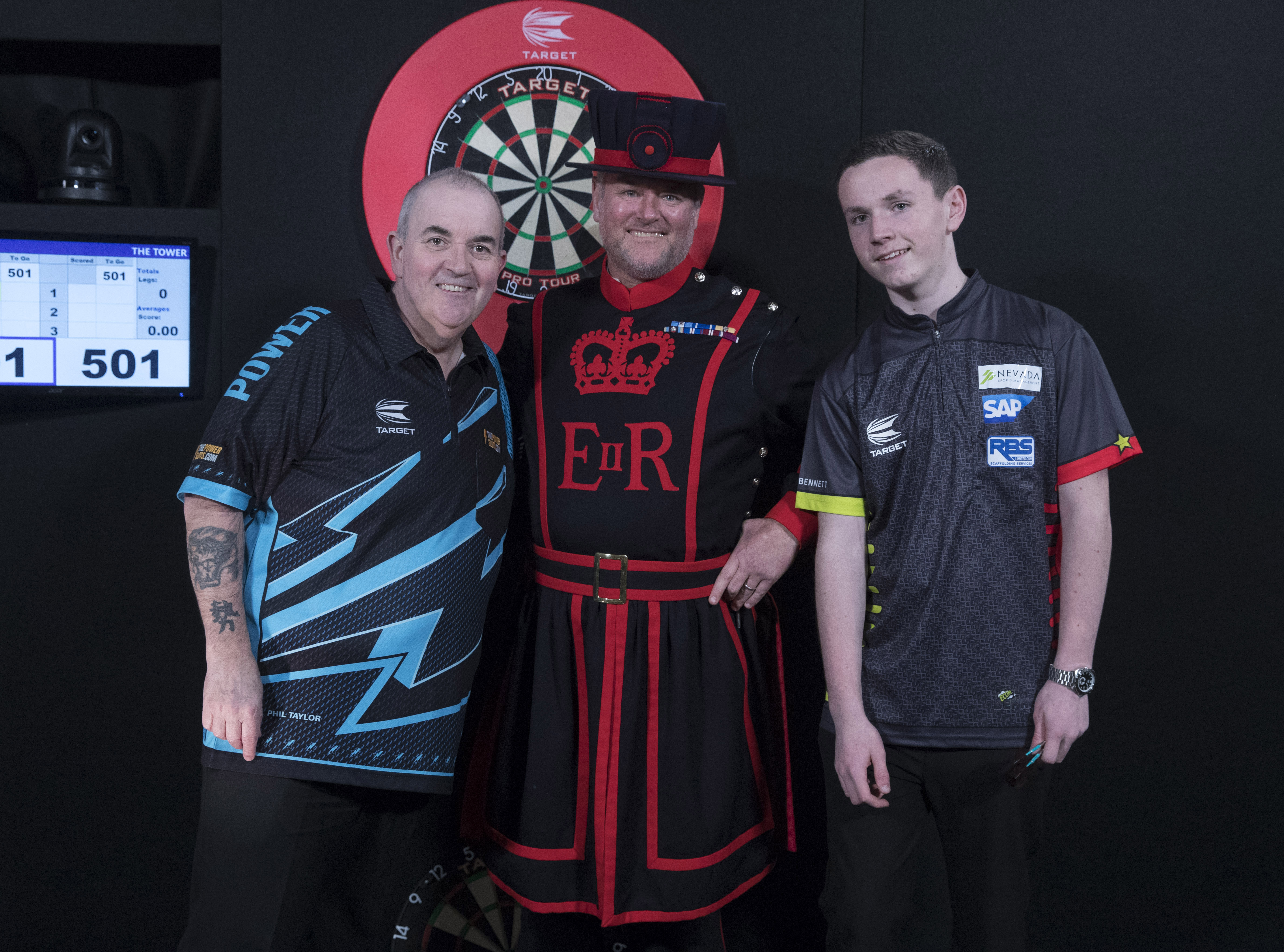 Only 100 yards or so from the Queen’s Crown Jewels, tungsten royalty Taylor prevailed 10-7 in their much-anticipated exhibition match.

Yet the 13-year-old Lincoln lad showed plenty of bottle to lead 5-4 despite falling 4-1 down – with more than 100,000 people watching via a live Facebook stream.

Taylor, the 16-time world darts champion, sees similarities with his late mentor Bristow, saying: “Leighton is a lovely lad and a good player.

“For his age he’s probably the best 13-year-old I’ve ever seen – apart from Eric. He is very good.

“If anybody is going to challenge Eric’s record of being the youngest world champion – at 22 – then it’s this lad. He could do it.”

Bristow held the title of the youngest world darts champ for 26 years until the honour was passed to then 21-year-old Dutchman Jelle Klaasen. But prodigious Bennett will fancy his chances of rewriting history.

For his age he’s probably the best 13-year-old I’ve ever seen – apart from Eric. He is very good.

Taylor said: “My advice is to stay the same, stay exactly the way you are.

“Keep your feet on the ground. If he earns any money put it in the bank, forget about it, enjoy it when you are older.

“The best thing about him is that he has his parents around him as well, who will keep him grounded and level-headed.

“It’d be easy to get up in the morning and think: ‘I won’t practice today, I’m a champion.’ But I think he’s one who gets up and does his practice in the morning, does his schoolwork, does everything right.

“Those who knock him for celebrating like he does are the ones who haven’t won anything.”

Bennett, who receives sponsorship from SAP, has won five JDC events this year and banked almost £10,000 in prize money. He said: “It was awesome to play Phil. I took seven legs off a 16-time world champion! I don’t even mind losing.”

The 58-year-old makes his living with weekly exhibitions and doesn’t miss the pro circuit, orchestrated by PDC chief Barry Hearn.

Taylor believes there are far too many tournaments and worries that darts’ big names are burning out.

He said: “The top players are all shattered.

“When you turn 50 or are nearly 60 years old, you cannot keep that schedule up. It’s impossible.

“You have young kids like Leighton doing it seven days a week and you cannot compete.

“It’s a young man’s game now. You have got to be fit and healthy and do it right.

“When you are on the road, six to seven days a week, it’s impossible. You can’t do it. There were too many tournaments when I was there. And they put more on now.

“Ronnie O’Sullivan once said a fantastic quote. He said: ‘Barry Hearn is the best thing that ever happened to darts and snooker – but also the worst thing!’

“You are knackered all the time. You become miserable, and don’t enjoy it anymore.”

Taylor was speaking in association with sponsors SAP, the recruitment and employments specialists. 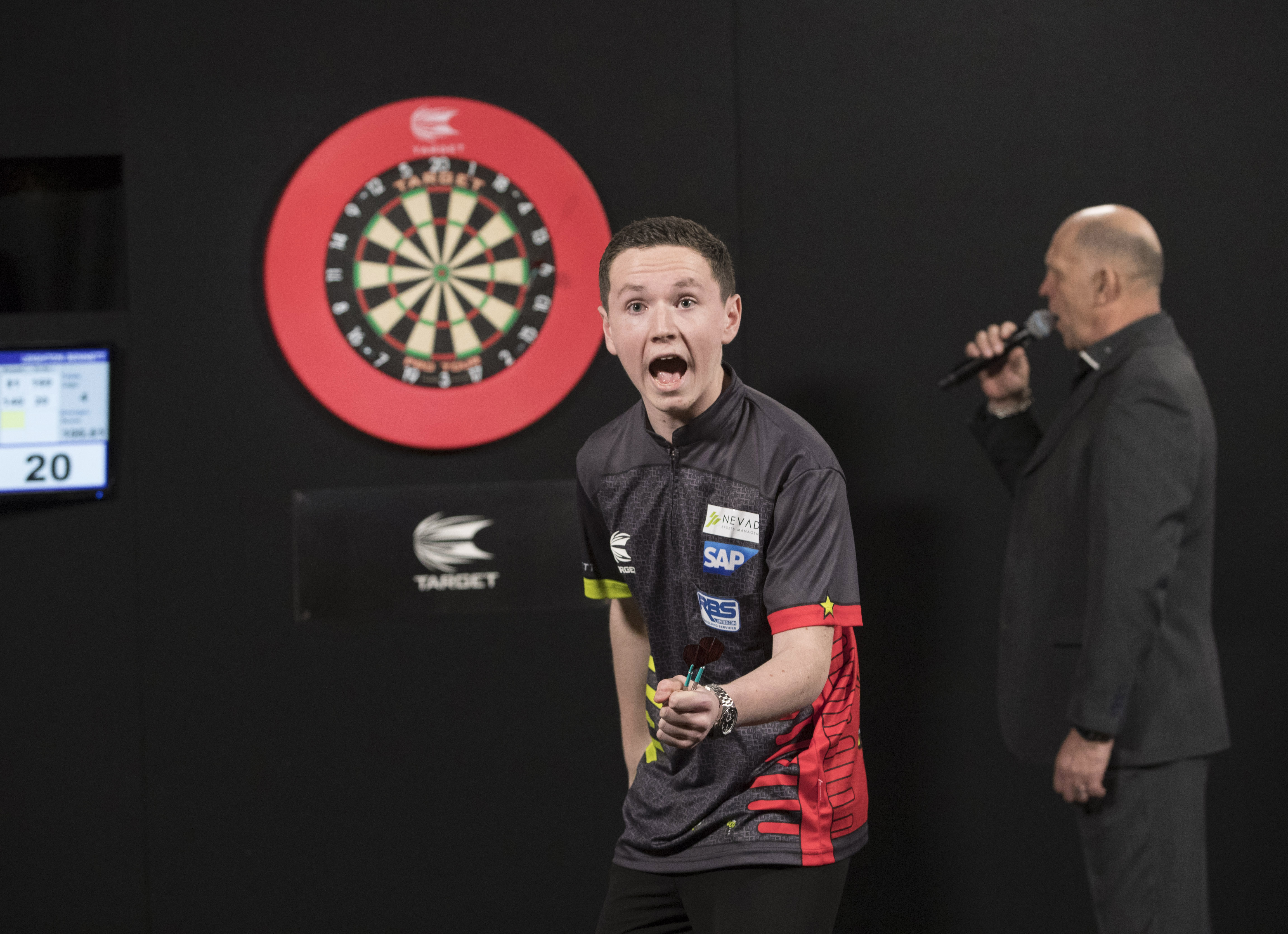 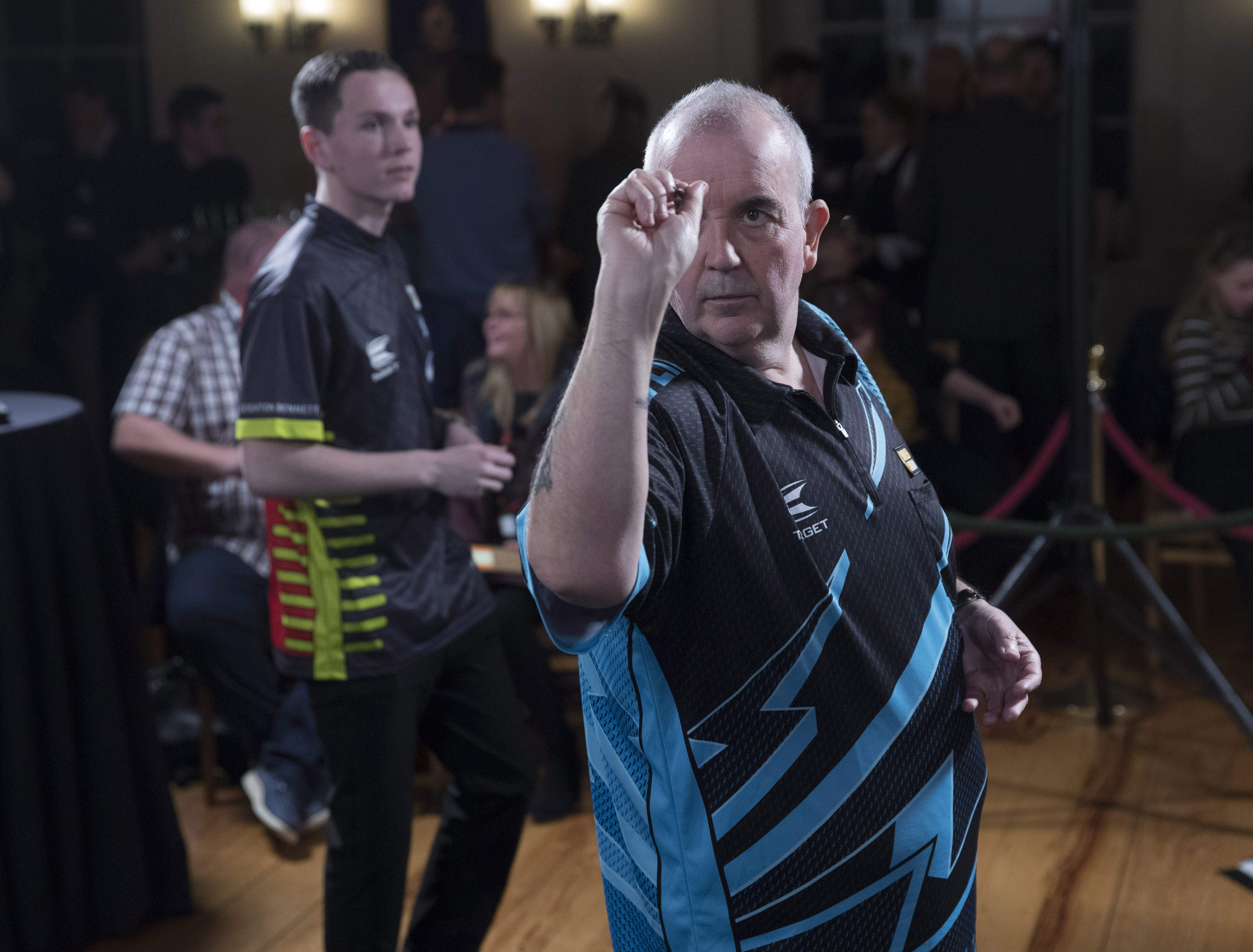 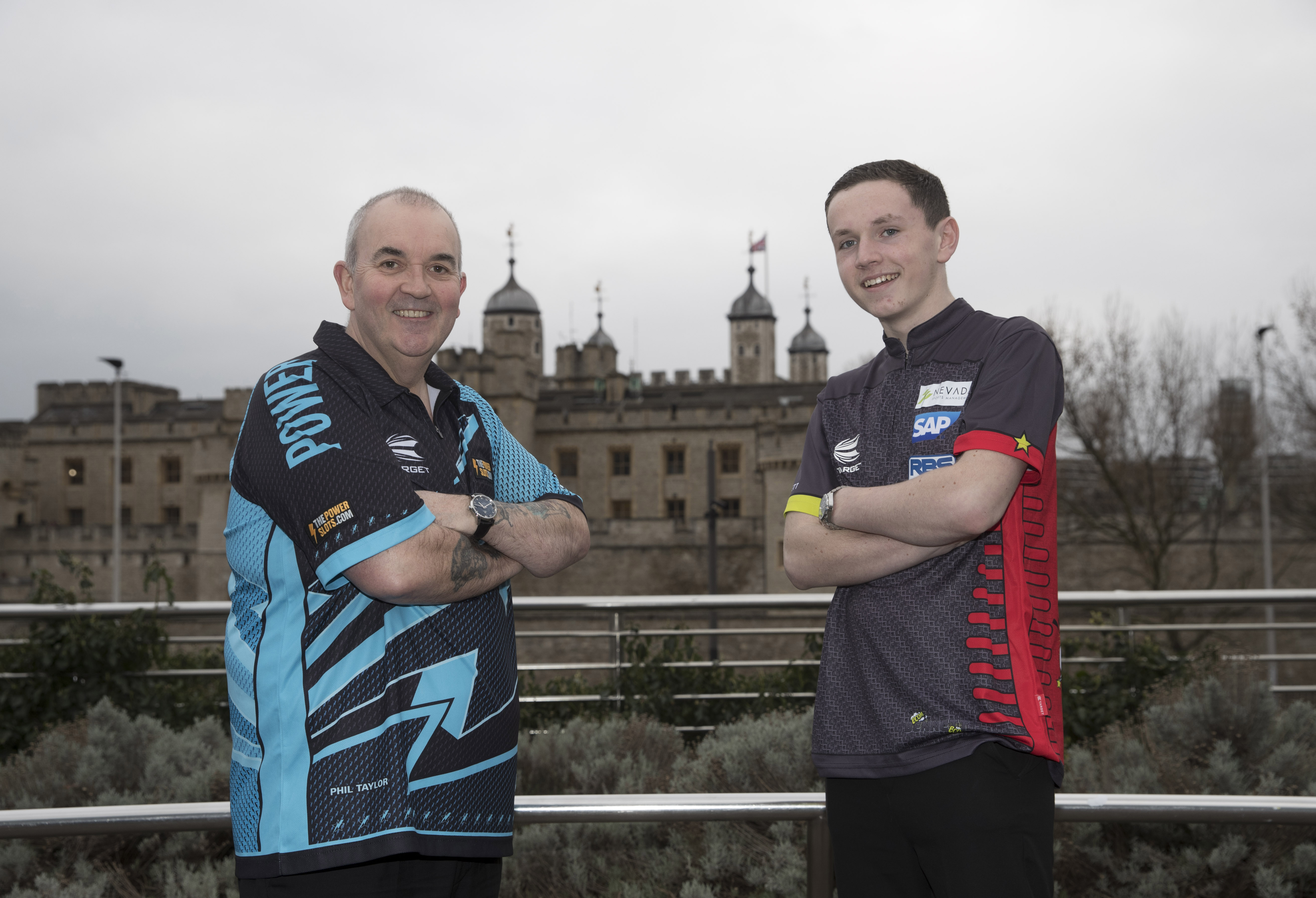