It’s not often a country debutant is forced to work hard from the widest gate, cross to the front, and then shake off the challengers with disdain early in the straight before announcing his racetrack arrival. 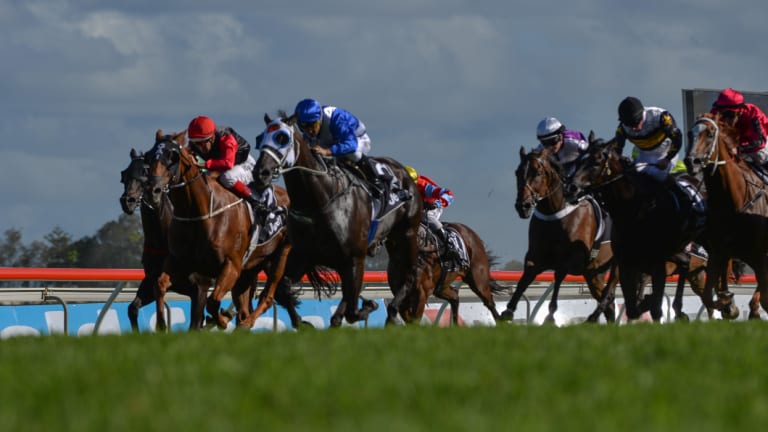 Heading north: there will be a strong Tamworth contingent tackling the eight-race card at Armidale on Tuesday.Credit:AAP

But that’s just how smartly bred Tamworth colt Policy launched his career in a first-up 1000-metre maiden win at Gunnedah, clocking a near-half second quicker than the above-average Havenot winning a class one the same day.

By Exceed And Excel out of an Artie Schiller mare and handled by leading Tamworth trainer Melanie O’Gorman, Policy lines up for his second start today at Armidale in a class one, but this time he jumps from gate two. And breaking down his sectional times, even up in grade, it’s hard to see him losing.

Newcastle gelding Peyton Place, which resumes off a nice forward trial, looms as the likely danger, but he’s drawn out and will need luck.

Policy’s bid highlights a swag of Tamworth gallopers making the trip to Armidale with strong winning credentials, but none are more intriguing than returning four-year-old Moscow Mistress in race three.

The American-bred mare has only had one career run, a close second at Gunnedah a year ago. In fact, her only official trial was an impressive win at home way back on May 2. Trainer Cody Morgan has brought her along very quietly, but with rider Kyle Wilson-Taylor claiming three kilograms, punters have seemingly latched on already. She should get a good trailing position and be strong late.

Another Tamworth rival, Whisper Delovely, also gets a significant weight claim, and looms as the big danger.

But the Tamworth assault doesn’t stop there, one of the best value runners all day is Duble Gaze who looks over the odds resuming in race four.