That's according to bookmakers Betfair, who've installed Dean Smith's side as 7/4 favourites to clinch his signature this summer. 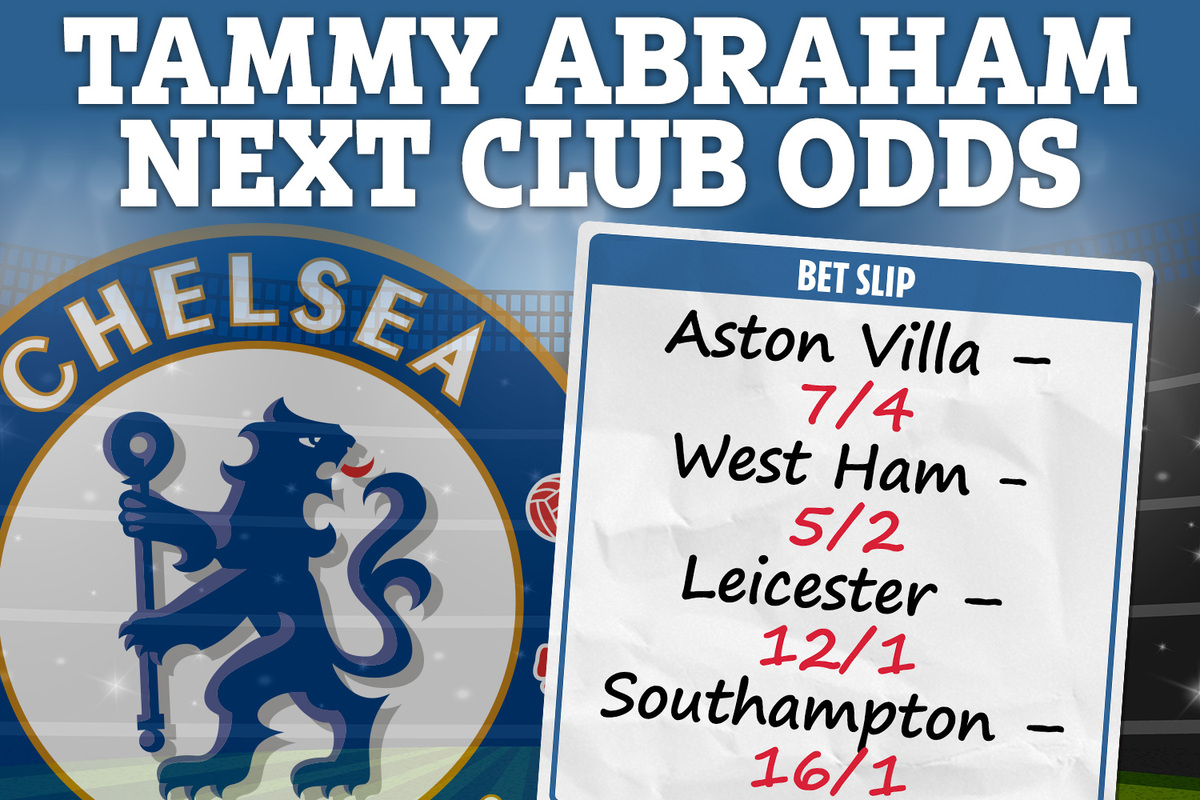 He's managed just three minutes of competitive action since being hauled off at half-time against Southampton in February.

And reports suggest the Champions League semi-finalists are ready to cut ties.

The Telegraph claim Chelsea will listen to offers in the region of £40million for Abraham.

The Blues are busy planning a 'striker reshuffle' with Abraham and Olivier Giroud both departing to accommodate a new addition.

Betfair – Tammy Abraham to sign for before 3rd Sep 2021

Losing the pair would reportedly free up £200,000-a-week in wages and allow Tuchel and Co. to complete a marquee striker signing this summer.

But where is Tammy going?

A return to Villa Park is the most likely scenario, according to bookmakers Betfair.

Abraham scored 26 goals in 40 appearances during his loan spell and proved vital in helping the club achieve promotion to the top-flight.

West Ham are their closest challengers at 5/2.

The Hammers are in desperate need of attacking reinforcements with injury-prone Michail Antonio their only recognised striker.

Sebastien Haller was sold to Ajax for £20million back in January and the club were unable to secure a replacement before the window slammed shut.

Leicester are a distant third in the betting at 12/1 with Southampton and Crystal Palace following next at 16/1 and 20/1 respectively.

Arsenal, Everton and Leeds are all locked together at 25s while Manchester United are the outsiders of the field at a HUGE 40/1 with Betfair.

Former United star Rio Ferdinand is convinced that Abraham is being treated unfairly by Tuchel, who is prioritising mega-money signing Timo Werner instead.

He told BT Sport: "It's crazy. A young player, does he get the time that a Timo Werner, new signing gets when they come in?

"And they're not treated with as much care and understanding of their character and cotton wool that a new signing gets.

"If you're Tammy, you're sitting there going, 'Right OK, I've got to be playing at least at the weekend to get myself in the shop window for the next game against Madrid.'"