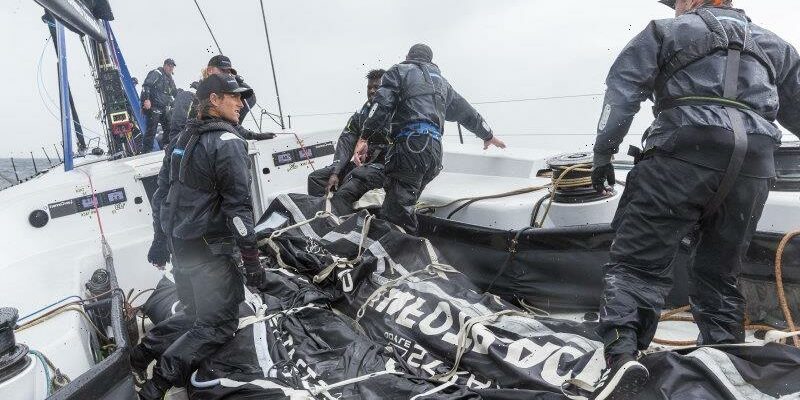 Sydney to Hobart crews face a nervous wait for their final COVID-19 test results as cases in the harbour city skyrocket before the Boxing Day race.

With the Tasmanian government requiring all travellers to have a PCR test within 72 hours before arrival, skippers across the fleet are anxiously waiting to find out if any of their sailors are pinged as a positive case.

While one or two positive cases may be manageable, the biggest concern for most boats is their captain’s test result.

Mark Bradford, the skipper of line honours contender Black Jack, said people would be shocked by the number of last-minute positive tests.

“Everyone will be surprised how many boats have got a problem with this testing process and that’s about public safety and I get it, but it’ll be disappointing for those that can’t go in the race,” he said.

Bradford said he was lucky in the sense he has reserve crew waiting in the wings.

“We have a couple up our sleeve, but our first-pick crew are there for a reason,” he said. 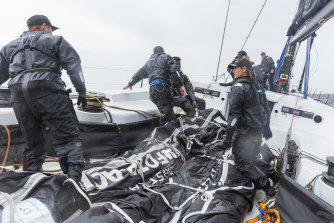 The LawConnect crew is the biggest in the fleet.

LawConnect captain Christian Beck, another line honours contender, said his crew was the biggest in the fleet so could afford to lose a couple.

“It’s not that easy to have back-up crew skilled enough and trained and ready to go,” he said. “We can drop a couple and it’s OK, but we were hoping to avoid that.”

Scallywag captain David Witt, the line honours favourite, said the final PCR tests were proving to be the most stressful part of the race.

Despite isolating for weeks, Witt believes one of his 18 crew members could return a positive test through no fault of their own.

“We still have to get through those PCR tests and that’s a real worry,” he said.

“Yes, you can self-isolate and do all that stuff, but it doesn’t matter. You still have to buy something to eat, and you can easily just catch it. So that’s probably the biggest concern.”

As well as the virus, skippers are also concerned for the safety of the crew during the race.

With a strong easterly current combined with southerly winds predicted for day one of the race, the first 24 hours will see the fleet hit some major waves.

On Friday, the Bureau of Meteorology released a statement to assure skippers their team of experts will be working around the clock to ensure a safe race.

“Wetter-than-average conditions along the east coast of Australia may mean additional risks to yachts, including an increased risk of thunderstorms. Thunderstorms can bring lightning, strong and gusty winds, heavy rain, hail, low visibility and even waterspouts, all of which are dangerous on the water,” Woodhouse said.

“Returning crews bringing the yachts back up to Sydney also rely on our forecasts and marine weather warnings to get home safely.”