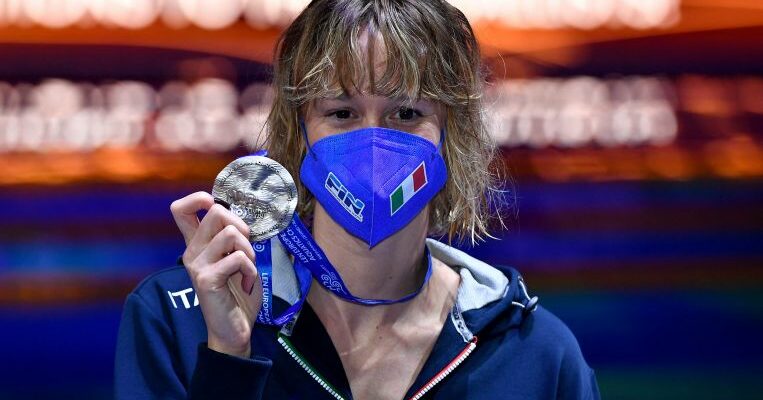 BUDAPEST (AFP) – Federica Pellegrini, the 2008 Olympic and a four-time world champion, claimed a 200m freestyle silver medal at the European Championships on Thursday (May 20), 11 years after her first continental success.

At 32, she has her sights set on a fifth Olympics in Tokyo in two months’ time.

On Thursday, however, it was 21-year-old Barbora Seemanova of the Czech Republic who denied her the chance to claim a fifth European gold in the distance.

“I’m really very happy. When I came here, my original plan was just to swim the relays but when I saw how good it was going, I decided to keep my entry in this event too,” said Pellegrini.

“I’m very happy with my time, it’s more than a second better than my qualifying time. It was a very exciting and beautiful race.”

First, he won silver behind Romania’s Robert-Andrei Glinta in the 100m backstroke and then claimed gold in the 200m medley, in the process dethroning defending champion Jeremy Desplanches of Switzerland.

Britain’s Adam Peaty, the 2016 Olympic champion in the 100m breaststroke and world record holder, led his team to a European record to win the mixed 100m medley relay.

“We haven’t been swimming this mixed relay for a while,” said Peaty. “It’s a new element in my schedule. I’m very happy where I’m at the moment as well as the whole of British swimming.”

Hungarian triple Olympic champion Katinka Hosszu had to settle for a silver in the women’s 200m butterfly behind compatriot Boglarka Kapas.

“I cannot be satisfied though it was a good race,” said 32-year-old Hosszu. “I don’t have the feeling that I gave everything.”