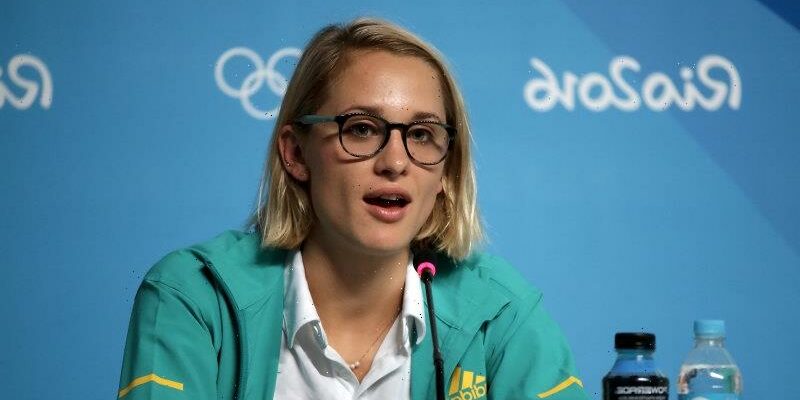 Swimming Australia chief executive Alex Baumann has pleaded with Maddie Groves to come forward with her complaints as the governing body prepares to set up an all-female independent panel to investigate the treatment of women and girls in the sport.

Groves was the talk of Australian swimming after she took to social media late on Thursday to savage unnamed administrators or coaches as “misogynistic perverts”. The Rio 200-metre butterfly silver medallist withdrew from the Olympic trials, which began on Saturday, partly in protest and won’t be considered for Tokyo. 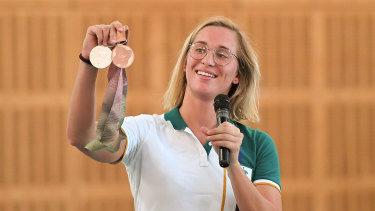 Maddie Groves displays her Olympic medals to students in 2019.Credit:Getty

“We have no record of any complaint,” Baumann said. “That’s why we tried to contact her on December 20th. That was done by Lydia Dowse, our head of integrity. Obviously with those tweets just recently I contacted her via email with a similar message, that we would investigate. We need the information, we need the evidence.

“We want to be proactive with the issues that have been raised in the past couple of days. We have an ethics and integrity committee on the board that will deal with some of these issues. But we are taking further steps.”

Stockwell said she did not believe the sport had endemic issues related to the treatment of women and girls, but said she took Groves’ complaints with the utmost seriousness and wanted to shine a spotlight on any problem staff or practices.

“It’s concerning,” Stockwell said. “When we have any accusations of misbehaviour or inappropriate behaviour we take that very seriously. In light of the fact we don’t have her coming forward, we need to look at our complaints processes as well to see if there is some reason why she’s not coming forward and get to the bottom of it.”

Swimming Australia does have a whistle-blower process for athletes, although it is unsure how many swimmers know of its existence or how to access it.

Sport Integrity Australia could look into the matter through its National Integrity Framework, which will eventually be utilised by all of Australia’s funded sporting bodies. But Baumann said they would work within their current Safe Sport Framework until they fell under the auspices of the SIA body.