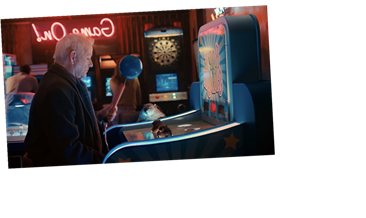 The commercial lineup for Super Bowl 55 is now, finally, all but set.

ViacomCBS confirmed to USA TODAY Sports on Wednesday that it has "virtually sold out" its national advertising inventory for this year's broadcast — despite an apparent decline in demand for the spots due to the COVID-19 pandemic.

Ad Age, which first reported the news Wednesday morning, noted that CBS could still make room for a few more spots, if it received attractive financial offers for the time.

The news of a virtual sellout comes just 11 days before the Kansas City Chiefs and Tampa Bay Buccaneers are set to kick off at Raymond James Stadium in Tampa, Florida. Fox, by comparison, had announced that it sold out its commercial inventory for last year's Super Bowl more than two months prior to the game, in late November 2019.

The late sellout is evidence of the challenges that CBS has faced in selling ad spots amid the strain of COVID-19.

RATE THE COMMERCIALS:Become an Ad Meter panelist, help pick the best commercial in this year's big game and be entered for a chance to win a trip to the big game in 2022. See official rules for details.

Several brands that have traditionally been Super Bowl advertising juggernauts — including Budweiser and Pepsi — announced in recent weeks that they are skipping this year's event. Budweiser said it will reallocate its media investment toward vaccine awareness efforts, while Pepsi said it is doubling down on its halftime show.

The parent companies of both brands, Anheuser-Busch and PepsiCo, are running ads for other products, however — including Bud Light and Mountain Dew.

According to analysis by research firm Kantar, the two companies were among the three largest spenders during last year's Super Bowl, spending $73 million on ads between them.

Hyundai and Olay are among the other Super Bowl regulars who will be absent this year, with first-timers like DoorDash, Mercari and Vroom stepping in to fill the void.

CBS has sought roughly $5.5 million for a 30-second spot during this year's game.

"There's no question that the demand for Super Bowl ads is down, compared to last year — and compared to recent years," said Tim Calkins, a clinical professor of marketing at Northwestern University's Kellogg School of Management.

"It's not the right time for some advertisers, given the state of the economy. So for example, the whole travel industry is not set up to be advertising on the Super Bowl. … Restaurants and hospitality, certainly, they’re not going to step up to advertise in the Super Bowl."

The pandemic has also led to job losses and budget cuts more broadly, across industries — making it difficult, in some instances, for even financially-secure brands to justify spending $5.5 million for a 30-second spot.

Coca-Cola, for instance, laid off roughly 17% of its global workforce — about 2,200 employees — last month. It is also declining to run a Super Bowl commercial after spending $10 million on such ads last year, according to Kantar.

While Super Bowl advertising is inherently risky, experts say the uncertainty of the past year has made this year's task particularly daunting for brands, most of whom begin the planning and production process for a Super Bowl spot several months in advance.

"I think it's a huge creative challenge this year," Calkins said. "I think (that's why) some advertisers have said 'given what's happened this year, it's just not the moment for us to step up and make a big, symbolic investment in Super Bowl advertising. Let's take a pass this year. Maybe we'll be back next year.'"