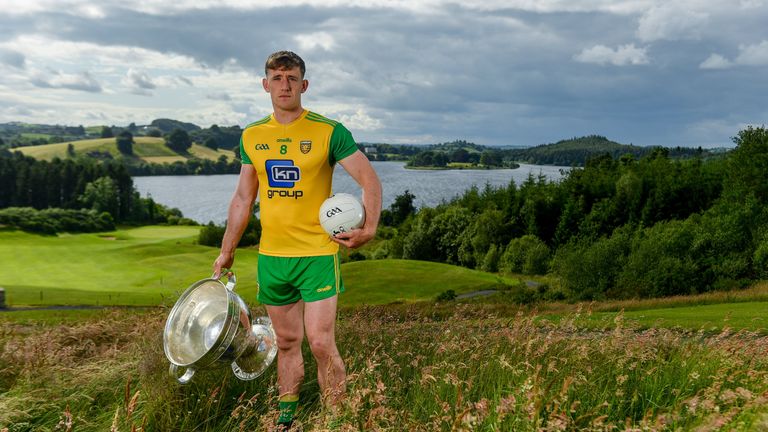 Donegal star Hugh McFadden says the Ulster champions are relishing starting at home against Meath in the Super 8s, a game which is live and exclusive on Sky Sports.

12 months ago, Tír Chonaill were handed a daunting assignment following their Ulster title – playing Dublin in Croke Park in their Super 8s opener.

However, this year it has been ensured that provincial champions begin their campaign at home, and Declan Bonner’s charges will welcome the Royals to Ballybofey on Sunday afternoon.

“It’s a different dynamic this year,” McFadden explained. “We knew coming out of Ulster last year that we had an away game to Dublin to start off the campaign, and that was always going to be a very difficult proposition.

“We just want to continue on the good momentum that we found in the Ulster campaign this year. We have the bonus of having our home game first, but that’s only a bonus if we win it.”

They will be hoping to continue their momentum after scooping their fifth Anglo Celt Cup triumph of the decade.

“There’s plenty of years when you go without lifting any silverware,” he said. “We’ve had the prestige of going up the steps twice so far.

“But there’s enough people on this team to recognise that there’s a lot of football to be played yet this summer before we get excited about anything. There’s been enough dark days in the Donegal jersey and we have lost enough big games to know we’re not going to get too carried away.”

Donegal are familiar with the Royals this season, having played them twice in the National League.

“We beat them by a point luckily up in Donegal that night, we robbed them,” McFadden recalled. “It was a very dirty evening and we got a fortuitous goal near the end. Then we had a tough battle against them, they led us after 15 or 20 minutes in the Division 2 National League final. 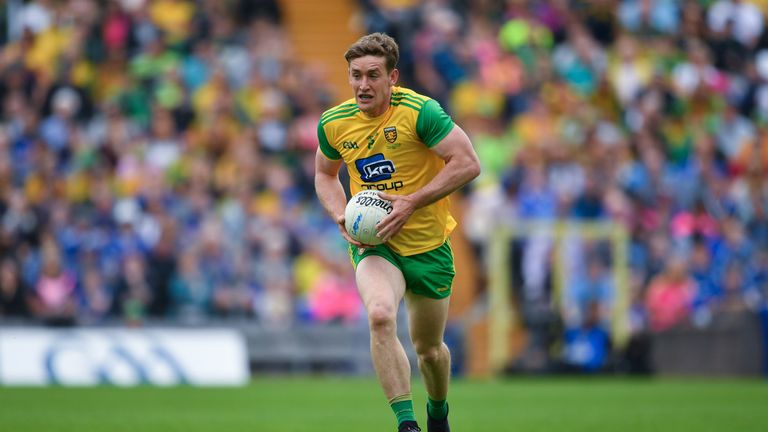 “So we know the qualities they have and we’re a wee bit familiar with them this year.”

The general consensus following last year’s exit at the quarter-final stage was that the loss of Paddy McBrearty was telling.

This season, they’re moving into the Super 8s with a clean bill of health.

“Last year everybody was moving into the All-Ireland quarter-final series in an unknown territory,” he added.

“No county knew exactly the challenges it was going to bring. This year, we have a wee bit of experience, with how things went last year. Paddy is back in action which is a major help to us.

“But we’re not getting too carried away, we know that we’re going to have to play to the best of our ability if we’re going to get out of the group.”