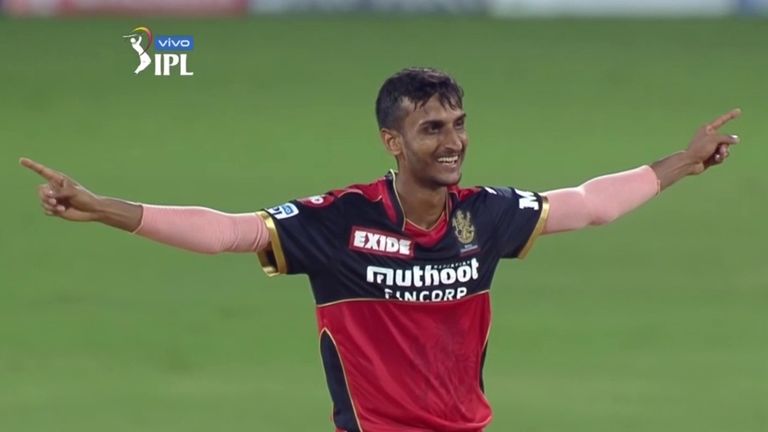 Royal Challengers Bangalore spinner Shahbaz Ahmed took three wickets in an over as Sunrisers Hyderabad crumbled from a dominant position to lose by six runs as captain David Warner tasted defeat in his 300th T20.

​​Warner crunched 54 from 37 balls as Sunrisers reached 96-1 in the 14th over of their chase of 150 for victory, and then his side were still well placed at 115-2 after 16 overs with Manish Pandey – with whom Warner added 83 for the second wicket – and England’s Jonny Bairstow at the crease.

However, Bairstow (12) and Pandey (38) then fell to successive balls from Shahbaz (3-7), who went on to dismiss Abdul Samad (0) later in the over to trigger a collapse of 7-27 as Sunrisers sunk to a second loss in a row to start the competition and RCB made it two wins from two.

Rashid Khan (17) hit a high full toss for four in Hasrhal Patel’s final over to reduce the requirement to eight from four balls, one of which was a free hit, but Patel (2-25) tightened up thereafter in an over in which Sunrisers lost two wickets, including Rashid to a run out.

Rashid (2-24) and Jason Holder (3-30) had earlier led a fine bowling display from Sunrisers as they limited RCB to 149-8, with Glenn Maxwell (59 off 41), who scored his first IPL fifty since 2016 and helped Bangalore plunder 39 from the final three overs, the pick of the batsmen. 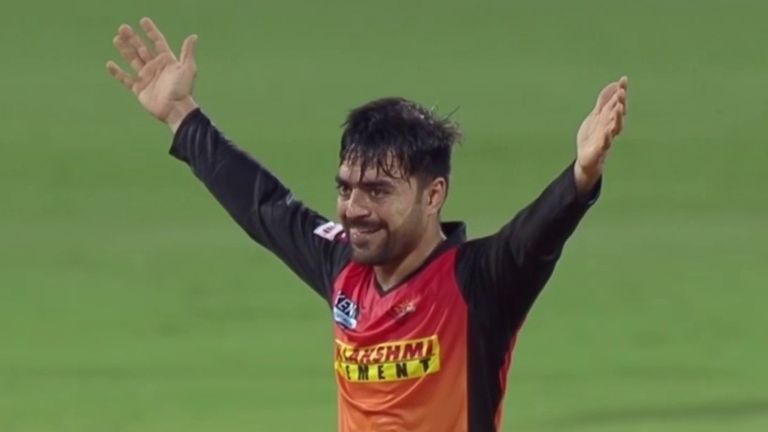 Rashid and Holder’s work with the ball was backed up with the bat by Warner as the Australian completed a record-extending 53rd fifty-plus score in the IPL – RCB captain Virat Kohli and Delhi Capitals opener Shikhar Dhawan are joint-second on the list with 44.

But Sunrisers then collapsed – much like Kolkata Knight Riders had done against Mumbai Indians a day earlier – to ruin Warner’s landmark day. 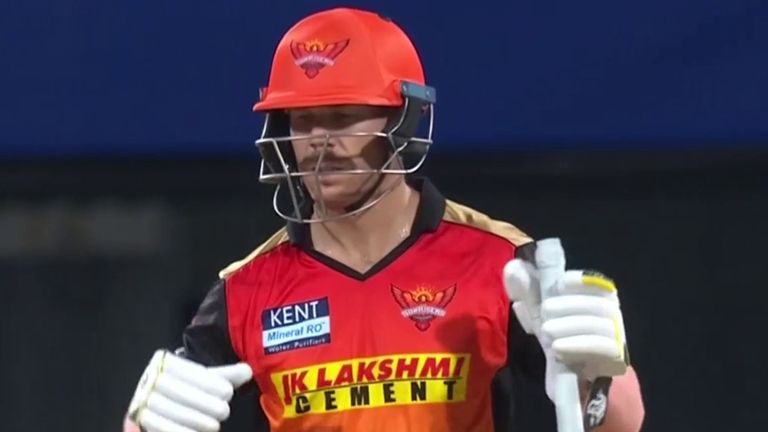 Warner’s opposition captain Kohli had fallen for 33 from 29 balls during RCB’s innings – out to Holder as Vijay Shankar marked the 100th T20 of his career with a cracking running catch at long leg.

Kohli’s dismissal came amid his side losing four wickets for 18 runs – including AB de Villiers for one – as they slumped from 91-2 to 109-6, all after the skipper and Maxwell had added impetus to the innings by taking Shahbaz Nadeem’s 11th over for a whopping 22 runs.

Maxwell, who reached his seventh IPL fifty from 38 balls and struck three sixes and five fours, bumped up RCB’s score late on with the help of Kyle Jamieson (12 off 9) before he was out to Holder from the final ball.

Wriddhiman Saha’s early dismissal for one in the chase – Maxwell with a sharp catch at backward point off Mohammed Siraj (2-25) – gave RCB another boost.

First Bairstow and then Pandey – are #SRH throwing this away? 🤔

Warner and Pandey severely dented that with their big second-wicket partnership but Warner’s exit, caught in the deep off Jamieson, gave RCB an opening and spinner Shahbaz then accounted for the middle order as Sunrisers wilted and fell to back-to-back defeats.