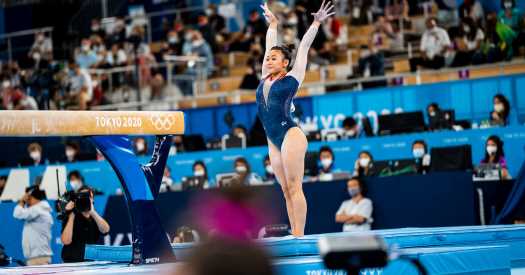 Soon after the Tokyo Games, Lee will move into the freshman dorms at Auburn University. 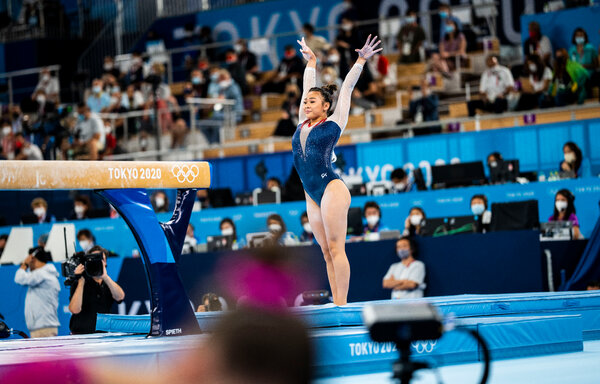 TOKYO — The thing Sunisa Lee is most looking forward to now that she is the Olympic all-around gymnastics champion is not her instant fame as one of Team U.S.A.’s biggest stars. It’s packing up her belongings less than a week after she arrives home in Minnesota from the Tokyo Games so she can head to college.

Lee, who on Thursday became the fifth straight American woman to win the Olympic all-around, must report to Auburn University by Aug. 11, she said, eight days after she is scheduled to compete in the Olympic balance beam final.

After years of long, grueling days at the gym, Lee, 18, can’t wait to be just another college freshman, meeting new friends, going to classes and living in a dorm with other students who may or may not recognize that she is a newly minted Olympic gold medalist. She will most likely be the only incoming student with her own day named after her: Gov. Tim Walz of Minnesota declared Friday “Sunisa Lee Day.”

“I do want to go to college and have fun and kind of get away from this elite atmosphere because it’s so crazy,” she said on Friday in a video call with reporters. “And I know that college is going to be way better.”

Lee will attend Auburn on a gymnastics scholarship, and her new coach will be familiar to her: He’s Jeff Graba, the twin brother of her current coach, Jess Graba. What appeals to Lee most about college gymnastics is its more relaxed atmosphere that celebrates team spirit, with squads throwing energized mini-pep rallies while each teammate competes. Also, college gymnastics is much easier than elite gymnastics because the skills needed for success aren’t as dangerous and difficult.

While it might seem that Lee’s career trajectory has been reversed, with her celebrity coming before college, it’s the way elite gymnasts often proceed because they usually are so young when they reach the pinnacle of their sport. Most other college athletes, however, dream of the professional ranks while they are students and use college athletics as a springboard to greatness.

Right now, college would give Lee’s battered body a much-needed break. She fractured her left ankle last year and it still hurts because it hasn’t healed completely.

Yet she doesn’t want to leave her current life completely behind. She is hoping to participate in at least some of Simone Biles’s Gold Over America Tour, which is a post-Olympic tour starring female gymnasts. Lee said she is trying to fit the tour in so she doesn’t miss too many classes.

Biles, the four-time Olympic gold medalist, on Friday said she would refrain from doing any twisting moves during performances on her tour because she was still struggling with a mental block that gymnasts call “the twisties,” which in part prompted her to withdraw from the team final and the individual all-around.

“Literally can not tell up from down,” Biles wrote in an Instagram story, explaining that the problem began the morning after Sunday’s team qualifying. “It’s the craziest feeling ever. Not having an inch of control over your body.”

She wrote that she “seriously cannot comprehend how to twist,” and noted that this disconnect between her mind and body is scary and has happened before, but only on the vault and floor exercise. This time, it has affected all of her events, which presents a huge problem because she has qualified for all of the event finals here in Tokyo.

The uneven bars and vault finals are on Sunday, the floor exercise on Monday and the balance beam on Tuesday. So Biles might be running out of time if she intends to compete. She said it usually takes her two weeks or more to bounce back to normal after the start of a problem like this and is training at a gym in Tokyo that has soft landings for her to ease back into her skills.

Lee is scheduled and ready to compete in event finals on her specialty, the uneven bars, and on the balance beam. She is feeling some pressure to win even more medals. Along with her all-around gold medal, she won a silver in the team final. And more medals, perhaps at the world championships in Japan, might be in her future as well.

She would like to compete at the world championships and isn’t counting out the 2024 Paris Games.

“We’ll have to see, though, because it just seems like a lot of time to continue gymnastics,” she said of the next Olympics, which are only three years away. “But, yeah, it’s definitely something that I’m thinking about.”

She would be 21, and still in college, during those Olympics in Paris.