While his former Australian teammates were toiling away in Perth, banned ex-national captain Steve Smith claimed a Twenty20 title with Sutherland at the SCG in front of just a few hundred fans on Sunday.

Smith helped Sutherland to the final of the Sydney Premier Cricket Twenty20 competition after making a clever and unbeaten 42 off 44 balls, with just two boundaries, in his side's semi-final chase of 113 against St George. 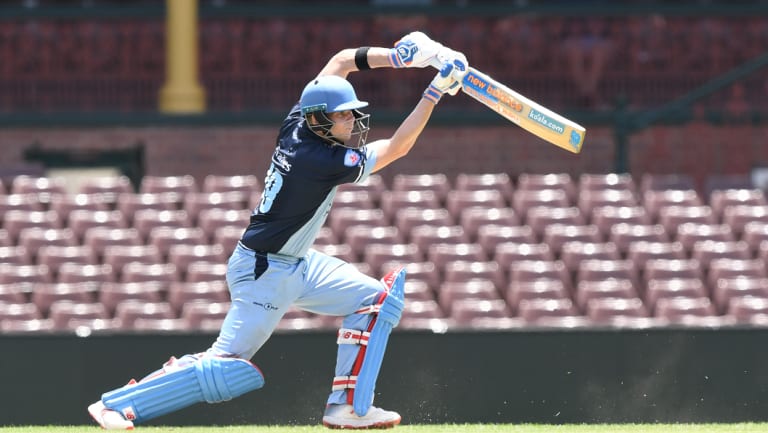 On the attack: Steve Smith in action for Sutherland at the SCG on Sunday.Credit:AAP

Hours later, in a final against Sydney University, Smith made 19 off 11 balls before being knocked over by crafty Students seamer Ben Joy.

Smith had done enough though as Sutherland chased down University's total of 122 in the 15th over for the loss of five wickets.

It was a strange sight to see Smith at the SCG – where he has played six Tests for Australia and made many other appearances for his country and state. It is likely to be the only time he will bat at his home ground during a one-year suspension from the game after the ball-tampering incident in South Africa.