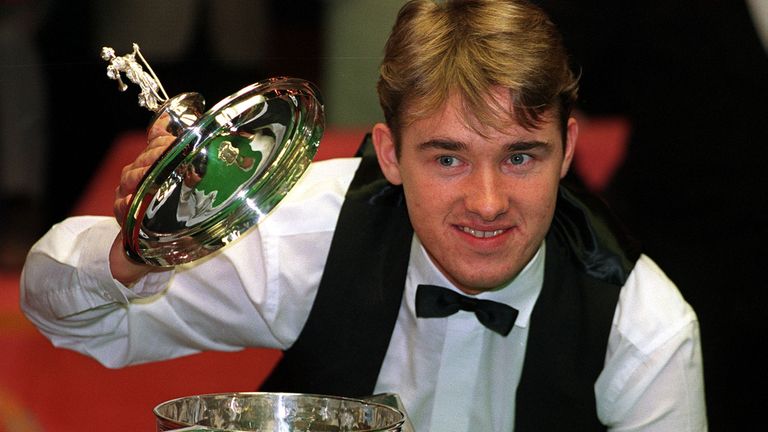 Seven-time world snooker champion Stephen Hendry has set his sights on a World Championship return but says he needs to improve after defeat on his comeback.

The 52-year-old made his comeback on Tuesday night against Matthew Selt after retiring in 2012, and rolled back the years with a century-break of 107 in the second frame of the night to level the match.

It was the 776th century of his career, but he went on to lose the next three frames as Selt claimed victory in the first round of the Gibraltar Open and despite defeat, Hendry was happy with his performance in his first match at the highest level for nine years

A return to the Crucible is next on the agenda, with the showpiece of the snooker season still scheduled for April, and the Scot will have to come through qualifying if he is to fulfil that ambition.

“I really felt the nerves when I put my suit on in the hotel room. That’s when it really hit me, which is a good sign because without nerves you can’t perform,” he said.

“But it needs to be more nerves of excitement and expectation rather than nerves of not knowing what’s going to happen. I was generally quite happy.

“My game isn’t good enough yet to qualify for the World Championship. I think there is work to be done. I’ve got about a month of practice to get it better.”

Hendry’s Twitter handle @SHendry775 is a recognition of the 775 centuries he had made before Tuesday but the Scot insists it does not need updating.

“I think I’ll only change it when I get to 800. Qualifying for the Crucible is the goal, and making 800 centuries is another goal,” he said.

Hendry turned professional as a 16-year-old and won his first world title in 1990.