The ACT were unable to send a girls team to nationals in Perth this year and their governing body "assumed" they wouldn't make the Sydney edition next year either. 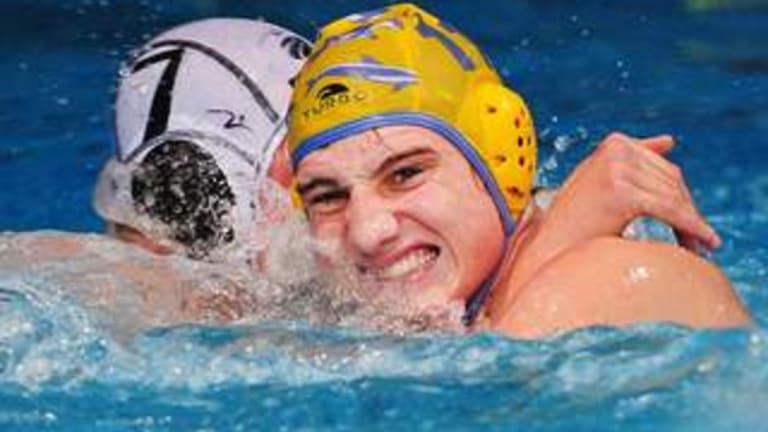 Water polo schools nationals has been cancelled after 42 years of competition. Credit:Katherine Griffiths

As a result the tournament has been cancelled after 42 years of competition as School Sports Australia require four competing states to hold nationals.

Water Polo ACT was asked if they'd be sending a schools team to nationals next year and without consulting clubs or players they said it would be unlikely.

Compounding the issue is the fact Water Polo Australia have cancelled their club-based nationals, leaving a gaping hole in high-level competition for the next generation of players.

NSW, Queensland, Western Australia and the ACT are now without a national competition and territory coach Fox, who coached Australia at two Olympics, says the affects could be felt as soon as the 2020 Tokyo Games.

"The states are pointing the finger at us and blaming us for the cancellation of championships which on face value is probably correct because our sport association couldn't guarantee we’d have teams there next year," Fox said.

"Cost was an issue being in Perth and there being a number of national champs and state champs this year. We had 16s nationals and schools in Perth. We also committed ACT teams to Pan Pacs in New Zealand so three big trips in one year and at one stage parents have to make decision.

"This year was an anomaly but unfortunately at the meeting they had to decide on championships for next year, for some reason they deemed ACT was probably not going to send teams next year based on this year which was completely false and wrong."

Parents signed a petition saying they'd send their children to the next nationals but the protest fell on deaf ears.

"We canvassed all ACT kids training in all our programs our clubs and said the championships are in Sydney next year, please indicate whether or not your child would attend," Fox said.

"We got back responses and we’d have squads of 20-25 kids between boys and girls. We took that back to ACT School Sport and they said the decision had been made and they can't do anything with it.

"This will absolutely hurt us at the Olympic level. Look at the current national teams and half those kids came through school system."