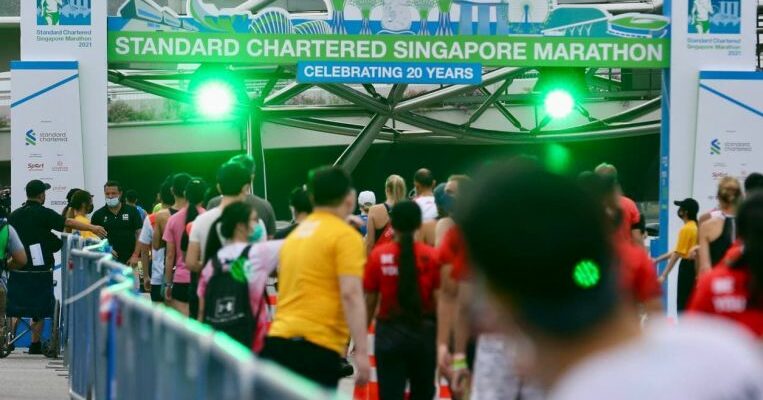 They were the first among 4,000 participants in this year’s SCSM, who will be spread out across four sessions at The Float @ Marina Bay over the weekend.

This year’s SCSM is the largest in-person running event held in the Republic since the pandemic began, and runners had to follow new safe management measures.

For example, they were flagged off in waves of 50 runners, with three moving off every 10 seconds, guided by marshals.

Participants, who were all also required to take a self-administered antigen rapid test (ART) before the event, had to wear their masks while waiting to be flagged off, removing them only after they began their run.

Shortly after crossing the finish line, marshals would remind runners to put their masks back on after catching their breaths.

Unlike previous editions and most other running events before the pandemic, there was also no bag drop. All these helped ensure that there was no crowding after participants completed their runs.

Noriyuki Inami, who was the first runner to cross the finish line, said he had run the 42.195km marathon events at the SCSM in 2018 and 2019, and was just happy to be back to in-person running.

“After no events for almost two years, I’m thankful to get this opportunity again,” said the 40-year-old Japanese engineer, who has been based in Singapore for three years.

“The course was nice, and the organisation of the event is very good.”

Another participant, Azwan Ayob, was so keen to return to in-person running, that he registered for the ekiden as well as the 5km. He had participated in various categories at the Kuala Lumpur editions of the Standard Chartered Marathon in previous years.

The 43-year-old Malaysian, who moved to Singapore in November last year as his wife works here, said: “I was just really excited to run again… I feel tired now , yes, but after so long, it’s really enjoyable to be out again and experiencing this race.”

Nirmala Arumugam, 50, ran with her mates in the Thaaru Maaru running group, only started serious running about a year ago and clocked her best time in her 5km ekiden leg.

“I started because I wanted to just be more active, and I needed the motivation,” said Nirmala, 50. “And I have made tremendous progress because of this group… It feels good to run in an event like this.”

The eldest New is the oldest participant in the ekiden race while Pang is the youngest. 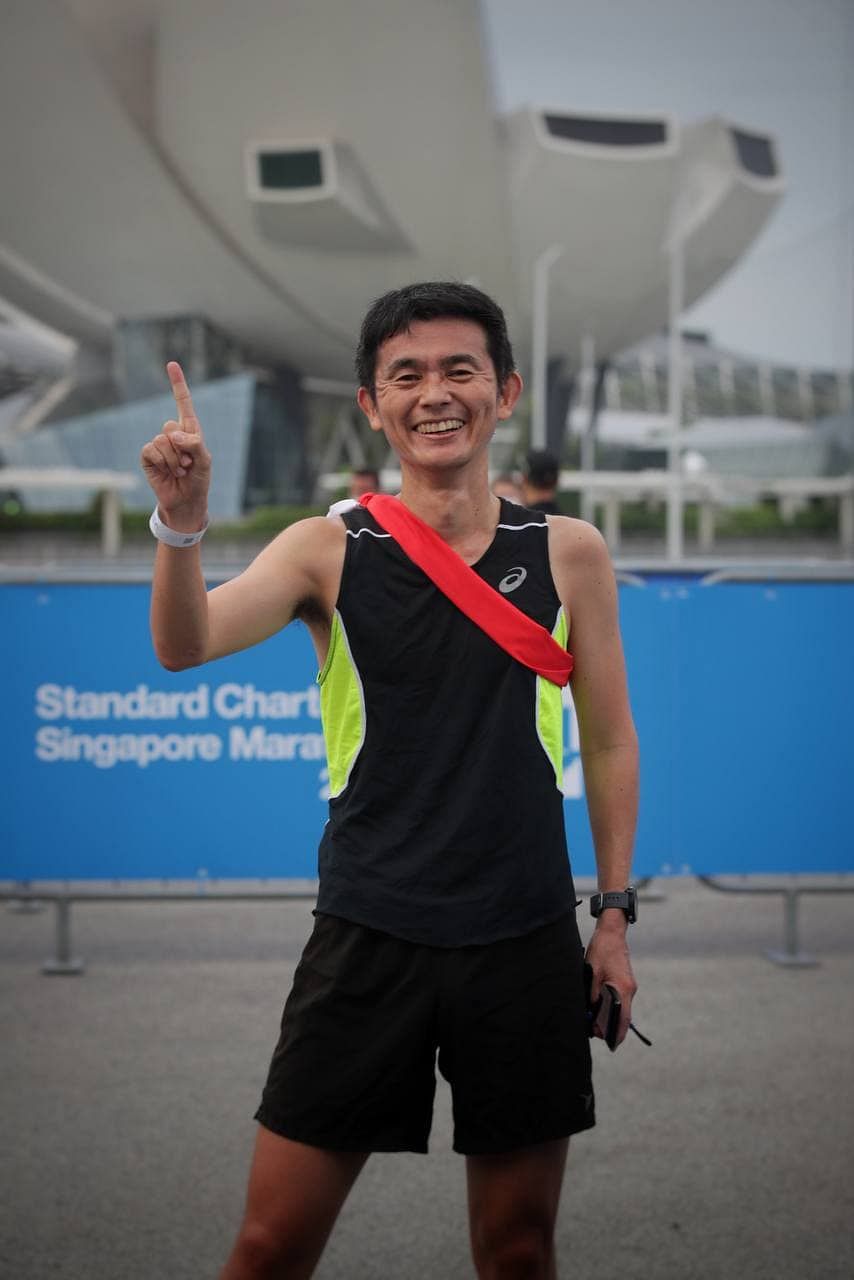 Said Say Ping: “My father is the one who wanted us to run as a family unit, and he’s been excited for two weeks.

“This event feels different from all the others (before), and the way they flagged off felt a bit slow, but these are measures that needed to be taken and I think they worked out OK.”

The SCSM typically attracts up to 50,000 runners annually, but adopted a virtual format last year owing to the Covid-19 pandemic.

This year’s event will take on a hybrid format, with a Virtual Race (VR) Grand Finale that will take place from Dec 1 to 12, complementing this weekend’s in-person Grand Finale. The virtual events offered are 5km, 10km, Half Marathon, Kids 1.5km and Kids 3km.