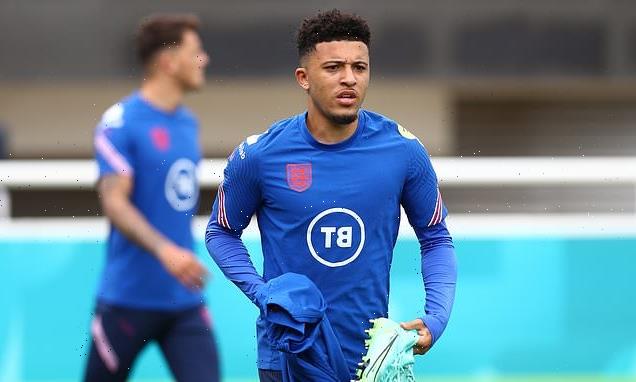 Jadon Sancho ‘is in the mix’ to feature for England against Czech Republic, says Gareth Southgate following criticism for not using the Borussia Dortmund star so far at Euro 2020

Gareth Southgate has said Jadon Sancho is ‘in the mix’ to feature in England’s final group game against the Czech Republic.

The Borussia Dortmund star who scored 16 goals and provided 20 assists this season, has not played a single minute for his country so far at the European Championships.

Southgate faced some criticism for not bringing Sancho off the bench when the Three Lions were searching for a winner against Scotland. 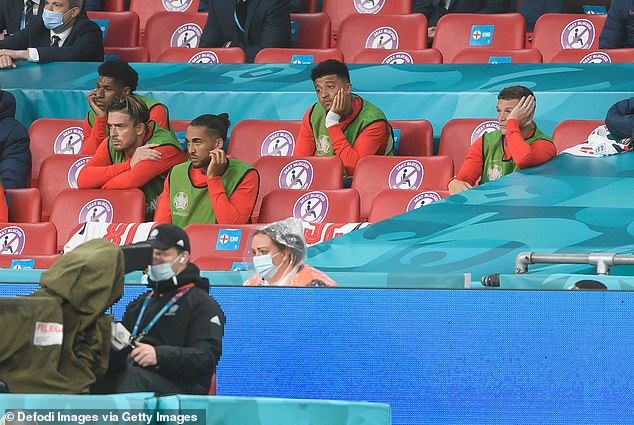 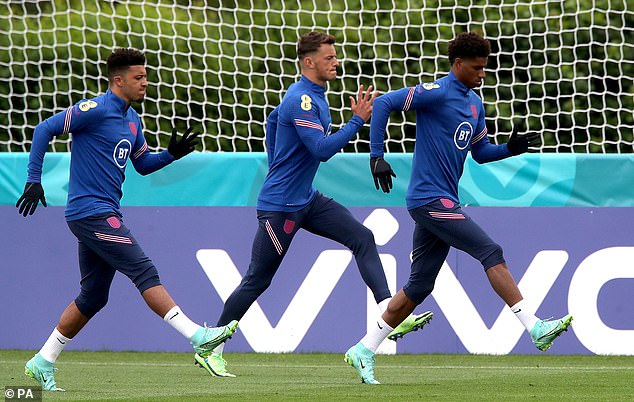 The England manager though has said the 21-year-old could be in line to play on Tuesday.

He told reporters: ‘We’ve got some explosive options and a lot of them are young players and experiencing a big tournament for the first time. So as a coaching staff we are realistic about our expectations of them as individuals.

‘Jadon is in that mix. He’s trained well the last few days and of course we have got those options and those decisions to make.’

He has 18 caps to date for England, but did not even make the bench in their opener against Croatia, and was not brought on during the goalless draw on Friday.

Since the game against Scotland, the likes of Ian Wright, Rio Ferdinand, Wayne Rooney and Micah Richards have all called on Southgate to include Sancho. 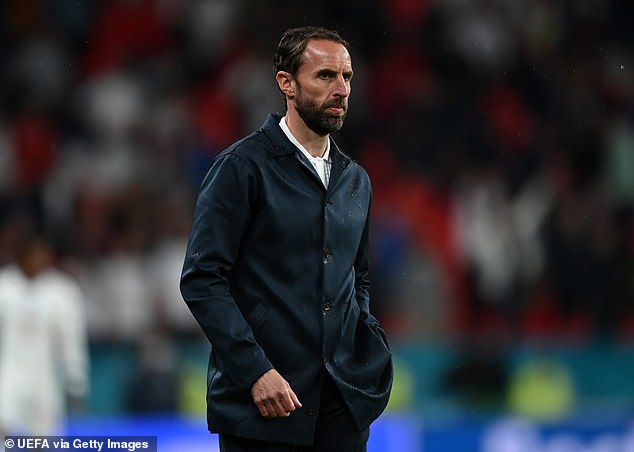 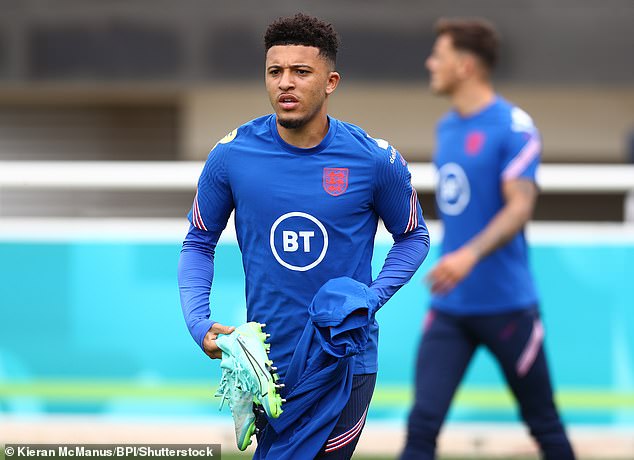 Southgate meanwhile has also expressed his frustration over having to prepare for the tournament without Raheem Sterling, Phil Foden, Mason Mount and Marcus Rashford – all of who arrived late due to their respective club’s European commitments.

The England manager said: ‘I think a lot of those players we didn’t have for the friendlies, so the chemistry is something we didn’t have a lot of opportunity to work on.

‘We’ve got to just keep working on that. We know there are some very good players in there, we know they can perform better than they did (against Scotland) and we’ve got to help them to find that level.

‘The important thing is that everyone gets behind the team and the players and they’re going to need to feel that support and to feel that warmth. This is a relatively inexperienced group, I think the third least caps in the tournament. Against Scotland, it was a young team so that’s a different experience for a lot of them than they’ve ever faced before.

‘They’ve just about survived it. We want to be better and that’s what we’re going to work through in the next few days before we play the Czech Republic.’ 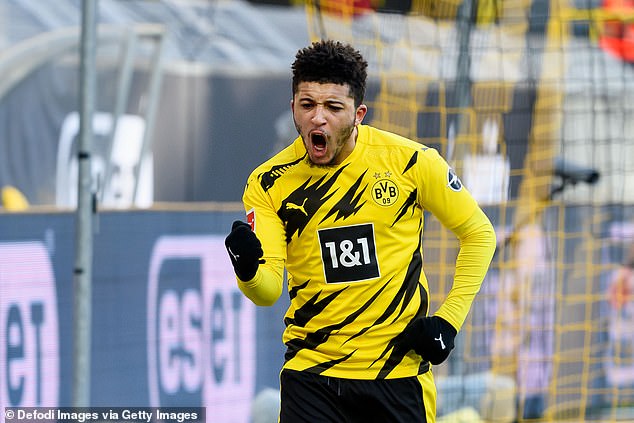