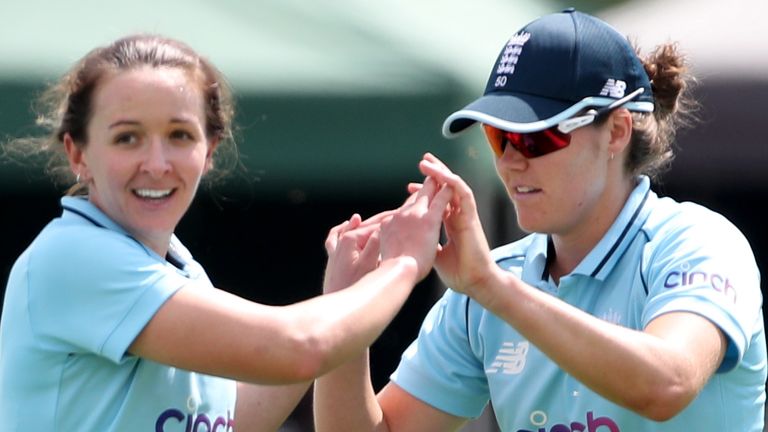 Sophia Dunkley struck a maiden ODI fifty to see England to a five-wicket win over India in the second one-day international in Taunton.

Chasing 222 to win, England were in trouble at 92-4 when Dunkley came to the crease for her first ODI innings, in just her second game.

That situation got worse when Amy Jones fell for 28 as the home side slipped to 133-5, but Dunkley (73no) found a willing partner in Katherine Brunt (33no) and the pair put on an unbroken 92 together to see England to victory with 15 balls to spare.

Dunkley, just 22 years old, also struck an unbeaten half century (74no) when making her Test debut earlier this month. 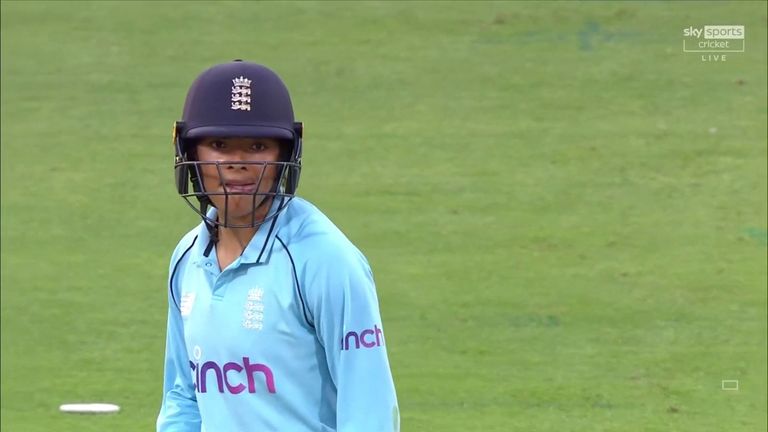 Earlier, after England won the toss and elected to field first, Kate Cross (5-34) claimed a five-for as India were bowled out for 221. Sophie Ecclestone also impressed, the left-arm spinner taking 3-33 from her 10 overs.

Shafali Verma (44) and Smriti Mandhana (22) had got India off to a strong start with a fifty opening partnership before Cross bowled the later, chopping onto her stumps, in the 12th over.

Cross added Jemimah Rodrigues (8) cheaply, while Ecclestone then saw the back of talented youngster Verma, stumped, courtesy of some quick reactions from Jones behind the stumps. 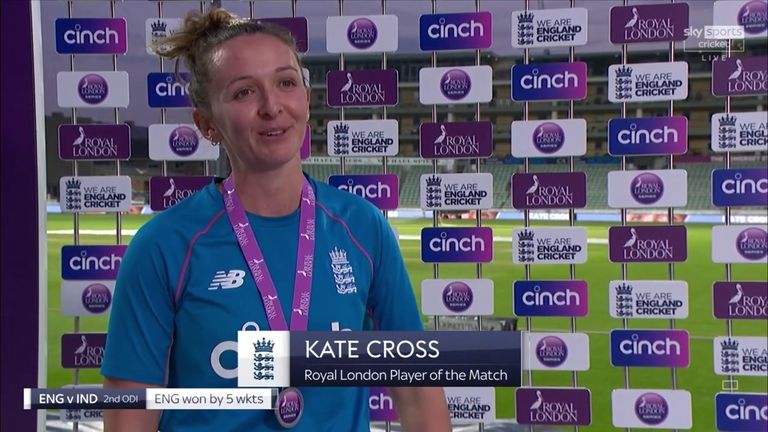 Mithali Raj (59 off 92 balls) rebuilt the Indian innings, but cautiously, with Harmanpreet Kaur (19) but there was to be another collapse when Kaur top-edged a return catch to Cross.

Six wickets fell for 47 runs and India were suddenly 192-9 in the 47th over when Raj was run out, before final-wicket pair Jhulan Goswami (19no) and Poonam Yadav (10) had a bit of fun in the final few overs to at least lift India up above 200.

In reply, England lost star batter Tammy Beaumont (10) and skipper Heather Knight (10) cheaply. Lauren Winfield-Hill (42 off 57) fired briefly, but then when she and Nat Sciver (19) departed in quick succession, it looked like the hosts were up against it.

But in came Dunkley, who produced a calm, assured knock that belied her tender age and experience. She and Brunt soon built a promising stand and ultimately steered England to a rather comfortable victory.

Watch the third one-day international between England and India, live on Sky Sports Cricket from 10.30am on Saturday.