EDINSON CAVANI has been credited with getting Mason Greenwood back on track.

The teenager has suffered a dip in form this season scoring just once in 16 appearances before hitting the target in Manchester United's 3-2 FA Cup fourth round victory over Liverpool on Sunday. 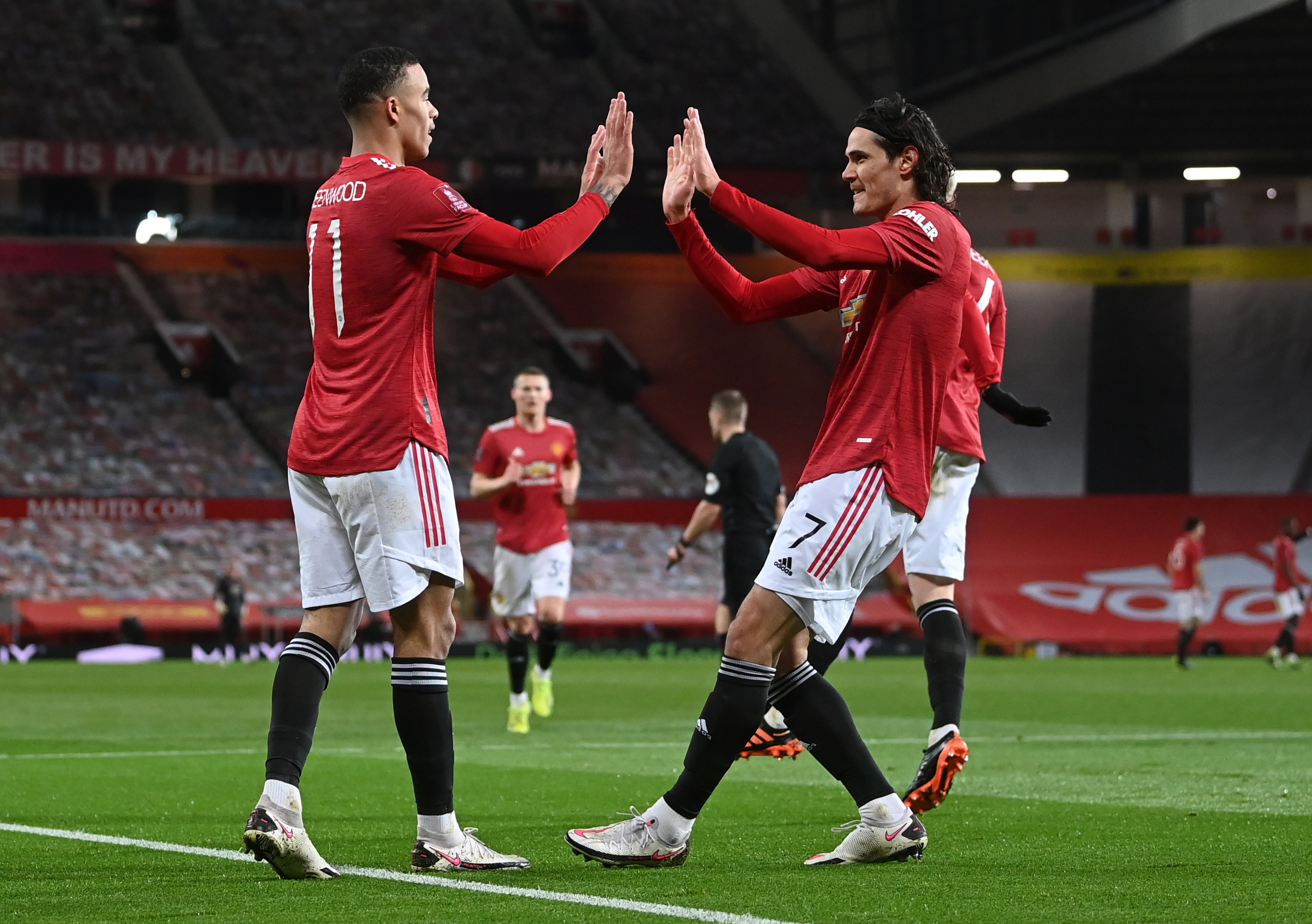 His finish was superb as he chested down a crossfield ball from Marcus Rashford before firing into the far bottom corner.

It was notable Cavani went straight to him to have a word.

Now Ole Gunnar Solskjaer believes his time spent on the training ground with the veteran striking legend will start to pay further dividends.

Solskjaer said: “We think Mason is going be very important in second half of the season but it's not just going happen by itself.

“He scored against West Ham a while back as well and was expected to kick on.

“He's taken steps, he's grown, he's more mature and he's been training with Edinson Cavani for half a season.

“He’s learning good habits, and whoever doesn't learn from players like him, or Bruno Fernandes or the players we’ve brought in, that's a pity.

“I'm very confident that Mason will chip in good performances and with goals and assists.”

Cavani, 33, was put up as an example of United’s supposedly suspect recruitment when he arrived as a free agent in October having not played a club game since the previous March.

He has struck five goals in 18 appearances but it is what he gives in terms of his work rate and experience that stands out for Solskjaer.

He said: “What he brings is when a striker of that age runs almost 12 km, when he chases down every time the centre-back has got the ball, every time the goalkeeper has the ball, tackles on centre midfielders.

“He made a mistake for the second Liverpool goal but he’s the one that’s closest to winning it back inside our own 18-yard box.

“His reaction, his work rate and his habits and his threat in the box and the  humility of coming in every single day to do your best.

“We could go on and on and on but his experience and attitude of course. It’s given us a lesson, every single one of us.”

Cavani is set to start again at home to Sheffield United.

Marcus Rashford is fit for the game having gone off with a knee problem towards the end of Sunday’s FA Cup victory over Liverpool.