Ole Gunnar Solskjaer arrives back in Manchester after United paid £1.8m for him to replace Jose Mourinho as interim boss… and he is expected to have a say in January transfers

Ole Gunnar Solskjaer flew into England on Wednesday night to take charge of Manchester United and heal the rifts and rancour of the Jose Mourinho era.

Old Trafford legend Solskjaer arrived on a private jet from Norway and headed straight for The Lowry Hotel – where Mourinho stayed for the duration of his time at United – to meet executive vice-chairman Ed Woodward after being installed as caretaker boss until the end of the season.

Earlier, Woodward welcomed the appointment of Solskjaer and his assistant Mike Phelan by expressing hope that they could ‘unite’ the club following Mourinho’s tempestuous reign. 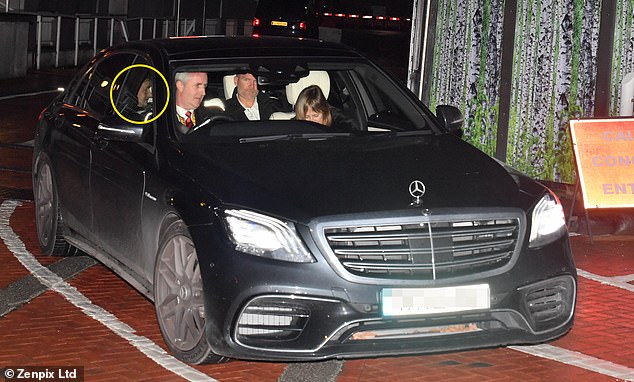 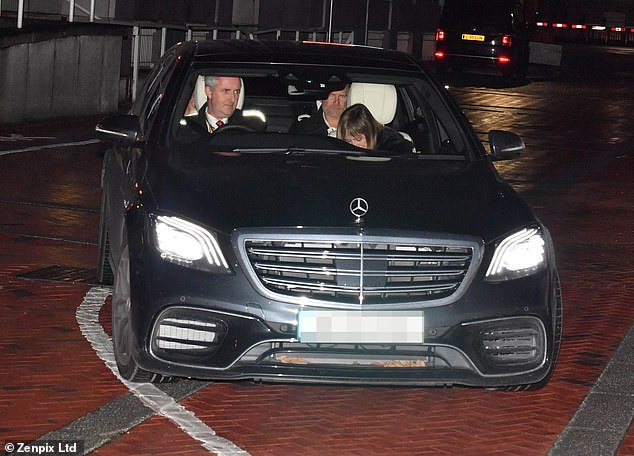 ‘Ole is a club legend with huge experience, both on the pitch and in coaching roles,’ said Woodward.

‘His history at Manchester United means he lives and breathes the culture here, and everyone at the club is delighted to have him and Mike Phelan back.

‘We are confident they will unite the players and the fans as we head into the second half of the season.’

The 45-year-old Norwegian, who has been loaned to United until May by his club Molde FK, is also understood to have met with assistant coaches Michael Carrick and Kieran McKenna at The Lowry.

Solskjaer will oversee training for the first time on Thursday ahead of his first game in charge away to his old club Cardiff City on Saturday. 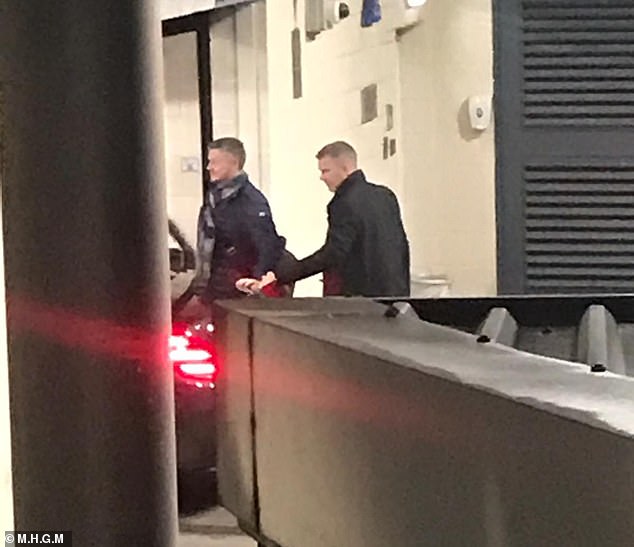 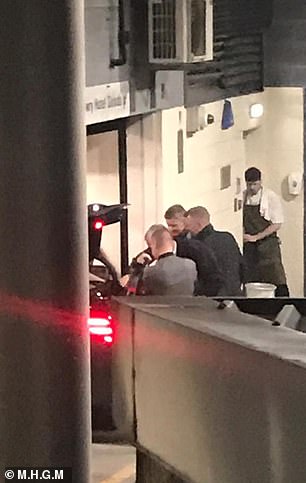 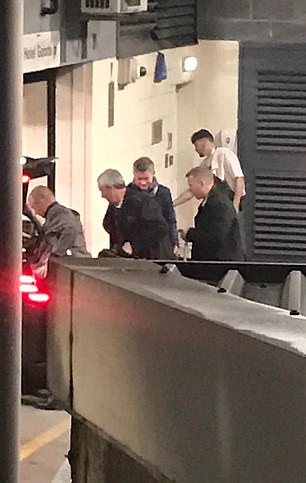 ‘Manchester United is in my heart and it’s brilliant to be coming back in this role,’ said Solskjaer, who arrived on a Learjet 45 sent to collect him from Kristiansand after first picking up his agent Jim Solbakken in Stavanger.

‘I’m really looking forward to working with the very talented squad we have, the staff and everyone at the club,’ said the former striker.

Solskjaer only signed a new three-year deal at Molde earlier this month worth £400,000-a-year, but the club knew they could not stand in his way of managing United where he had a hugely successful 11-year career.

It’s understood that United are paying a £1.8million loan fee and have agreed a compensation figure of £8m if the move becomes permanent.

Even though Solskjaer has not been ruled out contention for the job in the long-term, however, United’s No.1 target next summer remains Tottenham boss Mauricio Pochettino.

Molde’s managing director Oystein Neerland revealed that Woodward first made an approach on Tuesday morning after sacking Mourinho in a face-to-face meeting at Carrington. 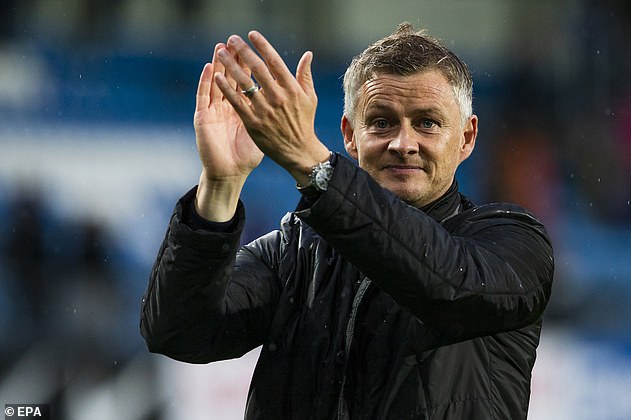 ‘It has come abruptly to all of us, including Ole,’ said Neerland.

‘We as a club have mixed feelings about this. We have a good project but we cannot stand in the way of such an opportunity. It is quite special that such a big club wants our coach.

‘We wanted to have Ole Gunnar here and we will get it from May. But when Manchester United calls and wants to borrow our manager, we try to solve it.

‘We have no clause but we have an understanding if such things appear. We think we have solved this in a good way.

‘We don’t want to comment on the size of compensation, but we think it’s fair compensation.’

Before taking coaching for a second day with McKenna, Carrick held a 9am meeting for 20 of United’s first-team staff at Carrington.

It included Richard Hawkins, the head of human performance, who was largely sidelined by Mourinho but will now return to the fold. 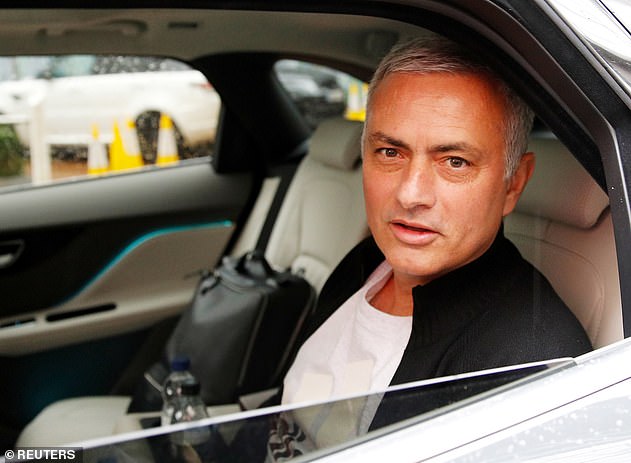 Carrick spoke about Solskjaer coming in and the importance it would have in lifting the mood around the club and putting a smile back on the players’ faces. 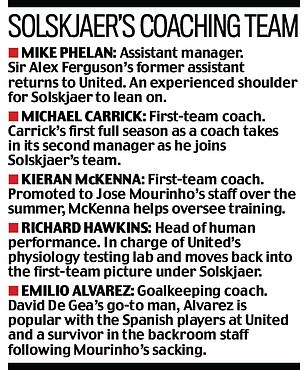 The United hierarchy have resigned themselves to the fact that it may be another barren season at Old Trafford, but hope that Solskjaer will restore some of the structure at the club. He is expected to have a say in any January transfer deals.

The players, many of whom were said to have discussed the prospect of Pochettino being the new manager next season, left the training ground at 2pm.

Although Solskjaer has yet to meet the squad, the mood in camp has already improved since Mourinho was axed on Tuesday after overseeing United’s worst start to the season in 28 years.

The 55-year-old Portuguese coach insisted on Wednesday that he will move on and find another job in football following his dismissal.

‘Even with the supporters, any of my feelings. It’s over. That’s the way I’ve always been.

‘I’ve been critical of managers that speak about what’s happened and who is to blame. That’s not me. I just want to finish like it happened yesterday and I’d like to say it’s game over. 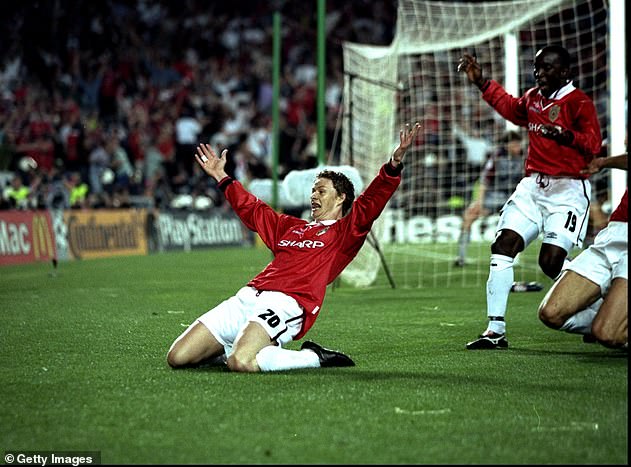 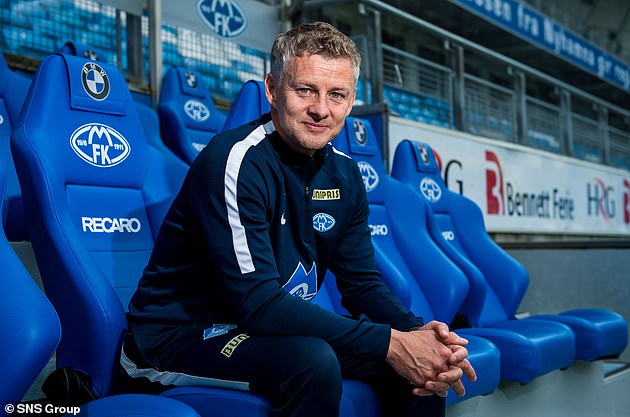 ‘Until I get back to football I think I have my right to live my life like I do now. That’s what I want to do. Manchester United is past.’

Mourinho was equally diplomatic in an official statement released on Wednesday.

It read: ‘I have been immensely proud to wear the badge of Manchester United since the first day I arrived, and I believe all United supporters recognise this.

‘Just as was the case with my previous clubs, I have worked with some wonderful people and I believe that some will be my friends for life.

‘I know that you are all aware of my professional principles. Each time a chapter is closed I show my deepest respect and I don’t make any comments about my former colleagues.’

THE VIEW FROM NORWAY

If Lonely Planet had published a guide for Norwegians with a list of words that would help us connect to people all over the world, it would have started like this:

Late on Tuesday night the Norwegian prime minister, Erna Solberg, posted a tweet wishing Ole Gunnar Solskjaer good luck in his new position as temporary manager of Manchester United. She deleted it immediately. The news was not yet confirmed. So huge were the expectations for this news that even our top leader managed to be patient.

The fact is, Norwegians are not spoiled for great international sport celebrities. Norway’s leading athletes are excelling in sports like cross country skiing, biathlon, athletics, handball and chess.

We are proud of all of them, but none of them are close to having the same global reach as Solskjaer. The 45-year-old has unofficially been the most well-known Norwegian since he won the Champions League final for Manchester United and helped them secure The Treble. Now it is official.

Our excellent Secretary General of NATO, Jens Stoltenberg probably has a more important job. but compared to Solskjaer he will be looking forward to a quiet six months. Solskjaer will be world news every day — and we love it.

When United played against Valerenga in Norway’s national arena in a friendly last summer, it was in front of a sellout 25,000 crowd. When the Norwegian national team met Bulgaria for an important Nations League match in the same arena earlier this autumn only 9,500 turned up.

The hiring of the new temporary manager could not be greater news here in Norway. The only problem is — it is not a permanent deal.