She is the most successful female sprinter of her generation, an athletics icon who has enjoyed a record-breaking career of multiple distinct epochs, each as successful as the last – and ahead of Tokyo 2020, Shelly-Ann Fraser-Pryce is only getting faster.

Fraser-Pryce will arrive at her fourth Olympic Games at the age of 34 in better form than ever before, now the second-fastest woman in history and the favourite to take a third gold medal in the blue riband sprinting event she has dominated over the last decade and a half.

Shorter in stature than most sprinters, Fraser-Pryce is a particularly explosive starter and the fastest living female on the planet, having fought back to the top of the sport after having become a mother in 2017.

She set a new personal best of 10.63 seconds in Kingston in June, just 14 tenths of a second slower than Florence Griffith-Joyner’s world record, which was set in 1988. Griffith-Joyner, commonly known as Flo-Jo, died in 1998.

“I wasn’t coming out here to run that fast,” Fraser-Pryce confessed to reporters after her Jamaican record run. “There was no pressure as I just wanted to get one more race in before the national trials.

“This year I just wanted to break the 10.7 barrier so now I can focus on making the team for the Olympics.”

Fraser-Pryce duly qualified for the Olympics by taking victory in both the 100 and 200 metres at the Jamaican trials later in June, also setting a new personal best over the longer distance, an event in which she will also be in contention for a medal in Tokyo.

One of the most decorated athletes in history, Fraser-Pryce is a noted performer on the biggest stage, raising her game at major competitions. Her extensive medal collection includes a remarkable nine World Championship gold medals and two Olympic 100m titles, having burst on to the scene in Beijing in 2008 when she became the first ever female 100m champion from the Caribbean, leading home an all-Jamaican podium.

Fraser-Pryce became a mother to son Zyon in 2017, going into labour while watching the 100m final at that year’s World Championships, but returned to competition and claimed a remarkable fourth 100m world title two years later in Doha – in the process, she became the oldest winner of the event in history.

The Jamaican has signposted her retirement for next year’s World Athletics Championships in Oregon in the United States, but will have her mind set on at least another Olympic gold before she bows out. 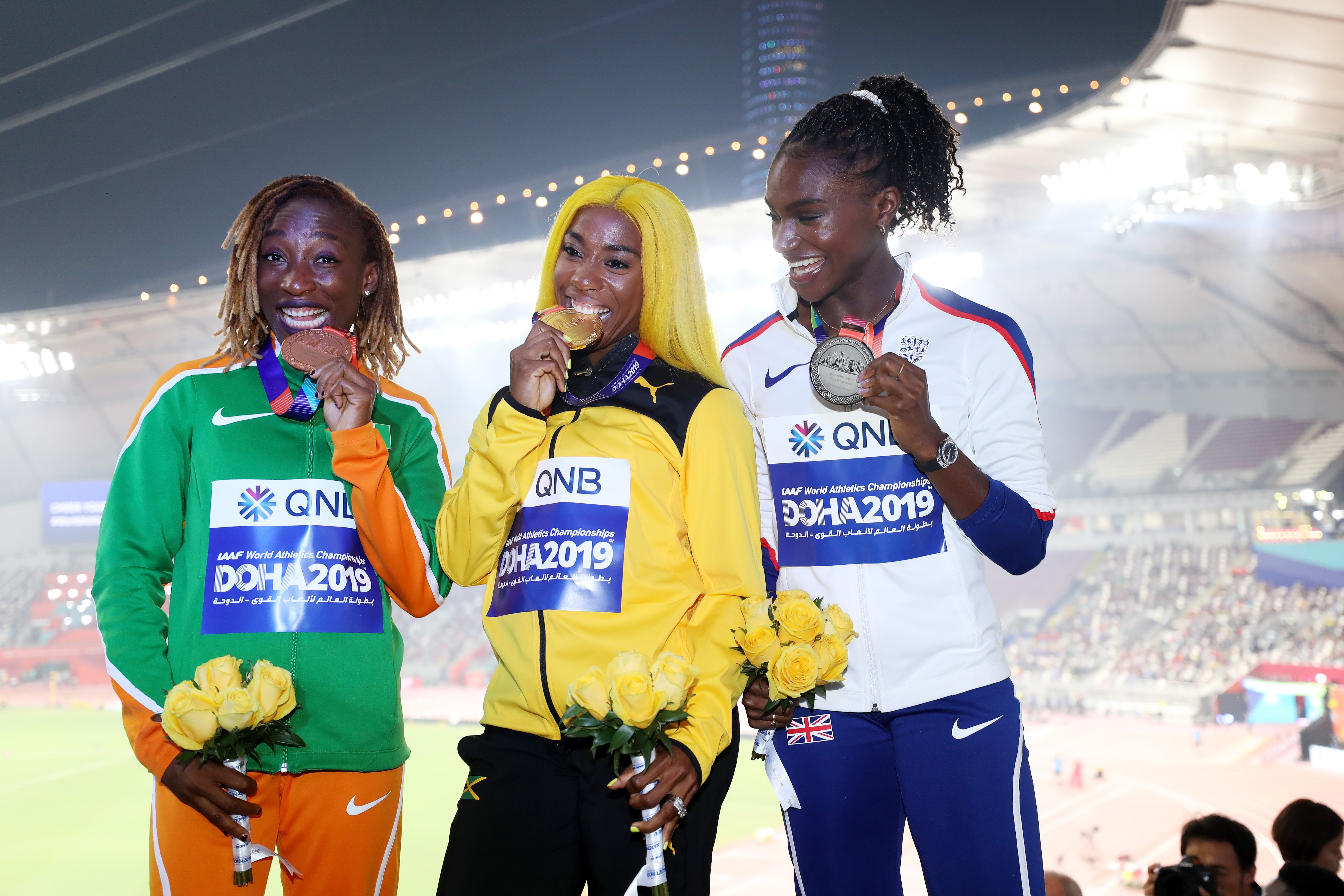 The suspension of Sha’Carri Richardson after the American a positive test for marijuana thins the sprinting field slightly, but it remains an incredibly competitive event, particularly given the fine margins of elite-level sprinting.

Fraser-Pryce’s duel with British hope Dina Asher-Smith could be one of the stories of the Olympics, with Asher-Smith, who finished second behind the Jamaican at the last World Championships, a contender to challenge in the 100 and, particularly, the 200 metres, in which she took gold in Doha two years ago.

With Shericka Jackson and Elaine Thompson-Herah, both also of Jamaica, each recording times below 10.80 seconds over the shorter distance this year, competition will be fierce come the women’s 100m final at the Japan National Stadium in the evening of 31 July.

The 200m final, in which America’s Gabrielle Thomas has emerged as another leading contender, is scheduled for 3 August.