Shaun Marsh will almost certainly live to fight another day in Australia's Test side after an assured – if not match-winning – knock against India at Adelaide Oval.

Chasing an imposing target of 323, Australia's hopes of pulling off an unlikely day-five victory faded when Marsh's 166-ball stand ended on 60 before lunch on Monday. 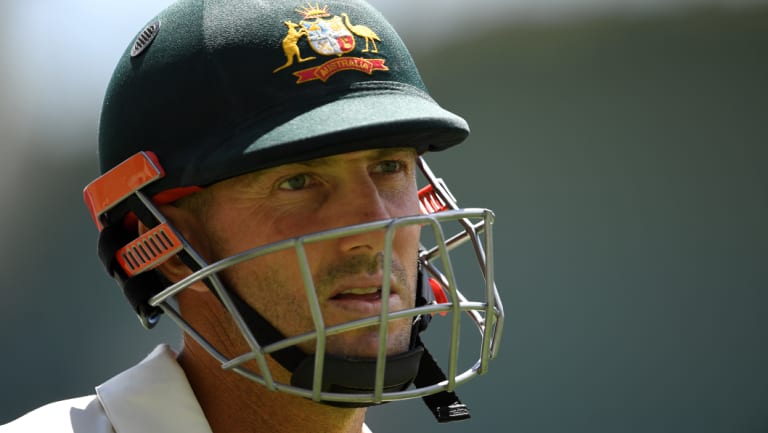 Shaun Marsh looks set to hold his spot for the second Test.Credit:AAP

Desperately in search of form at Test level, 35-year-old Marsh resumed on 31 and continued to bat with confidence, dispatching a short delivery from Ravichandran Ashwin through the leg side for four to reach his half century.

But the left-hander was eventually beaten by Jasprit Bumrah, feathering an edge to a supreme delivery that forced him back into his crease.

Marsh spoke briefly with captain Tim Paine at the non-striker's end but accepted his fate and walked off to warm applause from the Adelaide Oval crowd.

A perennial whipping boy whose many detractors grew even louder when he threw his wicket away in the first innings, Marsh now appears highly likely to retain his spot at No.4 for the second Test in his home town of Perth.

No batsman at Sheffield Shield level has made an irresistible case for selection, while younger brother Mitch is the only other option in the squad for the first two Tests.

Marsh averages almost 60 when he passes 10 but a remarkable 26 of his 61 Test dismissals – including eight this year – have been in single figures.

"He's a nervous starter … we're working on ways for him to get better at that," coach Justin Langer told ABC Grandstand before play on Monday.

"Throughout his career, when he gets going, there's no better player in the world and his numbers back that up." 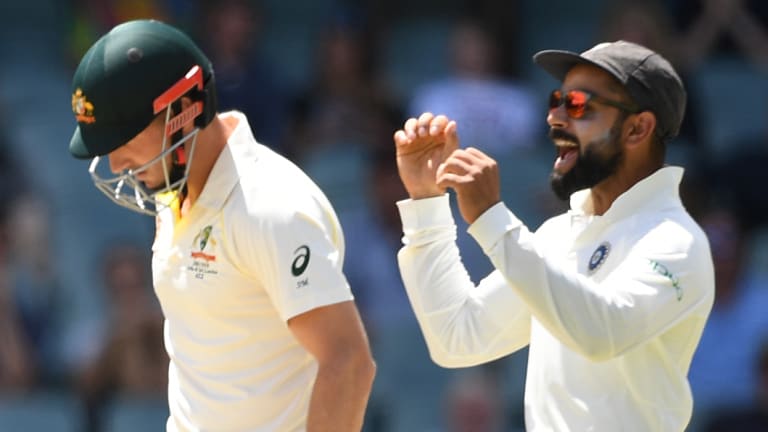 "We're searching for it, there's no doubt about that," he said.

"If we've got to keep making some changes (we will), because we know how important it is for successful teams."