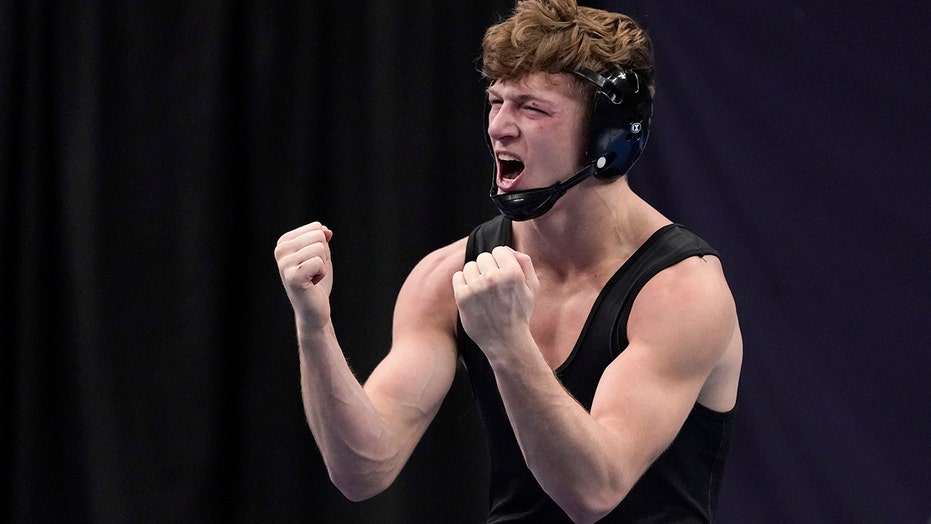 Shane Griffith appeared to give Stanford University one last hurrah at the NCAA Wrestling Championships on Saturday, defeating Pittsburgh’s Jake Wentzel in the 165-pound bout and making one last state: Keep Stanford Wrestling.

Stanford announced that wrestling was going to be cut amid the coronavirus pandemic. Griffith, who wore a black singlet without a name on it, defeated Wentzel. The victory ignited chants of “Keep Stanford Wrestling” at the Enterprise Center in St. Louis, Mo., according to NJ.com.

“I was actually not planning on wrestling this season given our circumstances at Stanford,” Griffith said after the match, via the San Francisco Chronicle. “It just seemed unfeasible to get where I wanted to be at the time. Then, along the way, I saw the coaches stay motivated — trust the process, almost, it’s kind of cliché.

“In the middle of the night one night, I just texted my dad, I said, ‘You know what? We’re not going to question it, we’re going to rip it.’”

The “Keep Stanford Wrestling” campaign raised about $12 million to keep it going, start a woman’s program and explore legal options to fight. When he was asked what people could do to help the fight, the New Jersey native said to email Stanford officials.

“We’re going to keep fighting the fight, whether it’s a week-long battle, year-long, 10 years, who knows,” he said. “There is nothing more we’re trying to do than keep this program at Stanford. The way things are rolling right now, I think we have a good shot.”

Stanford announced the cuts in July amid a summer of uncertainty around the coronavirus pandemic.