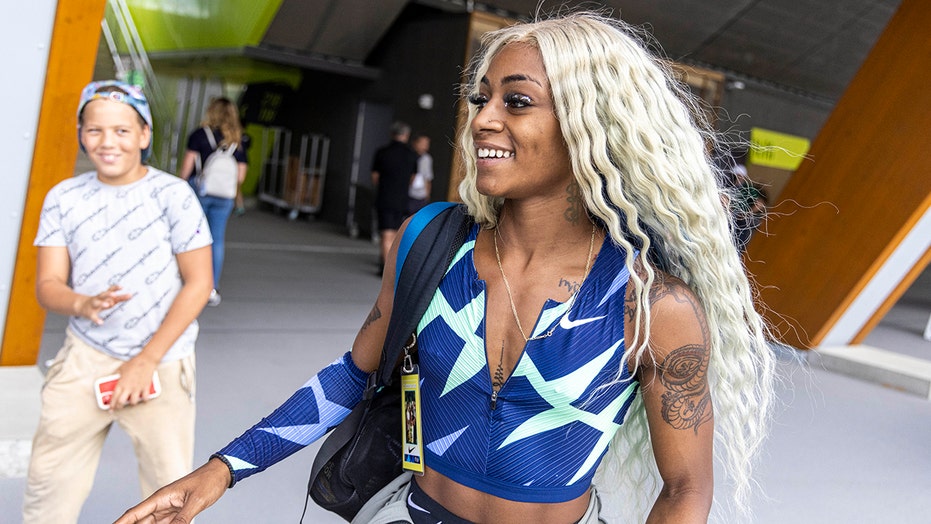 Sha’Carri Richardson made her return to the track but was a huge let down.

Richardson, who was disqualified from the Tokyo Olympics because of a positive marijuana test, competed at the Nike Prefontaine Classic at the University of Oregon on Saturday and finished in last place with an 11.14 time in the women’s 100-meter dash.

She competed against eight other runners, including three Jamaican Olympians who took home gold, silver, and bronze in Tokyo.

Elaine Thompson-Herah finished in came in first place with a personal-best 10.54 finish. Jamaicans Shelly-Ann Fraser-Pryce and Sherika Jackson followed Thompson-Herah to the finish line, the same 1-2-3 finish as the Olympics.

Even though Richardson was disappointing in her return to the track, she had a trackside interview with NBC that went viral on social media. Richardson said that she was “not upset at myself at all” despite the ninth-place finish.

“This is one race,” Richardson said. “I’m not done. You know what I’m capable of. Count me out if you want to. Talk all the s–t you want. Because I’m here to stay. I’m not done. I’m the sixth fastest woman in this game ever. Can’t nobody ever take that from me.”

Richardson won the 100-meter dash on the same track at the U.S. Olympic track and field trials back in June before she was handed a 30-day suspension that kept her off the U.S. team as part of the relay pool, even though her suspension would have been served by the time of the 4×100 race.